Iran has warned U.S. forces for the third time in 72 hours to cease any further advance into the Persian Gulf, predicting catastrophic outcomes if they do not retreat.

An Iranian cleric first cautioned the USS Abraham Lincoln Carrier Strike Group now gathering in the region could be destroyed with ease.

“Their billion [-dollar] fleet can be destroyed with one missile,” Ayatollah Yousef Tabatabai Nejad was quoted as saying by the ISNA news agency after Friday prayers in Isfahan, according to Reuters.

This was followed by a second warning on Saturday when a top commander in Iran’s elite Islamic Revolutionary Guard Corps said the United States “wouldn’t dare to launch military action against us” and cautioned of a fiery response if that happened.

Yadollah Javani, the IRGC’s deputy head for political affairs, spoke after U.S. Secretary of State Mike Pompeo threatened a “swift and decisive” response to any attack by Iran.

On Sunday a third caution was issued by Iran, when a senior Iranian Revolutionary Guards commander said the U.S. military presence in the Gulf used to be a serious threat but now represents a target, the Iranian Students’ News Agency (ISNA) reported.

“An aircraft carrier that has at least 40 to 50 planes on it and 6,000 forces gathered within it was a serious threat for us in the past but now it is a target and the threats have switched to opportunities,” said Amirali Hajizadeh, head of the Guards’ aerospace division.

“If (the Americans) make a move, we will hit them in the head,” he added, according to ISNA.

The increasingly strident threats come after the White House announcement last Sunday it would send the USS Abraham Lincoln aircraft carrier strike group and B-52 bombers into the Persian Gulf to counter Tehran. The Lincoln on Thursday passed through the Suez Canal on its way to its new assignment, as Breitbart News reported.

The USS Abraham Lincoln is a Nimitz-class, nuclear-powered aircraft carrier. Commissioned in 1989, it has berthing to carry over 6,000 officers and enlisted sailors. At 332 meters (1,092 feet), it is nearly as long as the Empire State Building is tall.

The carrier has a 4.5-acre flight deck that carries F-18 Super Hornet fighter jets, MH-60 Seahawk helicopters and other aircraft. 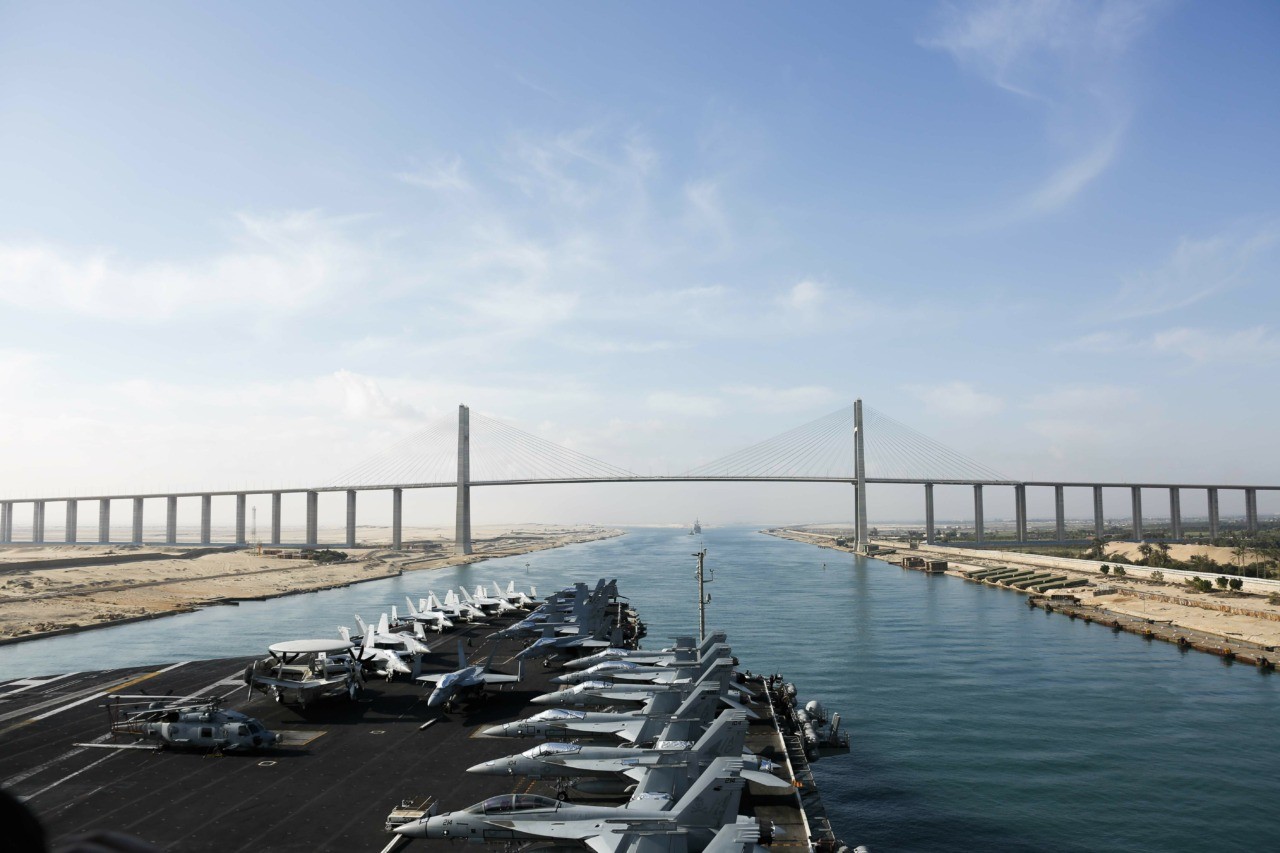 The Nimitz-class aircraft carrier USS Abraham Lincoln transits the Suez Canal in Egypt. The aircraft carrier and its strike group are deploying to the Persian Gulf on orders from the White House to respond to an unspecified threat from Iran. (Mass Communication Specialist Seaman Dan Snow, U.S. Navy via AP)

“The deployment of the USS Abraham Lincoln Carrier Strike Group and a bomber task force are considered a prudent step in response to indications of heightened Iranian readiness to conduct offensive operations against US forces and our interests,” acting Pentagon spokesman Charles Summers said in a statement announcing the initial deployment of the warship.

“We emphasize the White House statement that we do not seek war with the Iranian regime, but we will defend U.S. personnel, our allies and our interests in the region.”

The last armed naval confrontation between Iran and the U.S. was in 1988.