Although Salami offered no direct evidence to support his boast, analysts are guessing he may be referring to Tehran’s downing of an American drone in June, or not – nobody knows.

Salami’s comments, while not unusual for Iranian officials who are known to make extravagant claims of military prowess and battlefield victories, come amid heightened international tensions over Iran’s nuclear program and a series of incidents that have raised fears of a confrontation between Tehran and its other main regional rival, Riyadh.

Just 24-hours before Salami’s protestation of “victory” over the U.S. he warned that destroying arch-enemy Israel was an “achievable goal,” as Breitbart News reported.

“This sinister regime must be wiped off the map and this is no longer … a dream (but) it is an achievable goal,” he said, quoted by the Guards’ Sepah news site. 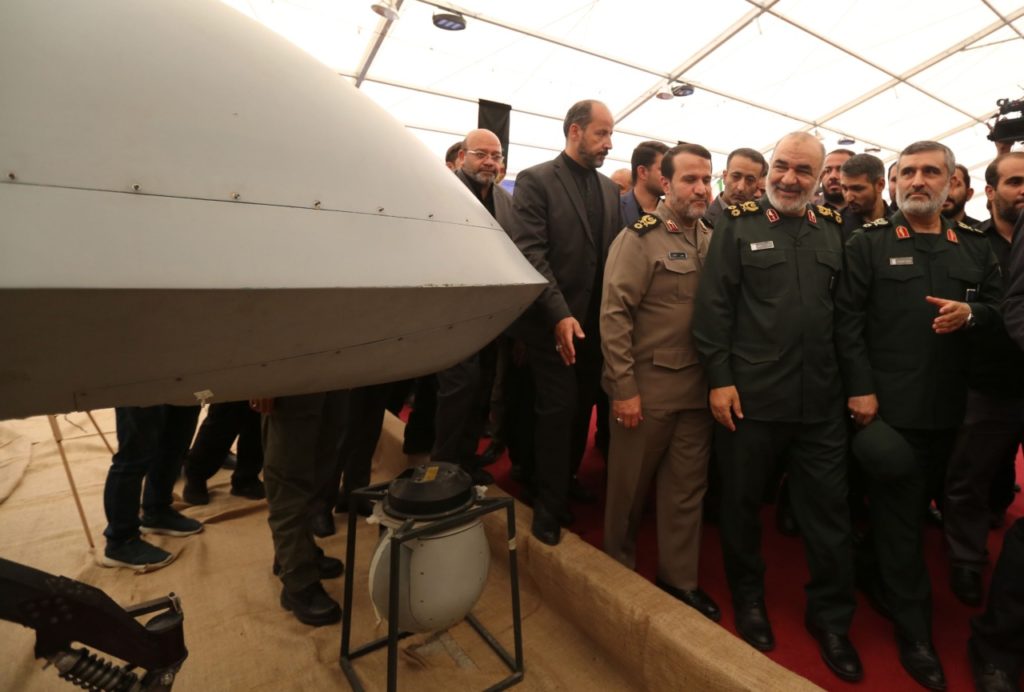 Iranian Revolutionary Guards commander Major General Hossein Salami (2-R) visits Tehran’s Islamic Revolution and Holy Defence museum during the unveiling of an exhibition of what Iran says are U.S. and other drones captured in its territory. Salami warned any country that attacks the Islamic republic will see its territory become the “main battlefield”. (ATTA KENARE/AFP/Getty Images)

Four decades on from Iran’s Islamic revolution, “we have managed to obtain the capacity to destroy the imposter Zionist regime”, he concluded.

Last month Salami said Iran has special “hidden” military powers it is ready to unleash at any moment on an unsuspecting world, as Breitbart News reported.

Salami again offered no evidence to back his claim of the so-called “hidden” powers of military persuasion.

Instead he warned enemies of his country of secret capabilities of Iran, adding Tehran has significantly enhanced its military power to create threats and problems unknown and unexpected for anyone who opposes it.

Also in September Salami said Iran’s enemies quake in fear at Tehran’s military power, claiming “we are so powerful that they are forced to falsely accuse us to be behind any incident.”