Iran’s security forces made eight arrests Thursday of people it accuses of having direct links to the U.S. Central Intelligence Agency (CIA) and orchestrating the recent riots over gasoline prices that have convulsed the country.

An Intelligence Ministry official quoted by the Tasnim news agency IRNA said the U.S. is using covert means to bring down the Islamic Republic. 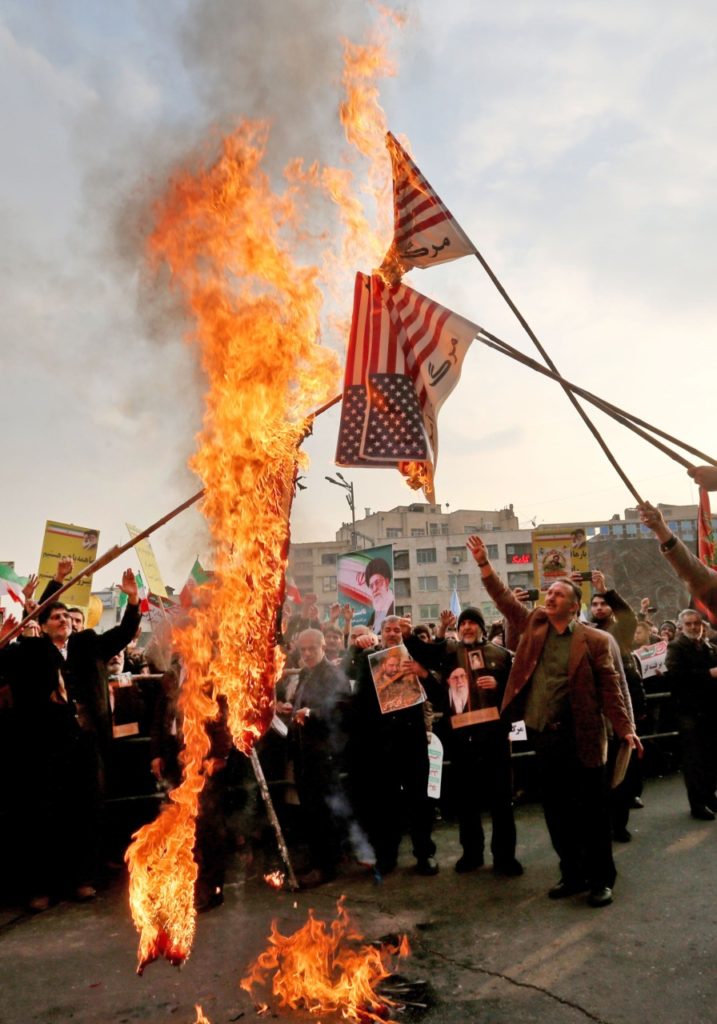 “These elements that had received CIA-funded training in various countries to gather information under the guise of citizen-journalists had been monitored for quite a long time,” the official said, adding they had received orders to attend the riots and to prepare exact reports, especially videos.

“Six of them were arrested while attending the riots and carrying out orders of (U.S.’s) intelligence services and two others were identified and apprehended while trying to … send information abroad before they could leave the country,” the official added, according to Press TV.

As Breitbart News reported, Iranian Interior Minister Abdolreza Rahmani Fazli admitted during a television interview on Wednesday that at least 200,000 people participated in the protests inspired by rising gas prices across a hundred towns and cities.

Reuters noted while the Iranian regime has given no official numbers for civilians killed, injured, and arrested during the crackdown, outside human rights groups have estimated anywhere from 140 to 400 deaths.

One Iranian lawmaker who sits on the national security committee said there were over 7,000 arrests.

U.S. Secretary of State Mike Pompeo said on Tuesday Iran can expect even more sanctions pain as punishment for its brutal crackdown on protesters last week – a bloodbath documented by thousands of online communications, photos, and videos collected by the United States after Tehran’s blackout of the Internet was lifted.

“We will continue to sanction Iranian officials who are responsible for these human rights abuses,” Pompeo vowed.

Pompeo saluted the “courageous people of Iran who refuse to stay silent about 40 years of abuse by the ruling regime” and promised, “The United States hears you, we support you, and we will continue to stand with you.”