Satellite images from ImageSat International also showed an underground tunnel being constructed at the Imam Ali military base in the al-Bukamal region of Syria, which is said to be under Iranian control. 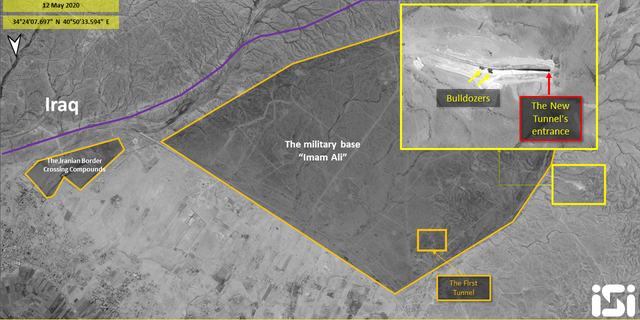 “The tunnel’s characteristics are suitable for trucks and big vehicles’ shelter. The tunnel, once operational, might be utilized to securely store weapon systems, possibly advanced, for protecting them from airstrikes. 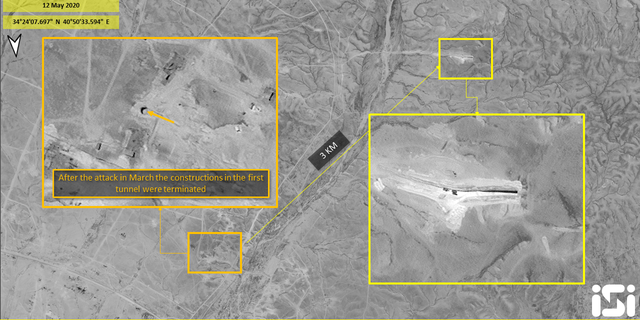 The “military base is being built in a short-term construction process using high-resource investment in both funds and human resources,” ImageSat said. 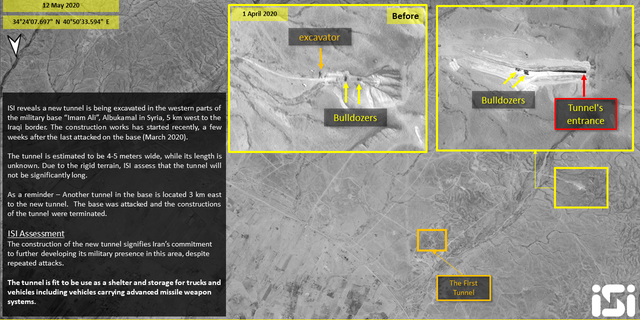 The report seems to run counter to remarks made last week by senior Israeli defense officials who contested that Iran was withdrawing its forces from Syria as a result of airstrikes attributed to Israel.

“In Syria there is an imaginary battle that Israel is waging, called ‘not allowing the presence of Iranian military troops in Syria,’” Hassan Nasrallah said in a televised speech.

According to Nasrallah, only “Iranian military advisers and experts,” – and not fighters – are in Syria.

Israel is targeting “everything related to missile manufacture in Syria,” he added.

According to the terror chief, Israeli Defense Minister Naftali Bennett was “foolish” when he announced “a schedule for getting Iran out of Syria.”

Bennett was “lying when touting the achievements of the strikes in Syria to the Israeli public,” Nasrallah said.

“Hezbollah forces and Iranian advisers will remain in Syria according to the Syrian interest. Israeli attacks won’t change this,” he added.