Facebook permanently banned French comedian Dieudonne on Monday, saying the convicted anti-Semite had been deleted both from its platform and Instagram for publishing content that belittled Holocaust victims.

It also said some of his posts used “dehumanising terms against Jews.”

“In line with our policy on dangerous individuals and organisations, we have permanently banned Dieudonne M’Bala M’Bala from Facebook and Instagram,” the company said in a statement, using his full name.

“Banning a person permanently from our services is a decision that we always weigh carefully, but individuals and organisations that attack others on the basis of what they are do not have a place on Facebook or Instagram,” it added.

The French-born 54-year-old comedian, who goes by his first name Dieudonne, had his YouTube channel cut off for similar reasons in June by mother company Google.

Dieudonne has a long history of antagonising Jews and questioning the historical veracity of the Holocaust both in Europe and beyond, as Breitbart News reported.

He was sentenced to two months in jail by a Belgian court in 2015 for racist and anti-Semitic comments he made during a show in Belgium. As Breitbart London reported, he insisted he is not anti-Semitic and made the remarks in Liege in 2012.

The European Court of Human Rights has also ruled against Dieudonne in a separate case. It judged freedom of speech did not mean his performances could be racist or anti-Semitic. Dieudonne was at that time appealing against a fine he received from a French court in 2009 for inviting a Holocaust denier on stage.

In March 2015, Dieudonne was found guilty by a French court of condoning terrorism and given a two-month sentence.

He took to Facebook after the Charlie Hebdo killings and insulted users of the ‘Je suis Charlie’ meme by saying he identified more closely with Islamist terrorist Amedy Coulibaly who killed four at the Paris kosher supermarket than the victims. 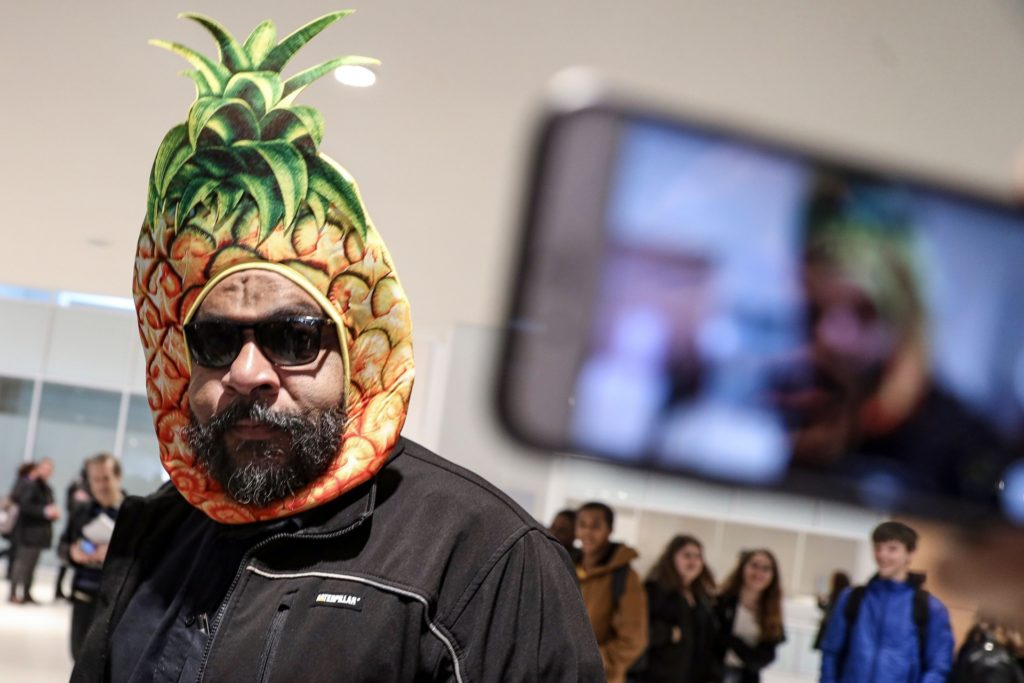 Controversial French comic Dieudonne M’bala M’bala arrived dressed as a pineapple at the Paris courthouse on March 26, 2019, in Paris. He faced  charges of tax evasion and money-laundering. (KENZO TRIBOUILLARD/AFP via Getty Images)

The International League Against Racism and Anti-Semitism welcomed the latest ban as a “great victory”, saying Dieudonne’s posts “have done considerable and irreparable damage among young people.”

The French government has tried on several occasions to shut down the shows of Dieudonne who rails against the “Zionist lobby” which he claims controls the world through banking, finance and industrial cabals known only to a small circle of families.