Israel now boasts the dubious distinction of the highest rate of daily coronavirus infections per capita in the world. Israeli television reports made the claim, citing data from Johns Hopkins University.

Israel averaged 199.3 new cases a day per one million citizens for the week ending September 2, reports by Channels 12 and 13 said, beating out Brazil’s former top ranking which had 188 new cases per day per million people.

Israel’s death toll on Saturday passed the 1,000 mark and Tuesday saw more than 3,400 new cases in a 24-hour period, the highest number of recorded cases since the start of the outbreak in mid-March.

Israel has recorded close to 130,000 coronavirus cases.  A total of 467 are in serious condition, including 134 on ventilators. Around 35,000 tests are conducted on a daily basis. 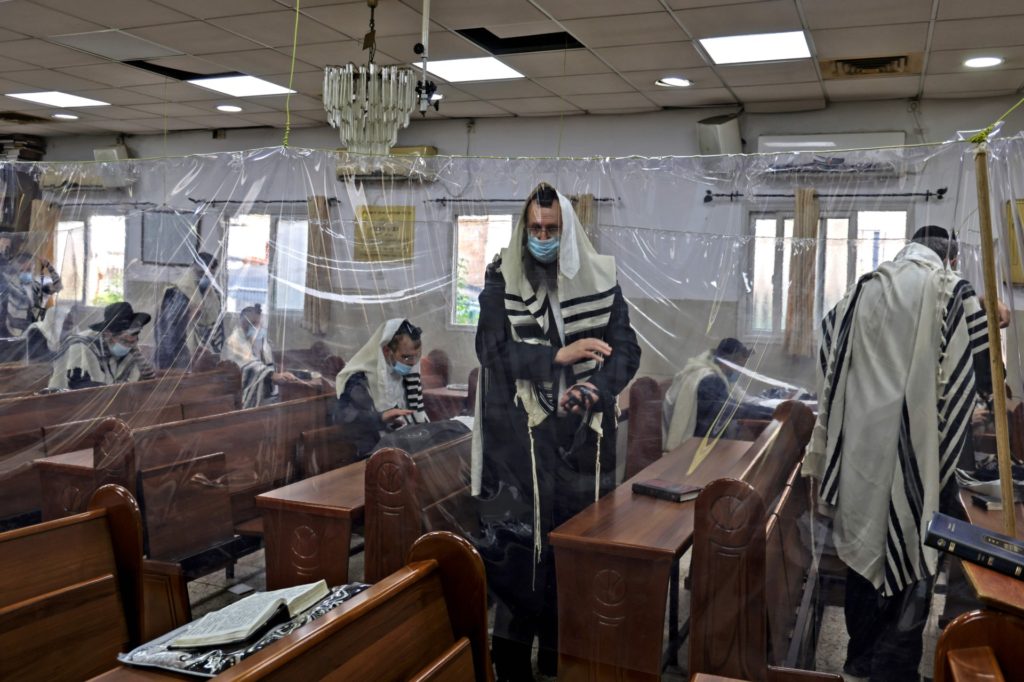 Ultra-Orthodox Jews pray in a synagogue divided with plastic sheets in the religious Israeli city of Bnei Brak amid measures put in place by Israeli authorities in a bid to stop the spread of Covid-19.  In March, Bnei Brak was an initial “rebel” against the government’s coronavirus rules, compelling authorities to deploy soldiers to help police impose containment measures. But after infection rates peaked across the country, Israel on Monday imposed new, partial confinement on 40 cities, including northern Arab areas — and in ultra-Orthodox Bnei Brak. (MENAHEM KAHANA/AFP via Getty Images)

Israel received global acclaim after being one of the first countries to spot the dangers early on and take precautions, including closing its borders, imposing a national lockdown as early as March and using controversial anti-terror technology to track confirmed cases.

It fared well during the first wave and was down to a dozen new cases a day but many critics said schools and businesses opened too early.

The government on Tuesday approved  a week-long nightly curfew in 40 “red cities” with high infection rates but was met with pushback from mayors and municipal leaders, some of whom said they would not comply with the new guidelines.

Israel’s  coronavirus czar Ronni Gamzu on Tuesday warned those cities, many of which have either a high concentration of Arab or ultra-Orthodox Jewish populations, have the highest infection rates in the world.

A report released by State Comptroller Matanyahu Engleman found women, the elderly and people from poor socioeconomic backgrounds were the hardest-hit populations in Israel. 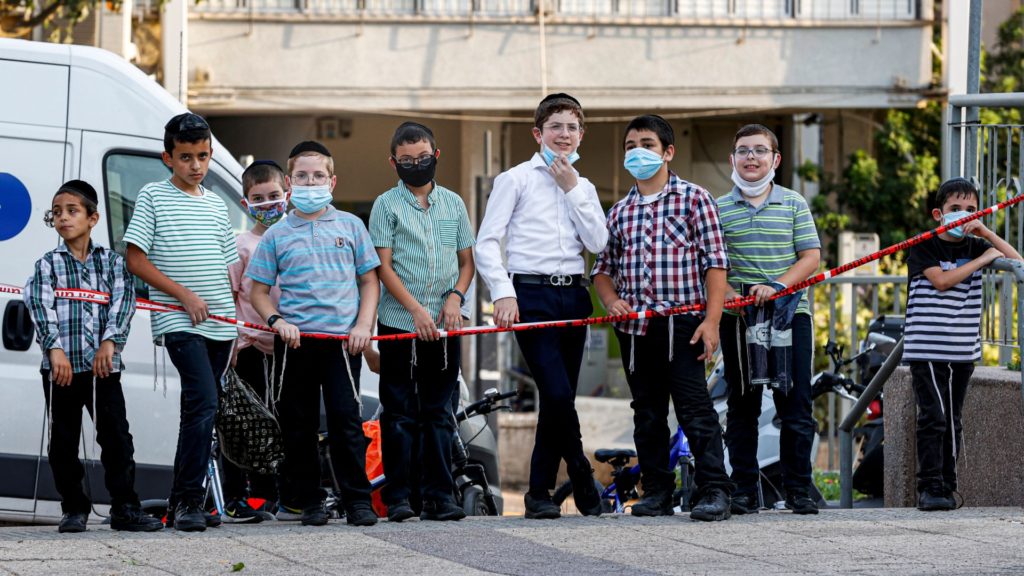 Children with masks stand on a street in the ultra-Orthodox Israeli city of Bnei Brak on September 6, 2020.  Israel passed the milestone of 1,000 novel coronavirus deaths this weekend after the toll tripled over the summer (JACK GUEZ/AFP via Getty Images)