As Prime Minister Benjamin Netanyahu enters his second day of quarantine after meeting with a coronavirus carrier, his strategic advisor Aaron Klein told i24NEWS the Israeli leader’s policy is to purchase as many vaccines as possible.

Netanyahu, who has undergone two negative coronavirus tests on Sunday and Monday, last week welcomed the arrival of Israel’s first batch of the Pfizer-BioNTech vaccine and said he would volunteer to be the first to be vaccinated.

“Soon Israel will be in a phenomenal position with regard to the fight against corona,” the top advisor added.

Klein, who prior to his current position served as Breitbart’s Jerusalem bureau chief, said he has spoken to the prime minister several times a day since he’s being in isolation and that he “sounds great and feels great.”

Netanyahu will remain in quarantine until Friday.

Israel is expected unroll its vaccination program as early as Saturday night. 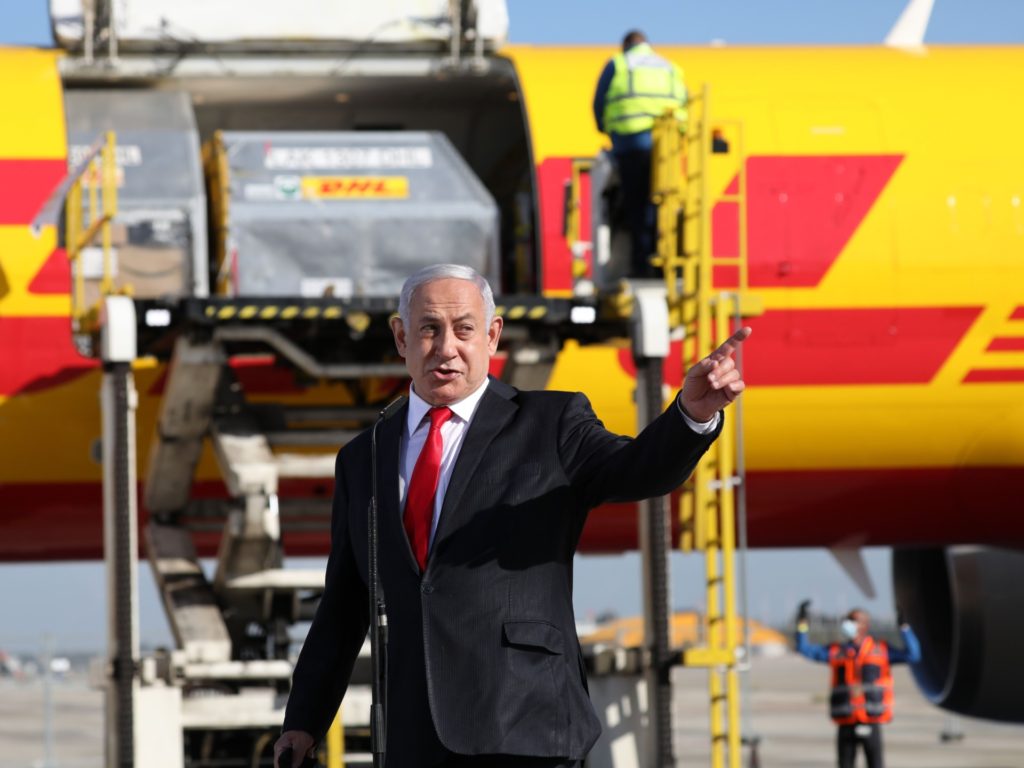 Israeli Prime Minister Benjamin Netanyahu gestures during a ceremony to mark the arrival of a plane of the international courier company DHL, carrying over 100,000 of doses of the first batch of Pfizer vaccines which landed at Ben Gurion Airport near Tel Aviv, on December 9, 2020. According to media reports, the launch of a national COVID-19 immunisation campaign is set to begin on December 20. (ABIR SULTAN/POOL/AFP via Getty Images)

“I have been serving as Prime Minister of Israel for more than a few years and this is one of the most moving moments that I have worked on very hard, for long months, with the Health Minister and the people of his ministry, in order to bring relief and a solution to the coronavirus pandemic.”

“We will bring millions of vaccines here for the citizens of Israel,” Netanyahu said. “We are here today on a great holiday for the State of Israel. We see the end. We still need to follow the rules regarding masks, hands and distancing, but the end is in sight.”

He added it was “not self-evident that the State of Israel, a country with nine million inhabitants, receives the vaccines at the same time as the leading countries of the world.”

Speaking to i24NEWS, Klein addressed the recent normalization deal with Morocco and said there were more peace deals with Arab countries in the offing.

“I think that what we’re seeing now is an outpouring of willingness from Arab countries and Muslim countries from around the world to orient themselves toward Israel; to open diplomatic relations,” he said.