Israeli archaeologists have unearthed dozens of 2,000 year old Dead Sea biblical scrolls, in a stunning discovery in a desert cave.

The unearthed trove also includes a host of other artifacts including a huge, intact 10,500-year-old woven basket, the oldest of its kind.

“For the first time in approximately 60 years, archaeological excavations have uncovered fragments of a biblical scroll,” the Israel Antiquities Authority (IAA) said in a statement.

The scroll parchments are Greek translations from the books of Zechariah and Nahum from the Book of the Twelve Minor Prophets, with only the name of God is written in Hebrew in the texts and were discovered after archeologists rappelled down a steep cliff and dug in the so-called Cave of Horror, named for the dozens of skeletons excavated there in the 1960s.

“The desert team showed exceptional courage, dedication and devotion to purpose, rappelling down to caves located between heaven and earth, digging and sifting through them, enduring thick and suffocating dust, and returning with gifts of immeasurable worth for mankind,” said Israel Antiquities Authority’s director Israel Hasson said.

“The newly discovered scroll fragments are a wake-up call to the state. Resources must be allocated for the completion of this historically important operation. We must ensure that we recover all the data that has not yet been discovered in the caves before the robbers do. Some things are beyond value,” Hasson added.

One fragment reads: “These are the things you are to do: Speak the truth to one another, render true and perfect justice in your gates.”

The IAA said it had also excavated a 6,000 year old skeleton of a child, arrowheads and coins believed to be from the Bar Kochba revolt period and the woven basket. 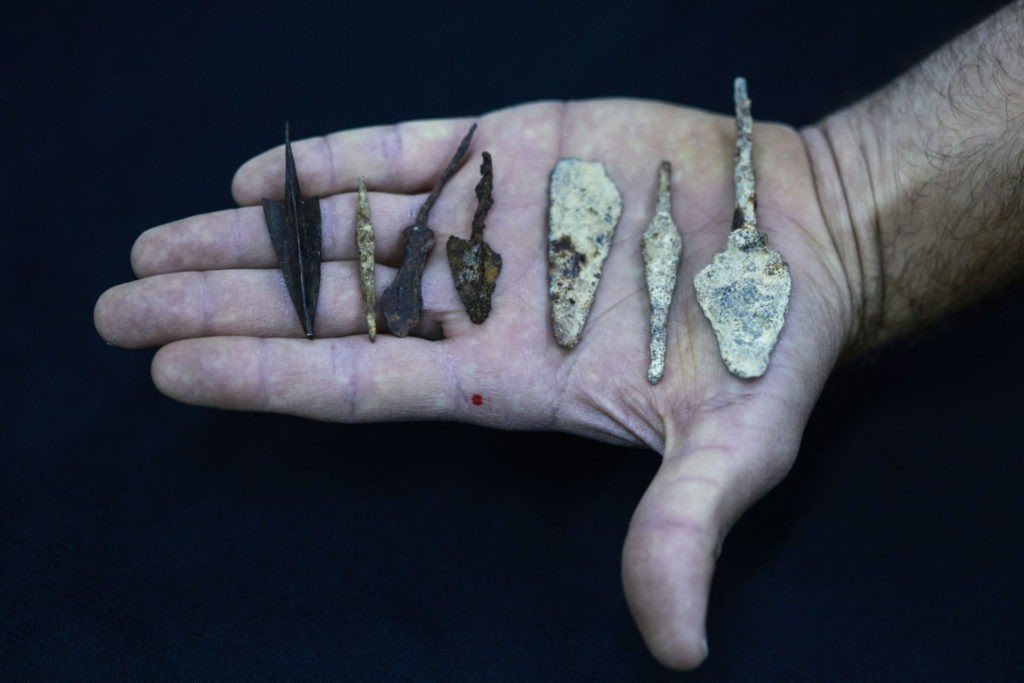 An archaeologist at the Israel Antiquities Authority (IAA) shows arrowheads from the Bar Kochba Jewish revolt period dating back to 132136 CE, excavated from an area in the Judean Desert, after conservation work is done at the IAA’s Dead Sea conservation laboratory in Jerusalem, on March 16, 2021. (MENAHEM KAHANA/AFP via Getty Images)

“As far as we know, this is the oldest basket in the world that has been found completely intact and its importance is, therefore, immense,” the IAA said.

One IAA archaeologist said returning to excavate the Cave of Horror happened by accident after she stumbled on a Roman-era sandal during a bathroom break.

“I crouched to pee and suddenly I saw something that didn’t look like sand, and I realized it was a sole of a shoe,” Oriya Amichay told the Haaretz newspaper, adding that her male colleagues would likely have missed it. 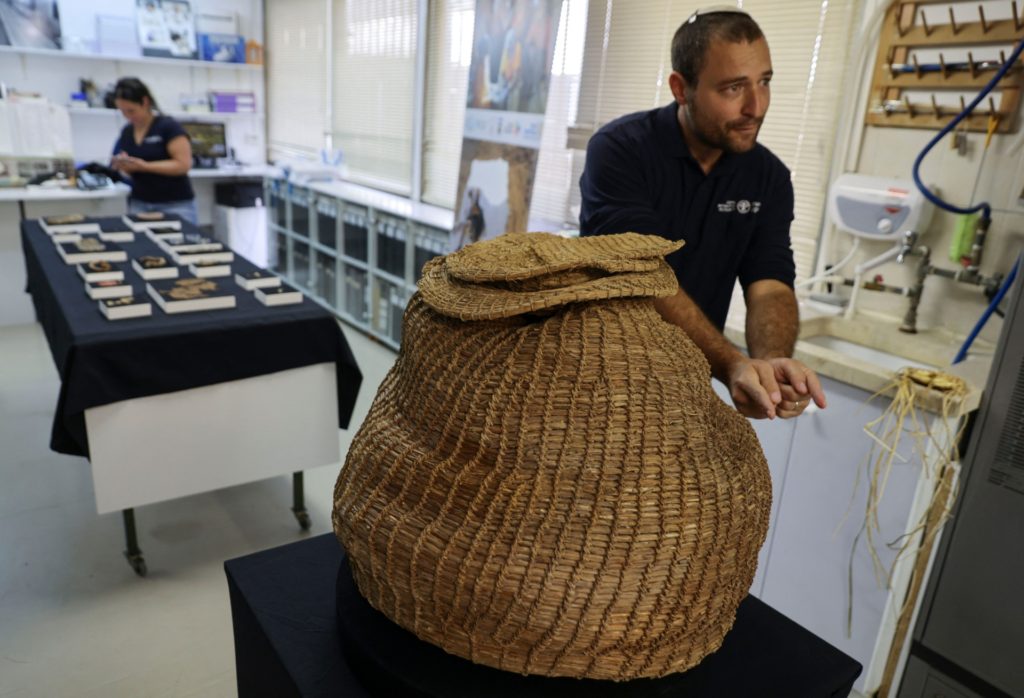 Archaeologist at the Israel Antiquities Authority Haim Cohen shows a 10500-year-old basket dating back to the Neolithic period unearthed in Murabaat Cave in the Judean Desert, displayed at the IAA’s Dead Sea conservation laboratory in Jerusalem. (MENAHEM KAHANA/AFP via Getty)