Israeli Defense Minister Benny Gantz on Wednesday warned Iran was only two months away from obtaining a nuclear bomb, and called on the world to find a “Plan B” to stop it in time.

“Iran is only two months away from acquiring the materials necessary for a nuclear weapon,” Gantz told a group of some 60 foreign ambassadors.

“We do not know if the Iranian regime will be willing to sign an agreement and come back to the negotiation table, and the international community must build a viable ‘Plan B’ in order to stop Iran on its way toward a nuclear weapon,” he said. 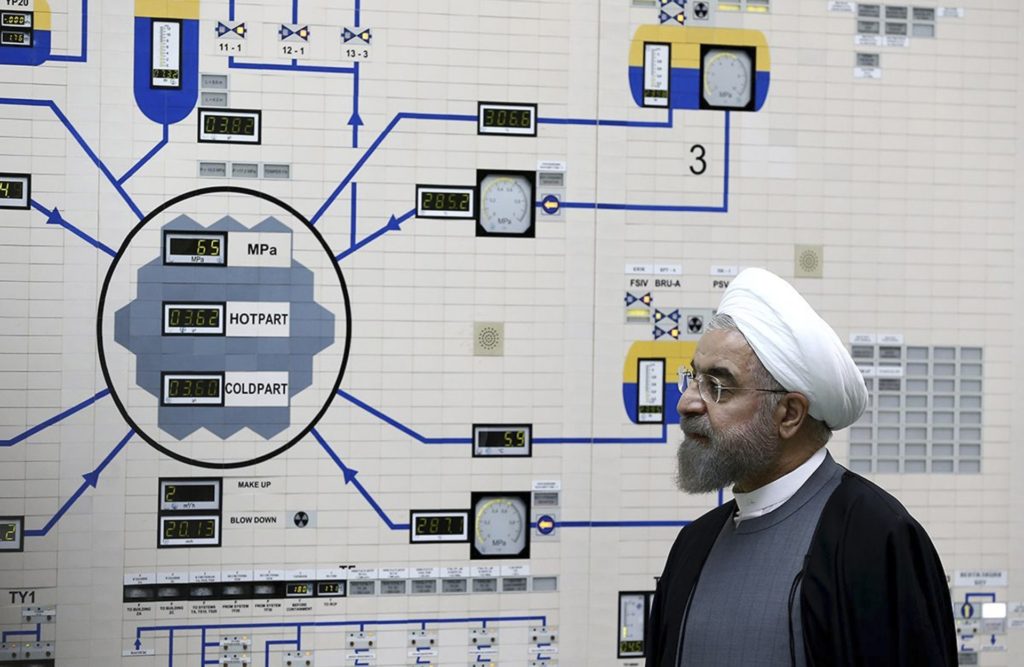 President Hassan Rouhani visits the Bushehr nuclear power plant just outside of Bushehr, Iran. The UN’s nuclear watchdog said, Tuesday, Aug. 17, 2021, Iran continues to produce more uranium metal, which can be used in the production of a nuclear bomb, in a move that further complicates the possibility of reviving a landmark 2015 deal with world powers on its nuclear program. (AP Photo/Iranian Presidency Office, Mohammad Berno, File)

“Iran has the intention to destroy Israel and is working on developing the means to do so,” he said. “Israel has the means to act and will not hesitate to do so. I do not rule out the possibility that Israel will have to take action in the future in order to prevent a nuclear Iran.”

His remarks came a day before Israeli Prime Minister Naftali Bennett will present a plan to stop Iran to President Joe Biden at the White House.

“We will present an orderly plan that we have formulated in the past two months to curb the Iranians, both in the nuclear sphere and vis-à-vis regional aggression,” Bennett told the government at the start of its weekly meeting on Sunday.

“Iran is behaving in a bullying and aggressive manner throughout the region. I will tell President Biden that it is time to stop the Iranians, to stop this thing, not to give them a lifeline in the form of re-entering into an expired nuclear deal – it is no longer relevant, even by the standards of those who once thought that it was,” he said.

The Biden administration has attempted to reenter the accord by holding indirect talks in Vienna for the past several months, but the efforts were frozen after hardliner Ebrahim Raisi’s appointment as Iranian president. The Trump administration withdrew from the Obama-negotiated deal in 2018. 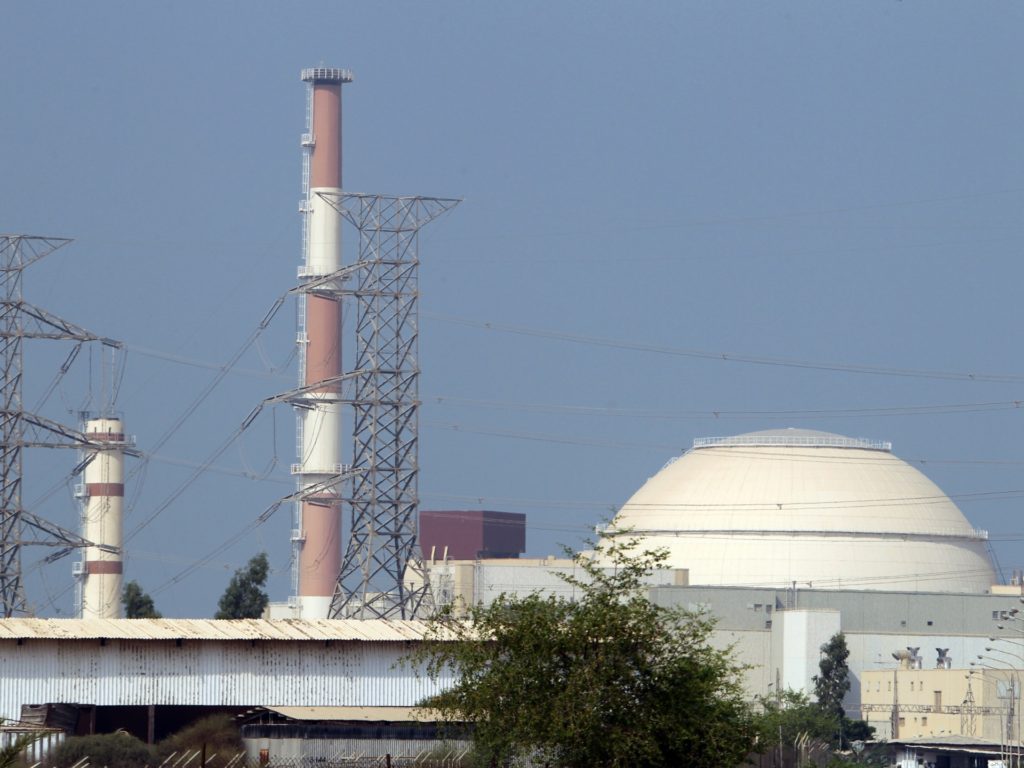 The UN’s nuclear watchdog last month reported that Iran had produced enriched uranium to more than 60% purity, a short step from weapons-grade. The International Atomic Energy Agency (IAEA) also said Tehran has produced 200 grams of enriched up to 20 percent, the ingredient comprising the core of a nuclear bomb.

Under the deal, Iran is barred from producing the metal and the U.S. has said Tehran “has no credible need to produce uranium metal.”

“Iran is advancing rapidly with uranium enrichment and has already significantly shortened the time that it would take for them to accumulate the material required for a single nuclear bomb,” Bennett said.