Vice News reporter Isobel Yeung asked an Israeli general how it is “proportionate or justifiable” for Israel to defend itself against Hamas terrorists because fewer people were killed in Israel than in Gaza during the 2021 conflict.

While interviewing Maj. Gen. Norkin, Commander of the Israeli Air Force, Yeung acknowledged that Hamas launched thousands of rockets into Israel but followed up, “The Israeli defense forces have killed 20 times the number of Israelis who have been killed. How is it proportionate or justifiable to be using this machinery in a very densely civilian-populated area?”

Norkin responded, “Well, this is not the way that I would, like, describe the situation.”

Interrupting, the Vice reporter said, “But that is the situation, I mean 20 times the number of people that you’ve killed versus the number of Israelis that have died.”

Norkin continued, “The situation is that we don’t want to act. We react because we cannot accept the Hamas or the Islamic Jihad is launching rockets to Jerusalem or towards any other city, so we use–“

Yeung interrupted again to say both sides say they are acting in self-defense and there is a power imbalance between Israel and the radical jihadist group. She asked the major general, “As the stronger side, do you [Israel] accept the responsibility for the disproportionate number of civilians that have died?” 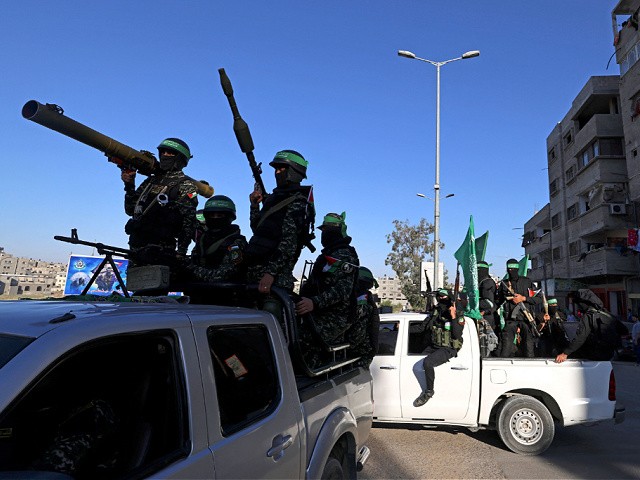 Members of the Ezzedine al-Qassam Brigades, the armed wing of the Palestinian Hamas movement, parade in Gaza City on June 7, 2021. (Photo by MOHAMMED ABED/AFP via Getty Images)

Standing firm, the major general rhetorically asked, “Should I apologize because I’m stronger? No … I am not attacking citizens,” a tactic used by Hamas when they target Israelis. “They [Hamas] launch rockets toward the center of the cities. They want, and they declare, they want to kill Israeli citizens,” Norkin concluded.

Yeung also interviewed Hasan al-Attar, whose daughter and grandchildren were, as he described, “martyred” during an Israeli air raid meant to reportedly destroy Hamas’s terror tunnels.

Speaking with Hamas terrorist Abu Khalid, Yeung asked why the jihadist group built tunnels under civilian areas. Khalid responded, “We are sacrificing ourselves … in order to ensure a better future for our children.”

While Khalid does not want Gazans to be harmed, he said, “This is the only choice we have. This is what we can do, and they are supporting us.” 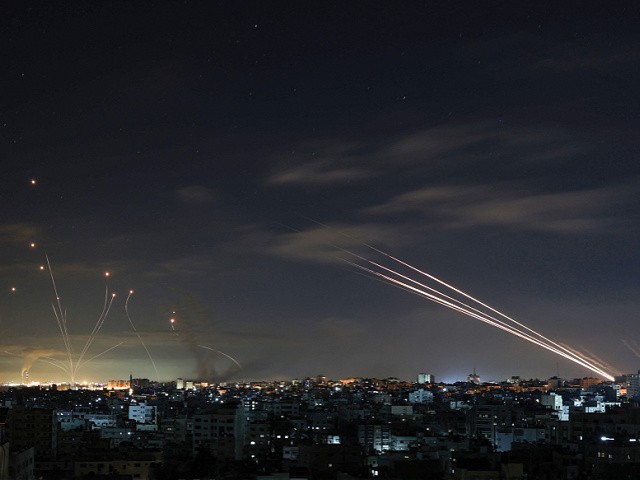 Yeung asked the major general to “accept the responsibility” for more Palestinian than Israeli deaths despite the fact that Hamas began the initial barrage of rockets on May 10, 2021, out of anger over a longstanding property dispute involving several homes in Sheikh Jarrah, East Jerusalem.

According to the anti-Israel U.N. Office of the High Commissioner for Human Rights, during the May wave of violence, 256 Palestinians in Gaza died, nearly half of whom were confirmed to be terrorists, and almost 2,000 were injured. Also included in the Gaza death toll are 21 people who died when 680 of the 4,300 rockets launched by Hamas misfired into Gaza.

Thirteen Israelis were killed, and hundreds were injured. This would not have been possible without Israel’s Iron Dome Missile Defense System, which intercepts 90 percent of the rockets. The disparate death toll can also be attributed to the Iron Dome that protects Israelis as a purely defensive technology.