Israeli ministers on Monday voted to ban travel to the United States, Canada and eight other “red” countries amid the spread of the omicron variant.

The move marks the first time the U.S. has been added to the no-fly list. When the pandemic reached Israel in mid-March 2020, Israel refrained from restricting travel to the U.S., its closest ally, over concerns it would damage the relationship with the Trump administration.

Pending a final approval of a parliamentary committee, travel will be barred to the U.S., Italy, Germany, Belgium, Hungary, Canada, Morocco, Portugal, Switzerland and Turkey as of midnight on Tuesday.

Last month, Israel implemented the world’s most aggressive effort to stave off the new Omicron variant and barred entry to all foreign nationals. The country also ordered returning citizens to quarantine regardless of their vaccination status.

More than 4.1 million of Israel’s total population of 9.3 million have received the booster shot of the Pfizer/BioNTech vaccine. 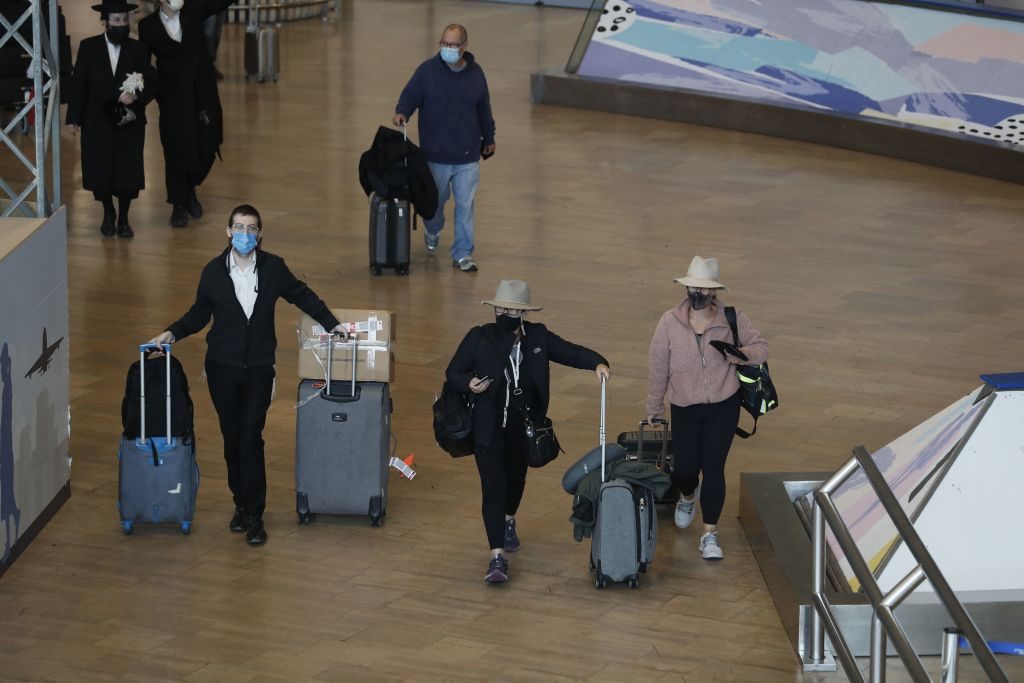 Passengers arrive to Israel’s Ben Gurion Airport in Lod, east of Tel Aviv, on November 28, 2021. Israel closed its borders to all foreigners on November 28, 2021 in a bid to stem the spread of the new Omicron variant of the coronavirus. (AHMAD GHARABLI/AFP via Getty)

Still, numbers have crept up to more than 1,000 new daily infections, the highest since October.

Israeli Prime Minister Naftali Bennett on Sunday said that Israel was on the verge of a fifth wave driven by the Omicron variant. He urged parents to vaccinate their children, and called on the country’s workforce to work from home where possible.

Bennett further warned on Monday that “most of Israel would likely catch omicron.”

The variant “is unusually contagious. If during Delta we saw a doubling [of cases] every 10 days, now the average is [a doubling] every day or two or three days,” he said.

“It is not inconceivable that many of us will unfortunately be infected, but this is not a big deal, because we are vaccinated,” he concluded.