CNN said Tuesday its own inquiry into the death of Al Jazeera journalist Shireen Abu Akleh earlier this month found she may have been deliberately targeted by Israeli troops, a charge the Israeli military described as “entirely unfounded.”

The veteran reporter was killed during a shoot-out between Palestinian terrorists and Israeli troops in the West Bank city of Jenin on May 11.

Israeli troops entered the Jenin refugee camp to detain terrorist suspects amid a wave of terror attacks that killed 19 people in Israel. Abu Akleh was killed towards the end of the raid, which saw an “enormous amount of gunfire explosive devices directed at troops,” the army said.

Footage from the scene shows Palestinian terrorists firing shots. At one stage, one of the terrorists yells out that an Israeli soldier was hit by gunfire but Israel’s foreign ministry later clarified that no soldiers were injured in the exchange.

The Israel Defense Forces has said that it was possible that she was mistakenly shot by Israeli fire, but said it was equally possible she was killed by a Palestinian bullet. The Palestinian Authority declined Israel’s request to conduct a joint investigation into her death and also refused to hand over the bullet to Israeli authorities to conduct a ballistic analysis.

IDF Military Advocate-General Brig.-Gen. Yifat Tomer-Yerushalmi on Monday said the Israel must fully investigate but added that the PA’s refusal to transfer the bullet for forensic examination  “leaves doubt regarding the circumstances of her death.”

The CNN report, titled, “‘They were shooting directly at the journalists’: New evidence suggests Shireen Abu Akleh was killed in targeted attack by Israeli forces,” claims to have spoken to both experts and eye witnesses who corroborated the claim of Israeli culpability. 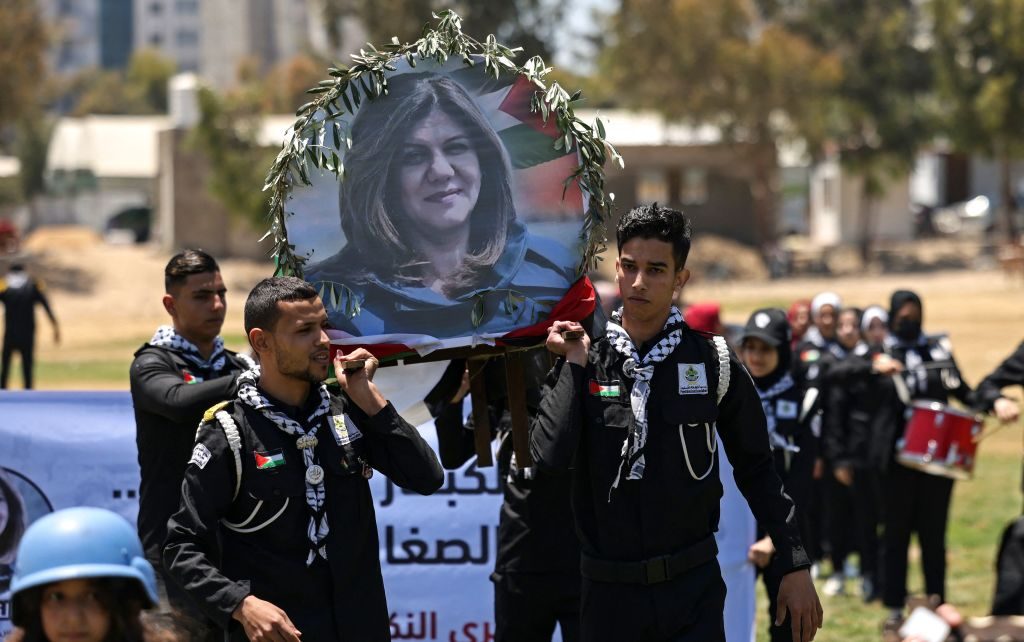 Salim Awad, a local resident who filmed the incident, told CNN that there were no armed Palestinians in the area.

“There was no conflict or confrontations at all. We were about 10 guys, give or take, walking around, laughing and joking with the journalists,” he told the news network. “We were not afraid of anything. We didn’t expect that anything would happen, because when we saw journalists around, we thought it’d be a safe area.”

Jamal Huwail, a professor at Jenin’s Arab American University who claimed to be another eye witness, told CNN that “They were shooting directly at the journalists.”

As some pundits pointed out on social media, eye witness accounts from Jenin residents are dubious at best since Palestinians who express views that counter those of the government in Ramallah are subject to harsh punishments, ranging from prison sentences to death.

The report also cited Chris Cobb-Smith, a security consultant and British army veteran, who said images of bullet impressions left on a tree close to where Abu Akleh was hit were indicative of controlled, targeted shots. 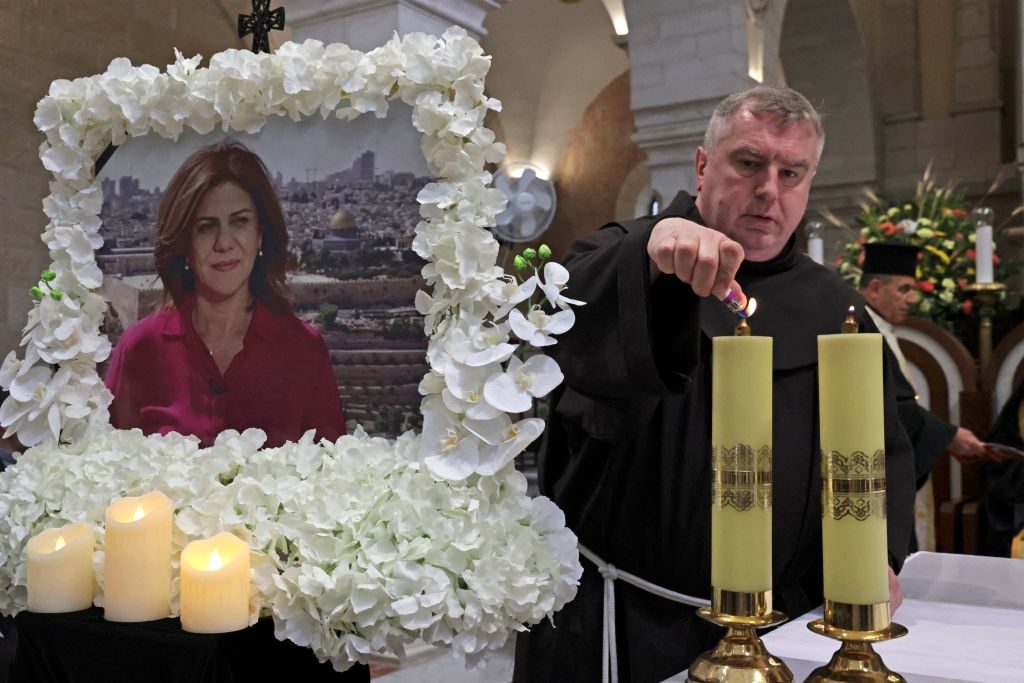 Priests pray during a mass held for slain al-Jazeera reporter Shireen Abu Akleh at the the Church of the Nativity in the West Bank biblical city of Bethlehem on May 16, 2022. (HAZEM BADER/AFP via Getty)

“The number of strike marks on the tree where Shireen was standing proves this wasn’t a random shot, she was targeted,” he said.

The report also cited a senior Israeli security official as saying: “In no way would the IDF ever target a civilian, especially a member of the press.”

Responding to the CNN report, the IDF released a statement saying: “The IDF has been investigating the circumstances of the reporter’s death in a thorough manner since the incident. The interim investigation revealed it was not possible to determine the source of the shooting. The claim that the shooting was intentional has no basis.”

Israeli Deputy Foreign Minister Idan Roll said: “CNN’s claims that the IDF intentionally shot journalist Shireen abu Akleh have no basis.”
“The IDF acts in Jenin only to prevent terrorism against Israel’s citizens. This report is filled with inaccuracies and unreliable testimonies. We once again call on the Palestinians to cooperate with Israel in the investigation of the incident, but they continue to refuse. What do they have to hide?”