Pro-regime publications in Iran excused the poor performance of its soccer team in its FIFA World Cup debut with multiple articles on Tuesday blaming the anti-Islamist protest movement that has rallied unabated for months for waging “psychological warfare” against the players.

Iran is experiencing an ongoing wave of deadly protests following the death of 22-year-old Kurdish woman Mahsa Amini in September, beaten to death by Iranian “morality police” for allegedly wearing her mandatory hijab inappropriately. Iranian security forces have reacted to the nationwide protests with disproportionate violence and arrested over 700 people, charging them with “crimes” such as “being an enemy of Allah.” Iranian judges have issued at least one death sentence related to the protests, in addition to those killed extrajudicially.

Iran’s national men’s soccer team has attempted to stay out of the fray, meeting with the Islamic republic’s President Ebrahim Raisi, believed to be responsible for the murder of as many as 30,000 people in a 1988 massacre, and not issuing any statements of support to the protesters. This has contrasted with other athletes in fields such as volleyball, basketball, and water polo using their platforms to support the anti-regime movement.

Iran is the world’s foremost state sponsor of terrorism and a serial human rights abuser. Iranian citizens are subject to a draconian, sharia-based legal code that largely restricts the rights of women, in particular.

Iranian women for years have protested legal requirements to cover their heads, a practice not in line with Iranian cultural tradition before the fundamentalist revolution of 1979. 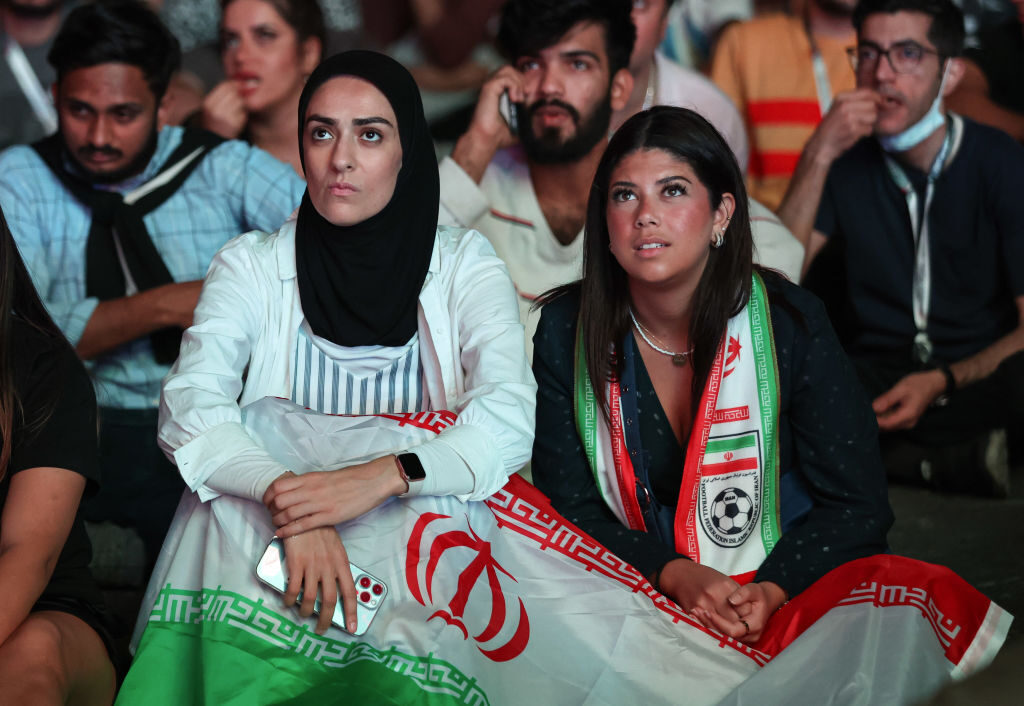 Iran’s soccer team lost 6-2 to England on Monday. The high score for England followed an embarrassing episode in which goalkeeper Alireza Beiranvand crashed into a teammate and clearly hurt his head, but his team forced him to stay out on the field with little visible inspection for concussions. Beiranvand, after appearing to have little ability to focus on the game, ultimately withdrew.

Technical reasons for Iran’s loss aside, the Associated Press translated two radical Iranian newspapers publishing articles blaming anti-regime protesters for creating a toxic atmosphere that made it impossible for players to concentrate on the tournament. One of those newspapers, Kayhan, claimed the team had faced “weeks of unfair and unprecedented psychological warfare against the team … from domestic and foreign-based traitors.” The newspaper somehow credited the English win to “Israel, Saudi, and traitors” as well as the actual team playing the game.

“None of the players were ready in spirit,” Shargh, a newspaper the AP identified as “pro-reform,” lamented.

Even prior to the game, Iranian government propagandists were preparing for a dismal performance at the cup, hosted by neighboring Islamist regime Qatar, by blaming pro-freedom protesters. In an article on Sunday, the state propaganda outlet PressTV published an article lamenting human rights demands as an unwanted distraction from soccer.

“Iranian players have been under tremendous psychological pressure the past few weeks amid a relentless campaign by hostile forces in the West to de-legitimize them and affect their morale ahead of the World Cup,” PressTV claimed. “They have been viciously trolled and abused online under a deep-rooted conspiracy.”

“Iran’s performance in Qatar will be a fitting answer to those who have sought to play the spoilsport. It will also bring much-needed cheer to people in the country,” that article proclaimed, a prediction that has yet to materialize. 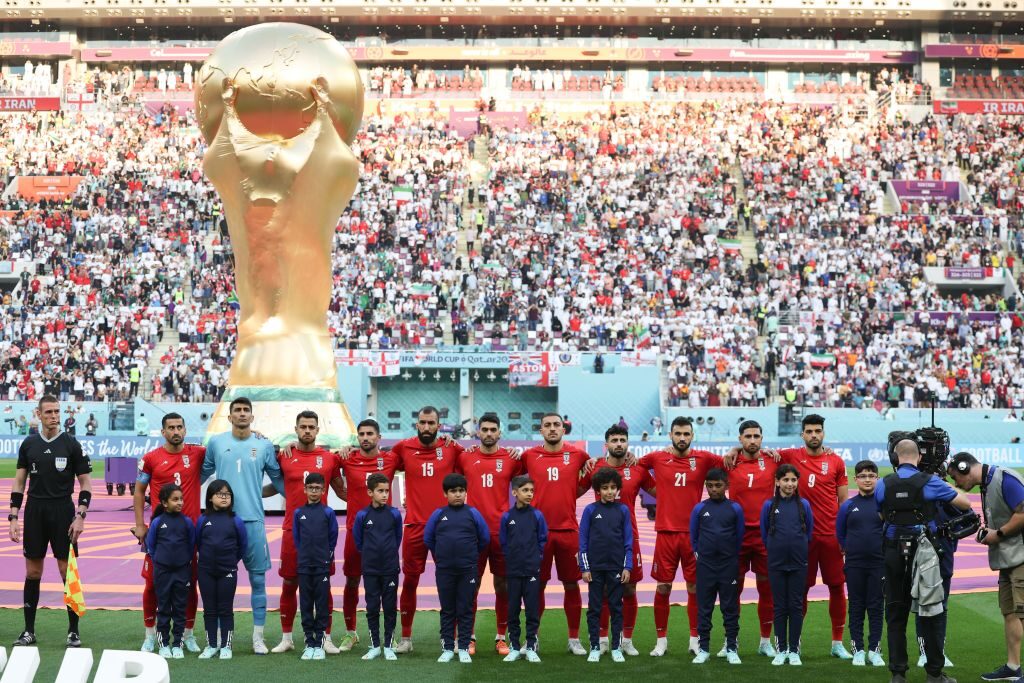 Players of Iran react before the Group B match between England and Iran at the 2022 FIFA World Cup at Khalifa International Stadium in Doha, Qatar, Nov. 21, 2022. (Han Yan/Xinhua via Getty Images)

The Iranian team has indeed met much resistance from their people over their silence on the civil unrest in the country. One team member in particular, Alireza Jahanbakhsh, publicly complained last week about pressure to choose a side in the protests, using the regime’s language and claiming the players were facing “mental games” in anticipation of the tournament, according to PressTV.

The team’s coach, Carlos Queiroz, condemned journalists asking his team about the political situation in their country prior to the tournament beginning on Sunday.

“To those who come to disturb the team with the issues that are not about the football opinions, they’re not welcome because our boys, they’re just simple football boys,” Queiroz chided last week. “Let the kids play the game. Because this is what they’re looking for. They wanted to represent the country, to represent the people, as any other national team that are here. And all the national teams, there are issues at home.”

Queiroz again snapped after the loss to England, arguing that any Iranians who do not support the regime should not come to the games.

The outlet Iran International noted last week that many soccer fans in the country have taken to derisively referring to the team as “Team Mullah” – a take on its nickname “Team Melli,” meaning national team, particularly after the team accepted a friendly meeting with Raisi.

At Monday’s game, Iranian fans booed the regime’s national anthem and participated in Mahsa Amini chants. Some also chanted “bisharaf,” meaning “dishonorable,” at their own team. In a somewhat surprising turn, the team itself refused to sing the national anthem, a clear sign of contempt for the regime. Screencaps of Iranian state broadcasts of the game within the country indicated that censors shifted away from images of the players during the anthem so that those watching in Iran would not see that they were not singing. Sources within Iran told the sports outlet The Athletic that the government broadcast also cut sound when anti-regime chants were audible in the stadium.