U.S. Secretary of State Antony Blinken on Sunday said Jerusalem must be a city for Israelis and Palestinians, and anything else will harm Israel’s identity and security.

“The United States continues to recognize Jerusalem as Israel’s capital, as the President also said in his visit, Jerusalem is central to the national visions of both Palestinians and Israelis and must be a city for all of its people. Anything that takes us away from two states is detrimental to Israel’s long-term security and its long-term identity,” Blinken said during an address at the the left-wing J Street’s national conference in Washington.

The Biden administration was committed to “holding firm to the vision of two states for two peoples; opposing acts that diminish the long-term prospects of achieving that goal; and taking immediate steps to improve the lives of Israelis and Palestinians alike.”

The U.S.-Israel relationship “and all that it’s produced for the people of our nations and the world – has always been underwritten by the United States’ ironclad commitment to Israel’s security, a commitment that has never been stronger than it is today.” 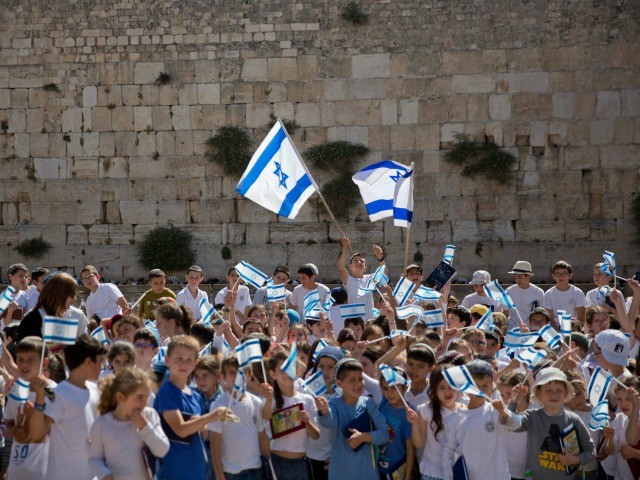 Normalization with Arab Muslim states in the region was no substitute for peace between Israel and the Palestinians, Blinken said.

According to Blinken, the U.S. would continue to oppose the Boycott, Divestment and Sanctions (BDS) against Israel, and fight anti-Israel bias at the U.N. as well as rising antisemitism.

Blinken said the U.S. was “deeply concerned” by the “dramatically higher levels of violence in the West Bank, perpetrated by both Palestinians and Israeli settlers.”

“This violence must stop. Its perpetrators must face equal justice under the law,” he said.

“We will also continue to unequivocally oppose any acts that undermine the prospects of the two-state solution, including but not limited to settlement expansion; move towards the annexation of the West Bank; disruption to the historic status quo at holy sites; demolitions and evictions; and incitement to violence,” he said.

An Arab resident of eastern Jerusalem shot seven people, including four American citizens, near Jerusalem’s Old City overnight Saturday, before turning himself in to police after an intense hours-long manhunt. https://t.co/mqiKDl9ah2

“We continue to believe, as the president said on the trip to the Holy Land this summer, that two states based on the 1967 lines with mutually agreed swaps remains the best way to achieve our goal of Israelis and Palestinians living side by side in peace and security,” he added.

Addressing the tattered Iran nuclear deal, the U.S. “engaged in a meaningful diplomatic process to see if we could reach an agreement for a mutual return to the JCPOA, but Iran has repeatedly demonstrated that it is unwilling or unable to commit to the steps that it needs to take,” Blinken said.

“We continue to believe that diplomacy is the best way to prevent Iran from obtaining a nuclear weapon, but should the Iranian regime reject that path, its leaders should make no mistake that all options are on the table to ensure that Iran does not obtain a nuclear weapon.”