When Mohamed Elibiary was appointed earlier this year to the Department of Homeland Security’s newly-formed Countering Violent Extremism Working Group, it was done quietly and without fanfare. It’s hard to believe that this silence was accidental, considering Elibiary’s appearance at a conference honoring Ayatollah Khomeini, his attacks on prosecution of terrorist fundraisers, his active promotion of jihadist ideology godfather Sayyid Qutb, and the threat he made against a Dallas Morning News journalist who repeatedly exposed his extremist views.

But none of that has stopped Mohamed Elibiary from promoting himself as a “de-radicalization” expert courted not only by Janet Napolitano and the Department of Homeland Security, but testifying before Congress earlier this year, giving briefings to the Congressional Research Service, and being hailed by the establishment media. 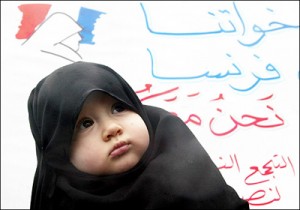 Perhaps the hardest thing for Elibiary to explain away is his sharing the podium with a rabid anti-American and anti-Jewish speaker who has publicly pledged his loyalty to the Iranian regime, but he has offered several fantastic explanations for appearing at the December 2004 conference honoring the life and works of the “Great Islamic Visionary” Ayatollah Ruhollah Khomeini.

The Dallas Morning News condemned the meeting and its high-profile speakers as a “disgrace”, Elibiary defended his appearance by claiming that he never knew the conference was to honor Khomeini and that he endorsed the conference out of “Muslim unity” and his hopes to present a “moderating counterpoint” – one that apparently was never offered.

When the local CBS affiliate reported that keynote speaker and outspoken Khomeini enthusiast Mohammad Al-Asi had delivered an anti-American, anti-Jewish harangue during the conference, and a 10-year old boy had opened the conference praising Khomeini for reviving “pure Islamic thinking” and calling President Bush “the greatest enemy of the Muslim Ummah”, Elibiary conveniently claimed that he didn’t hear those comments since he had arrived after the boy spoke and before Al-Asi’s speech. He has elaborated on those excuses for speaking at the event on his own website.

More recently, Elibiary has publicly attacked the prosecution the Holy Land Foundation executives who were convicted of raising millions in support of Hamas, and a landmark Supreme Court decision earlier this year that backed federal laws prohibiting material support for terrorism.

When Elibiary testified before Congress earlier this year, his status as a “de-radicalization expert” was challenged by the Investigative Project on Terrorism, who noted his running online feud with Dallas Morning News editorial page editor Rod Dreher over Elibiary’s defense of the godfather of jihadist ideology, Sayyid Qutb. The 9/11 Commission observed that Qutb was instrumental in developing the ideological foundations of Al-Qaeda’s terrorist worldview that justified the 9/11 attacks and inspired Osama bin Laden.

When Elibiary was cited as an expert source by the Congressional Research Service in a study published last November, Dreher recounted some of the defenses made by Elibiary in defense of Qutb in response to an editorial identifying the threat from Qutb’s jihadist ideology. This included Elibiary’s stated position that some who have read Qutb’s writings saw “the potential for a strong spiritual rebirth that’s truly ecumenical allowing all faiths practiced in America to enrich us and motivate us to serve God better by serving our fellow man more.” Dreher reprinted some of Qutb’s statements calling for the establishment of a global Islamic state, the imposition of shariah law, and carrying out violence against non-Muslims and non-compliant Muslims until the entire world is in submission to Allah and Islamic law.

Even more disturbing is an email exchange the two had in 2006, where Elibiary called Dreher “a Klansman without a hood” and warned “treat people as inferiors and you can expect someone to put a banana in your exhaust pipe or something.”

With that in mind, it is hard to understand why the Department of Homeland Security would be embracing Mohamed Elibiary and seeking his counsel. It would be one thing if they understood their outreach to Elibiary as an attempt to engage extremists, but it is clear that Janet Napolitano and her DHS colleagues believes that Elibiary is part of the solution, rather than part of the problem.

One only needs to read the lame recommendations offered by the Countering Violent Extremism Working Group to identify the corrosive effect of trying to mainstream extremists like Mohamed Elibiary is having on U.S. government policy concerning violent Islamic ideology.