Recently acquitted in Austria on charges of “incitement to hatred” stemming from comments made in a seminar series about Islam, Austrian citizen Elisabeth Sabaditsch-Wolff now also has been subjected to lengthy questioning by the U.S. Immigration and Customs (ICE) service upon arrival in Miami, FL on 4 March 2011. Wolff, who lived in the U.S. as a child, now lives with her family in Vienna, Austria but returns regularly to the U.S. for visits. Although acquitted of “incitement to hatred,” Wolff was convicted in February 2011 of the lesser charge of “denigration of the teachings of a legally recognized religion” and assessed a fine. She is appealing. 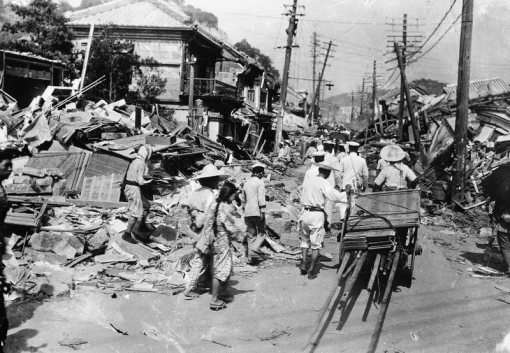 When she arrived in Miami on 4 March 2011 en route to a West Palm Beach conference on shariah Islam at which she was to deliver a presentation, Wolff was pulled out of the line by ICE officers and subjected to lengthy pointed questioning. Her belongings also were thoroughly searched by hand. The questions focused on her purpose in visiting the U.S. but after the ICE officers had a look at the text of Wolff’s speech, which she showed them to substantiate her reasons for this trip, the questions from ICE officers became even more pointed and frankly inappropriate.

In addition to querying Wolff about her speech and the conference, the ICE officers wanted to know why she was traveling alone, where her husband was, how she earned a living, and most inappropriate of all, whether she were a “practicing Christian.” A Dutch colleague of Wolff’s, also to speak at the conference, was similarly subjected to lengthy and hostile questioning by ICE officials, both in Amsterdam and at JFK Airport upon arrival in the U.S. After looking at the text of his speech, one of the ICE officials in Amsterdam flatly told the Dutch citizen that his activism against shariah Islam “is discrimination.”

Both Wolff and her colleague ultimately were released and permitted to continue their travel in the U.S., but were sent off with the explicit warning to Wolff that she should “tone down the rhetoric.”

While ICE and other Department of Homeland Security (DHS) officials have the legal duty to scrutinize would-be visitors to the U.S. at points of entry, what appears to be gratuitous harassment on grounds apparently related to issues of free speech is inappropriate. Wolff was convicted in Austria under laws that are incompatible with the right to free speech enshrined in the U.S. Constitution’s First Amendment. No American could ever be convicted in the U.S. for “denigration of the teachings of a legally recognized religion.” Belief systems, Ideology, and religious teachings are not off-limits from criticism in this country. Not yet anyway.

Wolff’s conviction on such wrongful charges in Austria should have been no impediment to her U.S. travel; nor should her participation in a conference about defending American foundational principles against the encroachments of Islamic law against those principles. So, to see representatives of American national security community essentially reprising the Austrian court’s assault on Wolff’s right to free speech is deeply troubling. The separate but similar treatment accorded her Dutch colleague by ICE officials in both Europe and the U.S. furthermore would seem to indicate a deliberate, premeditated, and coordinated effort to intimidate these two champions of Western civilization.

The insidious expansion of the concept of “hate speech” directly challenges the rights of free citizens to speak truth and express opinions, especially when applied to speech about Islam, Islamic law (shariah), or even the Muslim prophet Muhammad. Islamic organizations such as the Organization of the Islamic Conference (OIC) and Muslim Brotherhood affiliates and front groups such as the Council on American-Islamic Relations (CAIR), work ceaselessly to achieve the criminalization of free speech directed toward Islam. Enforcement of shariah laws on blasphemy, slander, and insult to Islam not only stifles the individual’s right to free speech, but also, as intended, destroys the ability of national security leadership to know and understand the nature of Islamic doctrine, history, ideology, and law.

The United States is the last true bastion of protected free speech in the world. We cannot allow the precious freedoms we hold dear to be eroded under the assault of an alien legal system that would replace them with a totalitarian world order. The ICE treatment of Elisabeth Sabaditsch-Wolf and her Dutch colleague should sound a warning to all of us that shariah can happen here, too, if we let it.