Dearborn, Michigan has become a Sharia enclave, much like those populating many European countries. The city of Dearborn, Michigan denied a permit Wednesday for Qur’an-burning Pastor Terry Jones’ planned protest outside the Islamic Center of America on Good Friday. 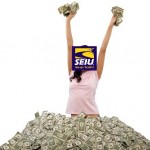 Islamic supremacists were handed a victory for their violent intimidation and threats. City spokeswoman Mary Laundroche said that Jones’ permit had been denied for “public safety reasons.” In other words, they’re afraid Muslims will riot. And so the rights of free Americans have to be curtailed.

Terry Jones burned a Qur’an. So what? What happened to the freedom of assembly, the freedom of speech, and the freedom of expression? Terry Jones is prohibited from rallying in Michigan for fear of Islamic violence. Is that how far down the Sharia rabbit hole we have gone? Why is it that any time American law comes into conflict with Islamic law, it is American law that has to give way?

How dare they prohibit this march? Nazis marched in Skokie. Americans better stand up to this enforced Sharia. The idea that Muslims in America would get violent because of Jones speaks volumes about Muslims in America, does it not? Why don’t we don’t see Muslims taking to the streets every time there is an honor killing, or a church bombing, or an act of jihad, jihad piracy, forced marriage, or child slavery? Where are they?

Once again Dearborn shows itself to be a pro-Sharia city that oppresses Christians. Who can forget the Christians who were arrested for passing out leaflets at a Muslim festival last July? Or the lawsuit that challenges the official cooperation by the city of Dearborn, Michigan with Islamic interests, and makes a stunning allegation: that under the recognized “Shariah” law in the city, there have been “honor killing” murders that have been “covered up”?

Wednesday’s court filing against Constitutional freedoms “equates the actions of zealots in Afghanistan with Muslim Americans in Dearborn.” I pulled that quote from Muslim Brotherhood-tied CAIR. Indeed.

As for Jones, I don’t like book burning, but so what? I have repeatedly stated my position on this. Jones does a grave disservice to the cause of spreading awareness about Islamic teachings and the threat that Sharia poses to our way of life. The burning of books is wrong in principle: the antidote to bad speech is not censorship or book-burning, but more speech. Open discussion. Give-and-take. And the truth will out. There is no justification for burning books.

Nonetheless, if Americans are free and not under Sharia, then Jones can burn any book he wants, and his church and people of like mind can hold any demonstration they want. His freedom and rights should be protected. Islamic supremacists should not be allowed a victory for their violent intimidation — if these people want to stage a protest, they’re free to do so.

This is another challenge to the U.S. to stand up for free speech and free expression. Popular speech needs no protection. As such all Americans should support the right of the church to have done this, even if they dislike what they’re doing.

Many people have said that Jones’s actions will endanger American troops in Afghanistan. This warning is just another terror tactic. It is based on the assumption that the Taliban and others in Afghanistan are fighting us because we are doing things they don’t like, and so if we stop doing those things, they will stop fighting us. But actually they are fighting us because of imperatives within the Islamic faith. They will never like us unless we convert to Islam or submit to Islamic rule. If we stop doing things they dislike, where will we draw the line? How far will Sharia advance in the U.S., with Americans afraid to stop its advance for fear of offending Muslims and stirring them up to violence? The Muslim Students Association is already pushing for halal cafeterias, segregated dorms, segregated gym facilities on campus. This is incompatible with American freedom. We have to draw the line.

I will tell you this: Islamic law (Sharia) cannot, must not, and will not have its way over our free speech. That is worth fighting for, worth dying for.