President Obama’s recent strategic guidance, which outlines cuts to the defense budget of $487 billion over the next decade, is predicated on an important assumption: the cuts that be reversed quickly if we are in a crisis. “[Reversibility] is inherent in this strategic guidance,” said Pentagon spokesman Capt. John Kirby when it was announced. “We want the organization, the institution, itself, to be flexible enough that if we have to reverse any of these decisions… we need the ability to surge or regenerate” forces or equipment. 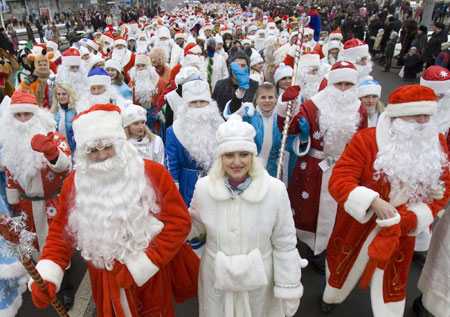 So the cutbacks to ground forces, example, mean that we will keep a lot of midgrade officers in place, so that if we need to build up our forces we have a structure in place to train, organize, and lead them. And we slow down the production of certain weapons systems rather than cancel them, so that we maintain an industrial base capable of a rapid increase in production. Sounds nice. We face a national security crisis and we are able to build up our forces rather quickly.

But is this theory of “reversibility” really a reflection of reality? The simple fact is that reversibility assumes that the Pentagon and the military service bureaucrats can be nimble and flexible. That has hardly been the case historically. After the end of the cold war, for example, the drawdown was supposed to be done in such a way as to maintain flexibility. Back then it was called “reconstitution.” As Rebecca Grant, president of IRIS Independent Research points out, “That was mothballing and putting things in cold storage. None of that ever happened.”

She’s skeptical that reversibility will work. “The concept of reversibility in the industrial base is well intended but it’s a bit of a myth,” she says.

The same thing could be said for personnel. It’s a nice idea to believe that you can keep midgrade officers in place and have them ready to receive an influx of new soldiers if a crisis develops. But midgrade officers want to lead a fighting force; they don’t want to lead a paper cutout that includes future forces. Reversibility is a concept developed by bureaucrats, not warriors. The human element, the desire for service to country and to lead men into combat, is central to an effective fighting force. And with our weapons systems becoming increasingly complex, it’s simply unrealistic to expect our fighting men and women to grasp their use quickly. Complex weapons systems require a long period of time to master.

Reversibility is a nice political concept designed to lull people into believing that the cutbacks won’t sap our fighting capabilities. But it is hardly a sound or realistic strategic principle. Be sure to read the excellent piece called “Budget Doublespeak” on the subject at National Defense Magazine.