Exactly 72 years ago today, Japan launched more than 350 fighters, bombers, and torpedo planes against the U.S. naval base in Hawaii–a “date which will live in infamy,” in the words of President Franklin Roosevelt. In fact, that Sunday morning is so seared into America’s memory that the tumult of the weeks and months afterward is often overlooked. Here, on the 72nd anniversary of Pearl Harbor, LIFE.com presents rare and unpublished photos from Hawaii and the mainland, chronicling a nation’s answer to an unprecedented act of war. 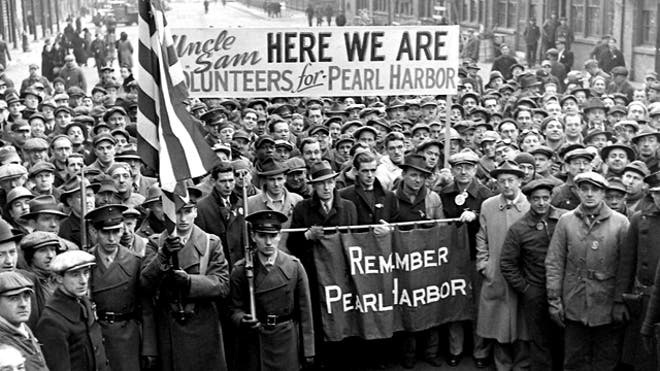 Unpublished, a rally at the Brooklyn Navy Yard, Dec. 1941.

The Brooklyn Navy Yard was founded in 1801. It had contributed ships to every American conflict, including the War of 1812, the Civil War, and World War I. It would prove absolutely essential to the war effort during World War II. 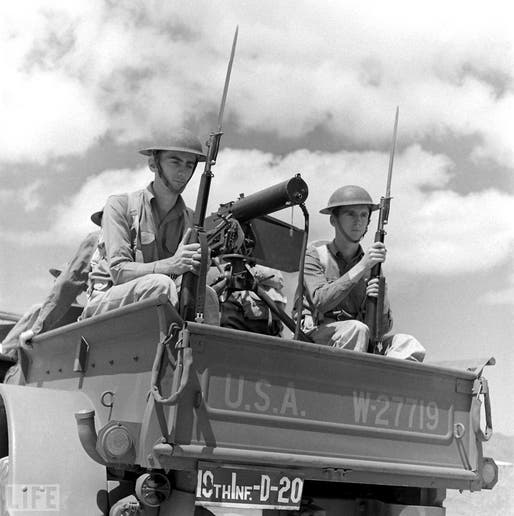 “Close observers of Japan,” LIFE noted in mid-1941, “have said for years that if that country ever found itself in a hopeless corner it was capable of committing national hara-kiri by flinging itself at the throat of its mightiest enemy … [On December 7] it took the desperate plunge and told its enemies in effect: “If this be hara-kiri, make the most of it.” 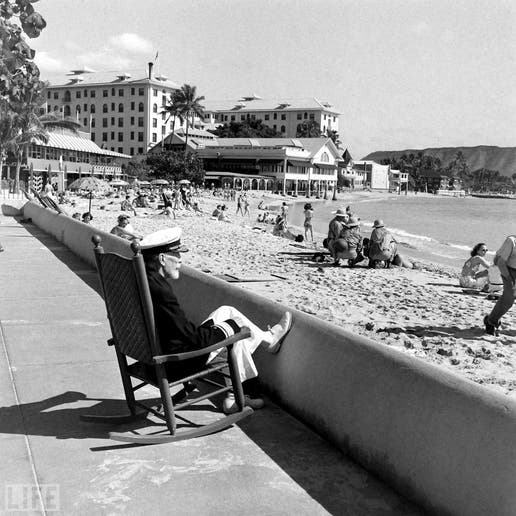 While the U.S. was stunned by the attack on Pearl Harbor, the nation’s political and military leaders had long been conscious of tensions with Japan — which was obviously gearing up for war long before December 1941. An example of the measures the U.S. took in expectation of some sort of conflict in the Pacific: Joseph “Bull” Reeves, retired since 1936, was recalled to active duty in 1940. When Japan attacked Pearl Harbor, he was already 69. 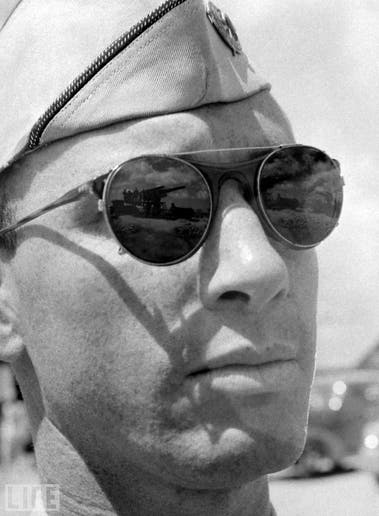 At the time of the attack, there were roughly 50,000 troops based at Pearl Harbor. Afterwards the number of soldiers spiked, as there were several hundred thousand of them stationed in Hawaii by 1945. (The number dropped to less than 70,000 by 1946.) “Out of the Pacific skies last week,” LIFE magazine wrote in its December 15, 1941 issue, “World War II came with startling suddenness to America … With reckless daring Japan aimed this blow at the citadel of American power in the Pacific.” 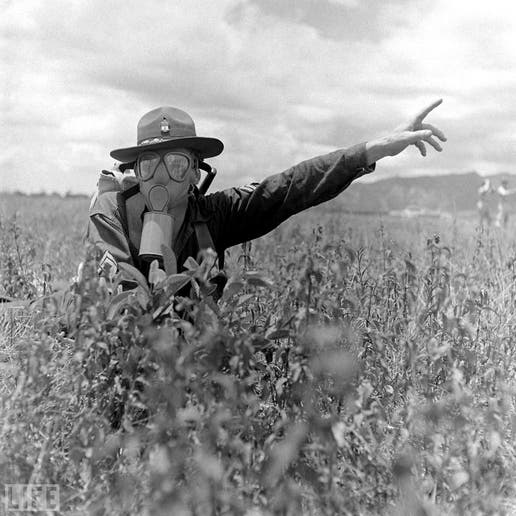 “Ambassador Nomura and Envoy Kurusu,” LIFE reported in mid-December 1941, “had come with the answer to Hull’s note [of protest to the Japanese delegation in D.C.]. Hull read it through and then, for the first time in many long, patient years, the soft-spoken Secretary lost his temper. Into the teeth of the two Japanese, who for once did not grin, he flung these words: “In all my 50 years of public service I have never seen a document that was more crowded with infamous falsehoods and distortions — on a scale so huge that I never imagined until today that any government on this planet was capable of uttering them.” 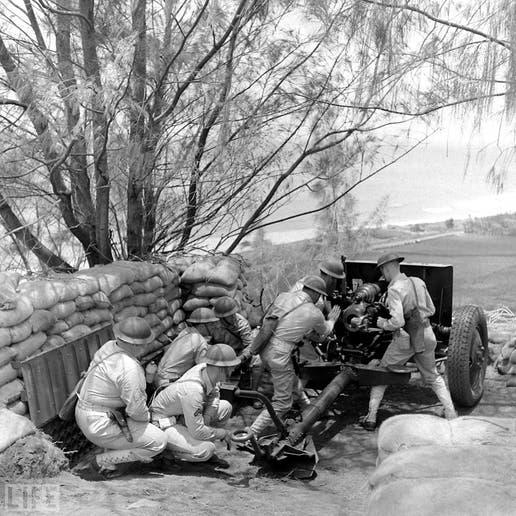 Unpublished, troops shore up defenses in Hawaii in the weeks after Pearl Harbor.

World War II lasted four more years — until Germany surrendered in May of 1945 and Japan surrendered in September of that year, in the wake of America’s destruction of Hiroshima and Nagasaki. The attack on Pearl Harbor, meanwhile — rather than Japan’s greatest victory — turned out to be an act of belligerent folly that, in many ways, guaranteed Japan’s eventual defeat. 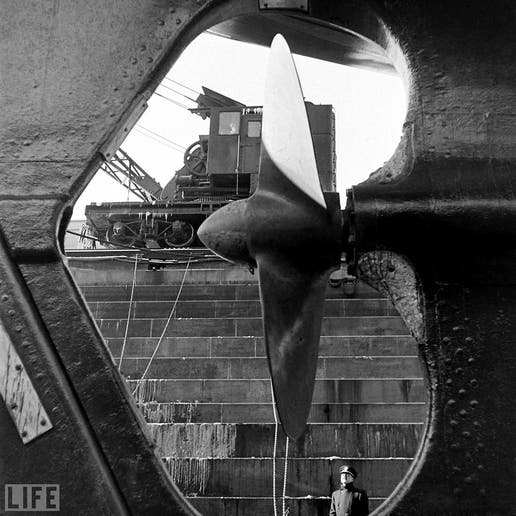 A Naval officer — dwarfed by the vessel in his view — gazes at a cruiser’s propeller at the Brooklyn Navy Yard. During the course of World War II, more than 5,000 Allied ships were brought to Brooklyn for repairs. 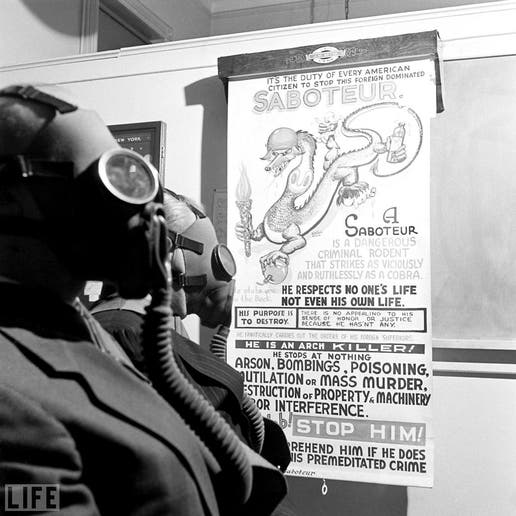 Unpublished, a poster at the Brooklyn Navy Yard calls for vigilance, Dec. 1941.

Within days of the attack, while the eyes of America were understandably focused on Pearl Harbor and the Pacific, a naval yard in New York City was already ramping up for what looked to be a long, long war. 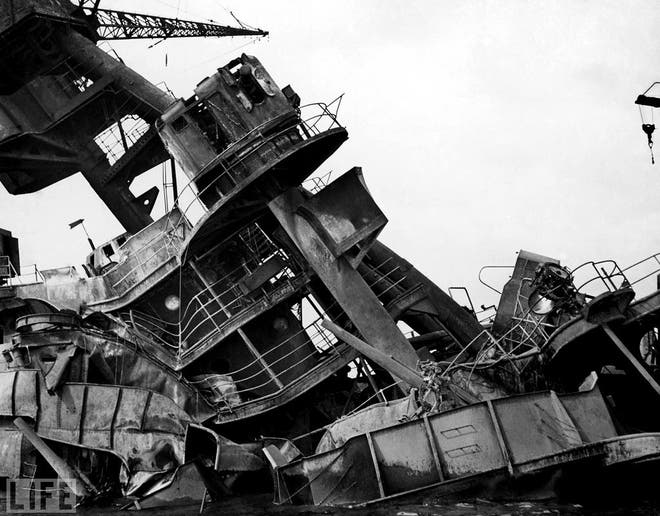 A closer look at the USS Arizona‘s wreckage, 1942. 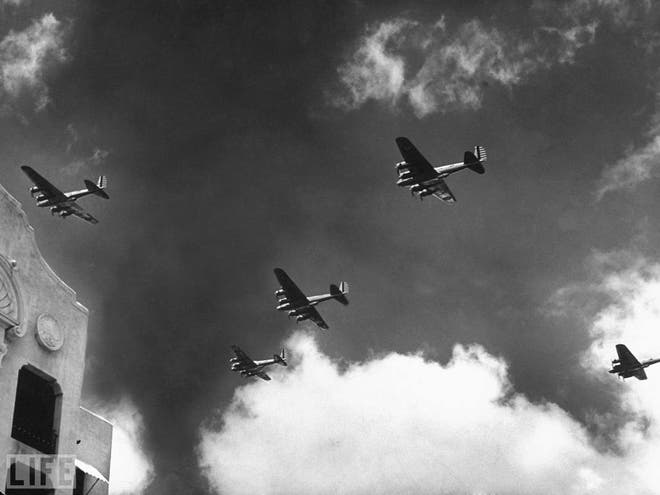 “U.S. aircraft rose at once to repel the Japanese attack,” LIFE wrote in December 1941, overstating the efficacy of the American response to the assault. In fact, more than 2,400 Americans (including scores of civilians) were killed in the attack; hundreds of U.S. aircraft were destroyed. In contrast, fewer than 70 Japanese were killed. The American response to the massive, sudden attack was unquestionably stalwart; but there’s also little question that, in terms of sheer losses, America endured a hellish blow.