Egypt has called upon its allies and the international community at large to help the country combat threats, both internally and externally, from terror groups such as Ansar Bayt al-Maqdis and Hamas.

On Friday, an attack in one of Egypt’s sectors of the Sinai peninsula killed 31 Egyptian soldiers and wounded dozens more. The event prompted the Egyptian Foreign Ministry to ask allies for support in the country’s “fight against terrorism,” as battles continue to ignite between the current government and Islamist factions, many of which have been carrying out terrorist acts in retaliation for the ouster of Cairo’s former Muslim Brotherhood President Mohamed Morsi.

Egyptian President Abdel Fattah el-Sisi said Saturday that his country is facing an “existential war” against foreign Islamist organizations. Some of these organizations have set up bases in the mostly demilitarized Sinai Peninsula. Sisi said that the foreign entities were attempting to “break the back of Egypt” and that the country should be prepared for an “extensive war” against Islamist factions. 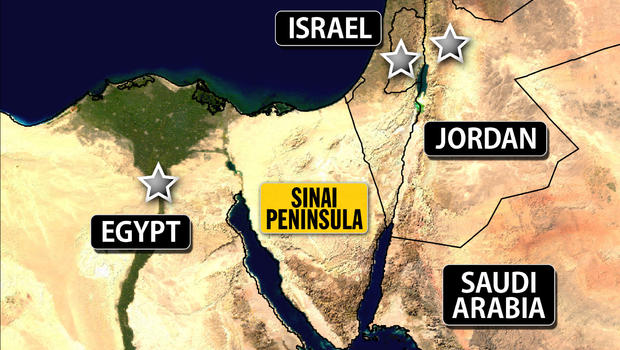 Both Egypt and Israel have recently attempted measures to secure the Sinai through enhanced military cooperation. The two states’ defacto alliance has flourished, for the most part, since the ouster of the radical Muslim Brotherhood from power, with Israel and Egypt linking through mutually beneficial economic deals and diplomatic and military cooperation.

Foreign Affairs Ministry spokesperson Badr Abdel-Ati told Al-Ahram news that Egypt would like to promote greater information-sharing with its allies, along with a prolonged strategy to cut off funding for “armed radical organizations.”

Additionally, Egypt has refused to allow a high-ranking Hamas delegation, traveling to Egypt for upcoming Israel-Hamas long-term ceasefire talks, to enter Cairo. Egypt has also shut its Rafah border closing with Gaza. Local reports have suggested that Egypt plans to establish a one to two mile buffer zone with the Gaza Strip to provide additional security measures.