In my years of working with victims of Boko Haram terrorism in northern Nigeria, I have never seen anyone like him. After the mass abduction of 276 Chibok schoolgirls, I have worked closely with about 20 who escaped, half of whom I have placed in US schools. Although it is now nine months since the April attack, not one of them escaped after that first week.

This is why Henry’s escape after 9 months is all the more stunning. While the survival of the girls is understandable, Boko Haram has rarely shown mercy to Christian boys.

Three male survivors I have worked with have similar stories. Habila – sole survivor of the massacre of 19 Christian men killed in his neighborhood; Nate – survivor of 5 killed at work; Ike – survivor of 19 killed at a funeral. They all had horrific trauma to their heads – the kill shot once favored for infidels who refuse to convert. Now Boko Haram just slits throats. It’s harder to survive a beheading.

Henry must have touched a cord of compassion amongst the bloodthirsty killers. Upon his abduction, they initially assumed his injured leg was a war injury. Being a soldier meant immediate beheading. Christians usually were given a chance to convert before being killed. Not soldiers – Christian or Muslim. 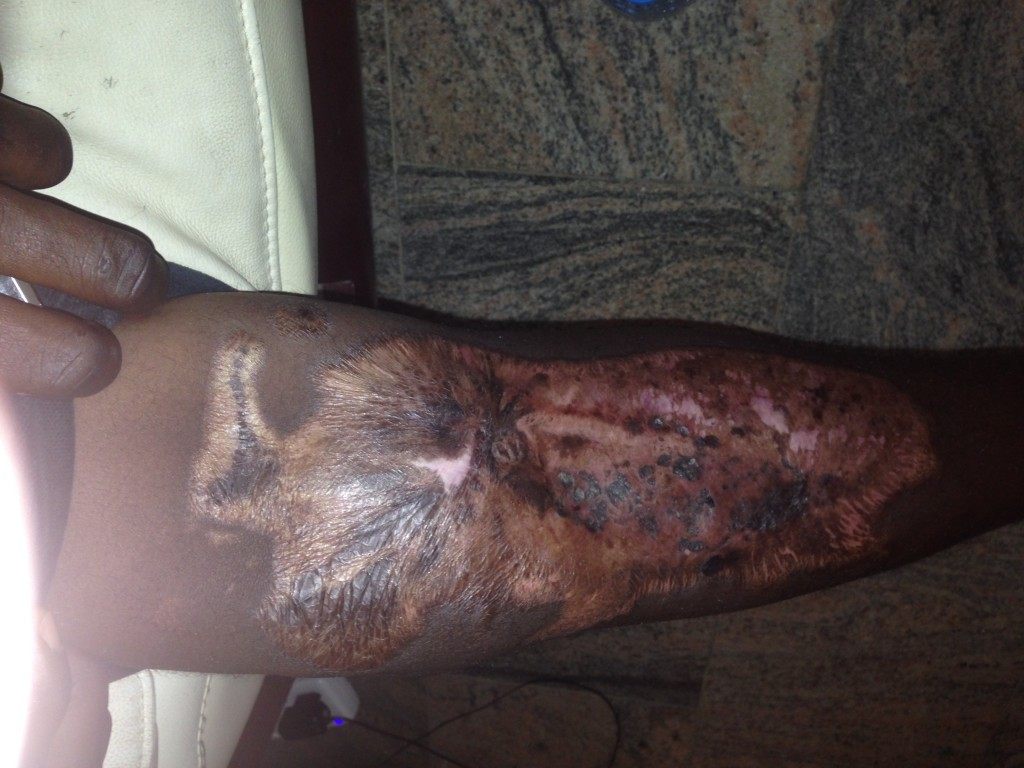 They seemed to believe his denials that he was a soldier. When they asked him later if he had anyone they could call to ransom him, he said he had no one and had just come out of a 14-month hospitalization. The terrorists offered to help him when they learnt he lost his dad at age 2. He was crippled so he couldn’t be much help as a fighter…

Many months later, after the abduction of the Chibok girls, they said to him, “if you need anything, tell us – even if you want a wife, you can marry one of the girls we captured.” Henry is one of only a couple of people I know who has inside perspective about the girls’ abduction apart from the girls themselves.

He says people were recruited from multiple camps for the attack that night.

Those from his camp bragged about their exploits when they returned.

When it was reported widely on the radio, he recalls them saying, “we disturbed the world by abducting these girls. If we’d known, we would have been doing this before. One time we killed a bunch of schoolboys at Buni Yadi and let the girls go after warning them to leave school. We should have taken them then and we will from now on.” 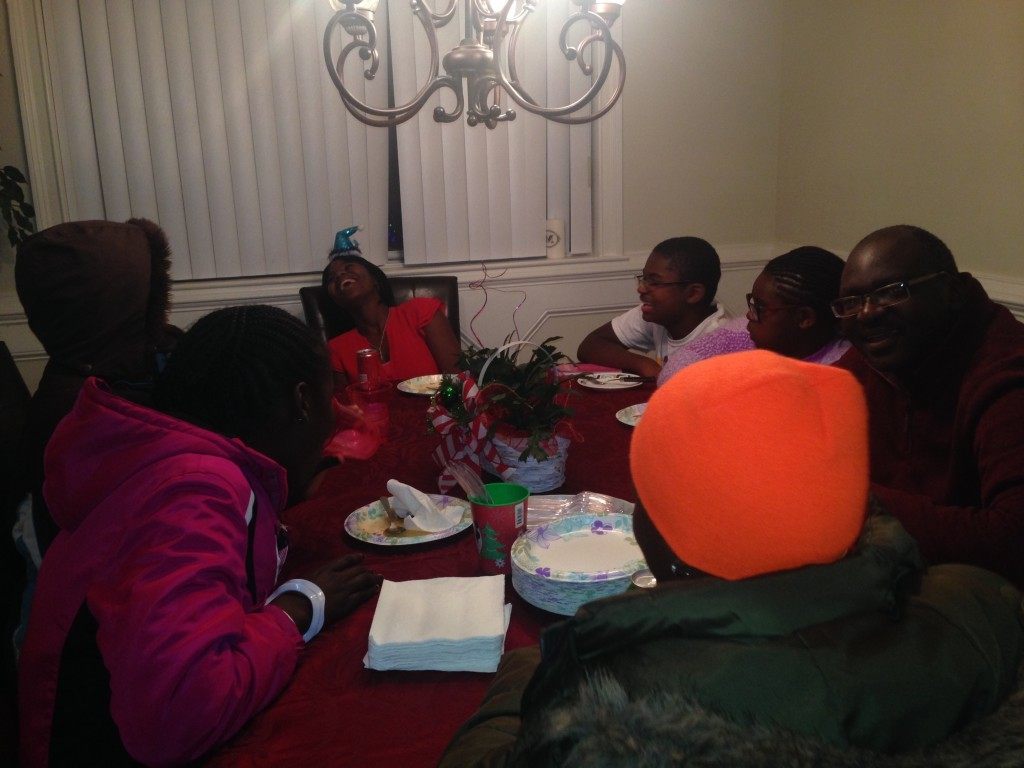 Henry never saw the girls. It was considered a sin to look at women, so they were kept in a separate camp. Only mullahs and teachers were allowed to see them (indoctrination is a key requirement of life in Boko Haram’s concentration camps in Sambisa Forest.) Even in his camp, the terrorists had a kind of MOQ (Married Officers Quarters) apart from everyone.

“Once a woman comes there, there is no going back,” Henry told me. He knew a woman who was on her third husband. The first two had been KIA. There were other “celebs” in camp. One was a little kid. Henry’s captors proudly told how his father and two wives had blown themselves up as suicide bombers in three different attacks. 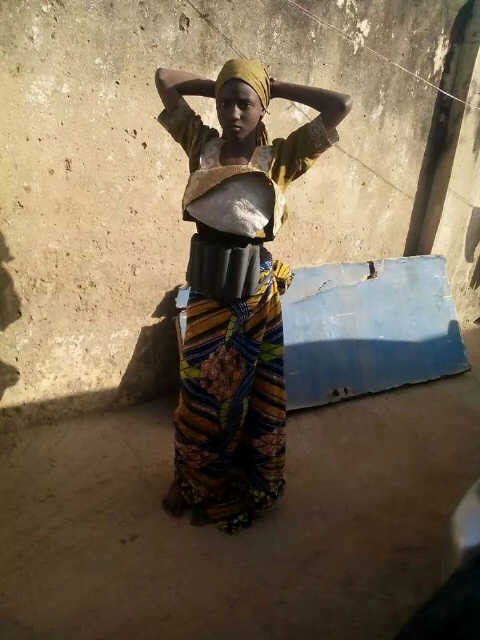 One day, Henry asked for Ahmad. He was one of the few people he had known before captivity. He had trained as an engineer and was considered brilliant by his peers. Henry had been interpreting for the other captive, who was from southern Nigeria and could not communicate with the terrorists. Ahmad had come to help with communication, and began his Quranic instruction in fluent English.

Henry had not seem him in a while.

“He is in paradise,” they replied, gleefully. “He detonated himself when we captured a certain city to become our caliphate.”

On another day, Henry buried his head and wept silently as the terrorists described how they had completely destroyed a town – his hometown. It was a completely Christian hilltop enclave that had survived numerous attacks. He wondered what had happened to his aged mum. He must not let the terrorists know it was his hometown lest they finish him off, too.

Before he did, he heard one last thing about the Chibok girls. There were rumblings in the ranks that the girls should be sold or shared out to them in marriage, since a prisoner swap failed. Boko Haram leader Abubakar Shekau has released a video stating this has happened. Henry’s experience provides some helpful insights. As the U.S. and Nigeria bicker on whether the rescue window has closed, it is critical to note a couple of points.

After nine months in captivity, it certainly would be a logistically-challenging time to attempt rescue, given the propensity that there would now be hundreds of heavily pregnant or nursing schoolgirls. However, while there is evidence that some were indeed abused at the early stage, the new info indicates that the mass marriages occurred much later. Therefore the viable rescue window has widened somewhat and needs to happen in the next 45 days.

Similarly, the existence of MOQs in the terror camps might well mean that the girls, though married off, could still be in Sambisa Forest. The time to act is now. This is actionable intelligence. Boko Haram won’t voluntarily bring back our girls and they can’t all run 5 days through the forest like Henry did with his bad leg.

Names of individuals mentioned in this report have been changed for security reasons. Photos provided courtesy Emmanuel Ogebe.