A Dutch-German ‘Sharia compliant’ sex aid company is to establish a shop in Mecca, the Saudi Arabian city considered holy in Islam as it is believed to be the birth place of Mohammed. 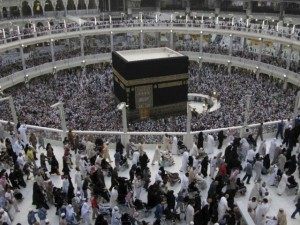 Despite the outwardly controversial nature of the planned establishment, negotiations have taken place with local clerics and sheikhs to ensure it is fully compliant with Sharia law while owner Abdelaziz Aouragh says they are nearly ready to open. The Moroccan Muslim, who founded el Asira in 2012 said despite the commonly held belief that Muslim women are sexually repressed, this was not the case.

Aouragh said: “The image of women in the kitchen with burqa is not a true picture… There is a lot of love and respect Islam has for adult women. Our store puts women at the center, offers information, and provides answers to frequently asked questions on sex”, reports the International Business Times. 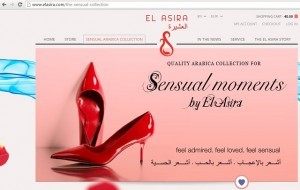 The sex shop is not the only recent commercial development of Muslim sexuality that has the potential to prove controversial among more conservative elements of the faith. Although there have been numerous attempts to discredit the practice as a hoax, The Sun reported last month on the practice of ‘nikah mut’ah’, or an hour-long temporary marriage performed by a Muslim prostitute.

Neatly circumventing the strict laws on extramarital sex, an East London-based specialty call girl charging £300 an hour for her services, a payment known to her clients euphemistically as a “dowry”, told an undercover reporter: “Even though we do mut’ah, you must still use a condom. I don’t do it without condom. Some people think that if you do mut’ah you don’t have to use a condom”.

She complained that the demand for mut’ah brides is so high, Eastern European girls were now pretending to be Muslim for the pleasure of rich Saudi men. She complained the “cheap” girls “give us a bad name”.

Searching for mut’ah online reveals some lively results, including an involved discussion among members of online forum ShiaChat, in which one confused poster asks “Mutah With A Prostitute – Is It Wrong?”. One respondent advises because it can be so hard to find specialist Muslim prostitutes in the UK, it can be Halal to sleep with any prostitute as long as you pay her a dowry and get her to recite a prayer. He remarks that while this practice isn’t ‘Haram’ (forbidden), it is ‘makrooh’, something “halal but not preferred”.

Another, clearly a fan of the practice, responds: “Mutah is for MEN, not henpeck effeminates”, apparently settling the matter.