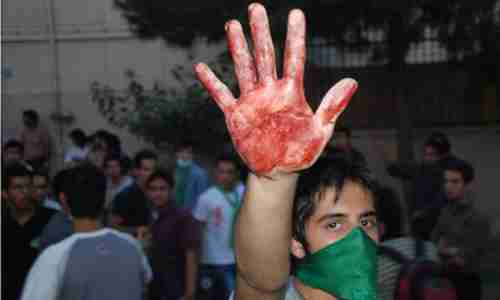 “Tehran is now free” is just one of the gleeful remarks being posted by young people on social media in Iran, after the surprise victory of moderates and reformists in Friday’s election for the parliament (majlis) and for the Assembly of Experts. This is the next step in a brutal generational power struggle that I recently described in “6-Feb-16 World View — As Iran’s election approaches, generational conflict becomes vicious”.

Across the country as a whole, the conservative “principlists” (who insist on adhering to the “principles” of the 1979 Great Islamic Revolution), are doing well as votes are counted, but in Tehran, the reformists have won overwhelmingly.

The reformists, representing the views of the younger generations that grew up after the 1979 revolution, have won all 30 seats representing Tehran in parliament. Nationwide, the vote counting is not yet completed, but indications are that the reformists have won a little less than one-third of all the seats in the 290-seat parliament, far exceeding the 20 seats they have in the outgoing parliament.

Many people are attributing these victories to the extremely high turnout for the elections, with something like 80% of eligible voters voting. The high turnout, in turn, is being credited to the widespread use of the hugely popular anonymous messaging app Telegram, which the principlists had tried unsuccessfully to get banned.

In the Assembly of Experts, the reformists have won at least two seats away from the most hardline of the principlists. The votes for the rest are still being counted.

It now seems likely that the reformists and the moderates together will hold a small majority in the parliament. If that’s true, and if they work together, they can push through some reforms that are bitterly opposed by the principlists, including Supreme Leader Ayatollah Seyed Ali Khamenei.

Iran is in the midst of a generational Awakening era, like America in the 1960s. In America there was sporadic violence, such as the “long, hot summers” of street violence in the big cities, violence by the “Chicago seven” at the Democratic convention in 1968, bombings by the Weather Underground, and the shootings at Kent State University.

Iran has gone through tumultuous changes since the 1979 revolution, and moderate president Hassan Rouhani is continuing them, according to an unknown female analyst speaking on the BBC:

Rouhani has done a lot in terms of social reform. Let me go even a little bit further back when I was growing up in the 80s, every morning our bags were searched so that we wouldn’t take any kind of pop music tapes to school. That changed in the 90s, when Khatami was elected and the Ministry of Culture started allowing certain musicians to release albums. Ten years ago, when I was in Iran, there were no street bands, but now there are all these street bands all over Tehran and other cities, and I think they are now banning certain contents, instead of the music itself, and this has happened under President Rouhani, the fact that there are musicians openly on the streets. I think it’s a sign of huge social progress.

In Iran, the violence following the June 2009 presidential election was bloody and massive. Largely peaceful street protests were met with unrestrained violence by the police and security forces. Dozens were killed, and 4,000 people were jailed. The police particularly targeted journalists and other government critics with widespread torture, beatings, and threats against family members. Many people were jailed for years.

Now, six years later, the generation of young people who were protesting in the Tehran’s streets have now gotten older and more powerful enough to take control of all 30 of Tehran’s seats in the parliament.

This is not going to go well. There’s too much money and power at stake. The young people who are posting messages like “Tehran is now free” on Telegram quickly going to learn that Tehran is not free, and they’re going to threaten the power of the old geezer principlists.

The police and the security forces are still under the complete control of the most conservative principlist of all, Ayatollah Khamenei. Just as he didn’t tolerate street protests in 2009, he’s not going to tolerate any challenges to his power in the weeks and months to come. Tehran Times and RFE/RL and AP and Human Rights Watch (2009) and BBC Newshour Extra – Is Iran Changing?

70,000 refugees may be trapped in Greece within weeks

There are already more than 20,000 refugees trapped in Greece, with the border to Macedonia closed. ( “26-Feb-16 World View — Threats of retaliation abound as Europe’s refugee crisis deepens”)

Thousands of refugees continue to arrive in Greece from Turkey every day, According to Greece’s immigration minister Yannis Mouzalas, “We estimate that we will have a number of people trapped in our country which will be between 50,000 and 70,000” by the end of March. In the warmer spring and summer weather, that number could grow substantially.

The most immediate crisis was triggered last week when Austria introduced a daily cap of 80 asylum seekers and said it would allow just 3,200 migrants to transit the country per day. This caused a chain reaction of other countries closing their borders. Greece has recalled its ambassador to Austria in protest.

Austria’s Chancellor Werner Faymann has accused Greece of “behaving like a travel agency,” simply allowing the migrants to pass through, without protecting its borders or processing the asylum seekers. According to Faymann, “Last year, Greece took in 11,000 asylum seekers, and we took in 90,000. That can’t be allowed to happen again.” AFP and AP and Guardian (London)