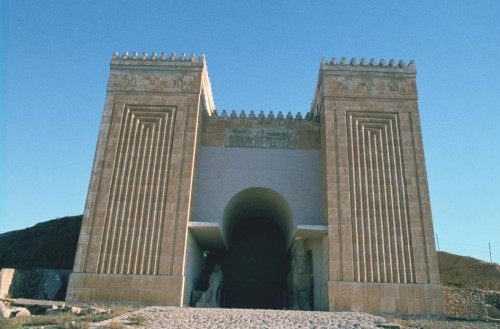 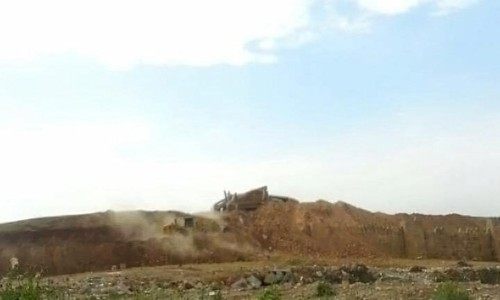 “We can verify for now that the Mashki and Nergal Gates have been destroyed,” announced Michael Danti, a professor at Boston University and co-director of the Cultural Heirtage Initiative (CHI) at the American Schools of Oriental Research.

Danti received the photos from “trusted sources” in the area.

Last week, the British Institute for the Study of Iraq told The Independent that Islamic State jihadists attacked the gate located in eastern Nineveh province. The Gate of God, also known as the Mashqi Gate, was built in the seventh century BC during the reign of Assyrian King Sennacherib. 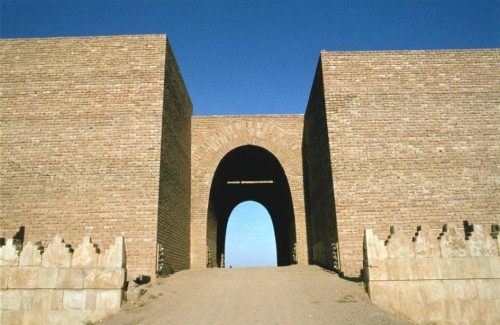 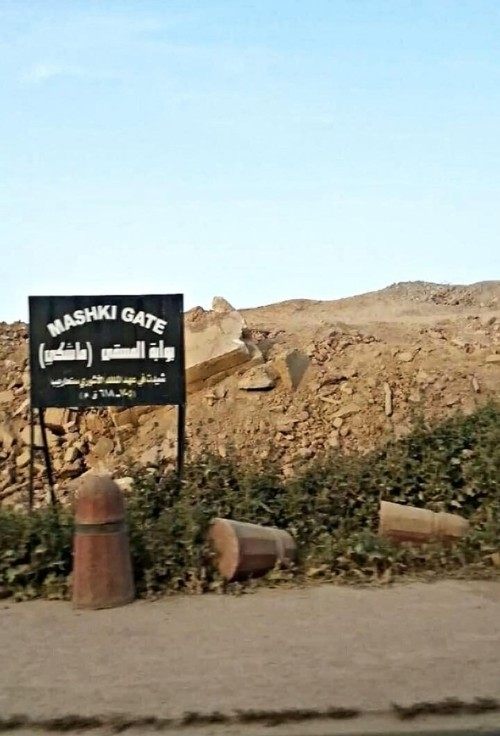 “Both the Arab Muslim and Arab Christian population [of the area] trace their ancestry back to the Assyrians,” continued Danti. “It’s part of their modern identity.”

In January 2015, residents in Mosul informed the Assyrian website Ankawa that terrorists planned to target the walls of Nineveh. Unnamed sources said the Islamic State leaders told members to set booby traps along the walls. If the Iraqi army attempts to liberate the area, the militants must “complete the bombing of the historic walls.”

Historians attribute the walls to King Sennacherib, who rebuilt the city during his reign, beginning in 704 B.C. They consist of a seven-and-a-half-mile barrier around the city — presumably to protect it from attack when it served as the capital of ancient Assyria. Nineveh was so important and Sennacherib’s contributions so great that some archaeologists have gone as far as to attribute to him the construction and maintenance of the ancient Hanging Gardens, supposedly located in Babylon.

The Islamic State has destroyed tombs, statues, books, and libraries since they invaded Mosul in June 2014. They blew up a shrine to Jonah, the biblical prophet, and Yunus in the Koran.

“Islamic State completely destroyed the shrine of Nabi Yunus after telling local families to stay away and closing the roads to a distance of 500 metres from the shrine,” an official with the Sunni endowment told the AFP.

Settlers built the shrine in eighth century BC. Worshippers believe that the prophet Jonah, most famous in biblical legend for surviving being swallowed by a whale, rests there. Saddam Hussein renovated the shrine, and it remained a popular site for pilgrims.

The militants also raided the Central Library of Mosul to destroy all non-Islamic books.

‘These books promote infidelity and call for disobeying Allah,” announced a militant to the residents. “So they will be burned.”

The library contained “the biggest repository of learning in the northern Iraqi town.” More than likely the terrorists destroyed “Iraq newspapers dating to the early 20th century, maps and books from the Ottoman Empire, and book collections contributed by about 100 of Mosul’s establishment families.” After that raid, the militants targeted the library at the University of Mosul. They burned science and culture textbooks in front of the students.

The terrorists have also salvaged relics to sell to Western antique collectors. Antique sales pushed the group’s accounts from under $1,000 to billions. These militants control around 4,500 archeological sites. In al-Nabuk, they stole antiques more than 8,000 years old, which netted $36 million for the jihadists. They allowed residents and gangs to loot the shrines, but they had to give 20 to 50 percent of their profits to the Islamic State.