The Zika virus has conclusively arrived on American shores, as Florida officials announced the first confirmed cases of mosquito-transmitted infections on Friday.

Until now, Zika cases reported in the United States were from travelers who contracted the virus abroad, laboratory exposure, and fifteen cases of transmission through sexual contact, according to NPR. None of those transmission methods is nearly as troubling as the mosquito, especially with the summer season under way.

“Florida has become the first state in our nation to have local transmission of the Zika virus,” Governor Rick Scott announced.

Fortunately, the outbreak appears to be very small, both in terms of people affected and geographic area. ABC News reports three men and one woman are known to be infected so far, living in an area about one square mile in size.

NPR provided a map of the affected area, north of downtown Miami: 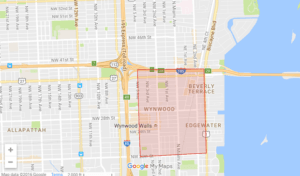 “We’re being very aggressive at testing people there we are testing the mosquitoes there and we spraying to make sure it’s contained,” Scott said, offering further assurances that health officials don’t believe transmission is ongoing.

Scott said the state government was working with pest-control companies on improved mosquito control, and to search for signs of the Aedes aegypti mosquito, the species most commonly associated with Zika. The Centers for Disease Control reports that Aedes mosquitoes can be found all across the southern U.S., and even as far north along the East coast as Connecticut.

Scott said that Florida “currently has the capacity to test 6,609 people for active Zika virus and 2,059 people for Zika antibodies,” and would request more test kids from the CDC as needed. One of the problems with controlling Zika is that many infected individuals experience only mild symptoms, or none at all, but the virus can cause severe birth defects in pregnant women, and occasionally triggers neurological reactions.

“In order to avoid a contaminated blood supply, the Food and Drug Administration asked Thursday that blood centers in two south Florida counties, Miami-Dade and Broward, cease collecting blood donations until they have the capacity to test each unit for the virus,” NPR reports.

“The Florida Health Department has been giving Zika prevention kits to pregnant women in the affected area and warning residents to eliminate standing water to help cut down on the risk of mosquitoes breeding near them,” adds ABC News.

ABC quotes Scott expressing disappointment that Congress did not pass a bill to allocate increased funding to the CDC for controlling Zika. The bill was blocked by Democrats for political reasons.

“This is not just a Florida issue. This is a U.S. issue it is a national issue. We’re just the front of it,” Scott said during his press conference.

However, Florida Agriculture Commissioner Adam Putnam reassured Floridians that the state has “a very sophisticated, mature, control, surveillance and response program throughout the local governments,” citing the extensive measures Florida resents habitually take against mosquitoes as factors that will mitigate the Zika danger.