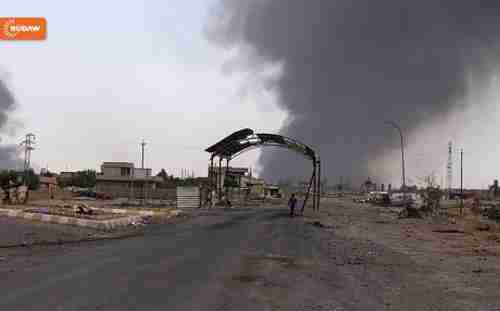 Iraq’s Prime Minister Haidar al-Abadi has repeatedly said that he wants the army to begin to take Mosul back from ISIS before the end of 2016. Other analysts say that 2016 is unrealistic, but recapturing Mosul during 2017 is realistic.

At one time, ISIS controlled huge swaths of territory in Syria and Iraq, and seemed unstoppable. But in the last year, ISIS has suffered some significant defeats.

Iraq’s army and Shia militias backed by the U.S. led air coalition have successfully driven ISIS out of Tikrit, Ramadi and Fallujah during 2016. The also recaptured Shargat and Qayyara, two oil rich towns in northern Iraq. Kurdish forces drove ISIS out of southern Kirkuk’s Hamrin and Hijel oilfields. ISIS had depended on oil for a large part of its income, ISIS no longer holds an oil well in Iraq, which has severely weakened its finances.

ISIS has also suffered badly in Syria. ISIS had controlled Manbij and Jarabulus in Syria along the border with Turkey, allowing ISIS to move people and supplies back and forth across the border. Kurdish forces recaptured both cities in a month-long push. But then Turkey invaded Syria in Operation Euphrates Shield, and drove the Kurds out of both cities.

Some analysts and politicians are saying that, after so many defeats, ISIS is close to total defeat, especially after Mosul is recaptured.

However, Mosul may be a lot harder to recapture than analysts expect. Mosul has a population of over 2 million people, almost all Sunni Muslims and ethnic Iraqis. This means that both Shia militias and Kurdish militias will be reluctant to take part in the military operations.

Even more important is that fact that ISIS is expected to “fight to the last man.” In the smaller cities, ISIS forces simply fled as the opposing armies approached. But Mosul is preparing for a major defense of its control of Mosul. ISIS has built huge walls in Mosul’s airport, to prevent landings. It has fortified routes into the city by digging vast trenches that could be filled with oil and set alight. And it is digging vast networks of tunnels across the city where they can hide from enemy fire.

The battle to recapture Mosul is expected to be very big and very bloody. Already a major new flood refugees are fleeing from Mosul, and there may be a major new humanitarian disaster in progress in the next few months. Guardian (London, 7-Sep) and Rudaw (Iraq-Kurdish) and Independent (London)

Pyrrhic victory over ISIS could create a ‘terrorist diaspora’

A “Pyrrhic victory” is a victory, but one that comes at too great a cost. After King Pyrrhus of Epirus defeated the Romans in 279 BC, the losses were so great that he’s quoted as saying, “One more victory against the Romans and we will be ruined.”

Many people fear that the defeat of ISIS could be a Pyrrhic victory. This was most clearly stated on Tuesday by FBI Directory James Comey, who said:

The so-called caliphate will be crushed. The challenge will be: Through the fingers of that crush are going to come hundreds of very, very dangerous people. They will not all die on the battlefield in Syria and Iraq. There will be a terrorist diaspora sometime in the next two to five years like we’ve never seen before. …

We must prepare ourselves and our allies particularly in western Europe to confront that threat because when ISIL is reduced to an insurgency and those killers flow out they will try to come to western Europe and try to come here to kill innocent people.

There are tens of thousands of jihadists in ISIS, having come from over 80 countries around the world to fight Syria’s president Bashar al-Assad. Crushing the ISIS “caliphate” will be a great victory, for which politicians will heartily congratulate themselves and take credit, but there will still be tens of thousands of jihadists. Some will remain in Syria and Iraq, but as we’ve been writing since 2012, thousands of them will return to their home countries, including America and Europe, create, as Comey said, “a terrorist diaspora like we’ve never seen before.” UPI