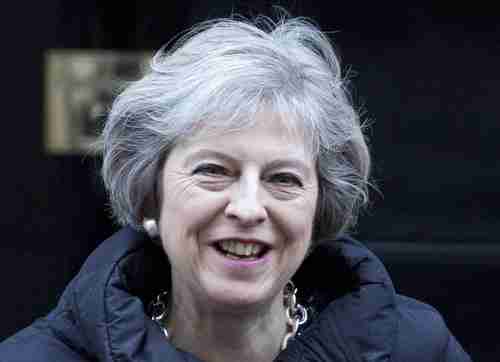 Britain’s prime minister Theresa May gave a speech on Tuesday outlining her plans for how Britain will leave the European Union, following the Brexit referendum of June 23 of last year.

The speech did not provide much hard information that was not already known, but the speech was important nonetheless because it made the Brexit concept a lot more real.

Some of the major parts of the plan are as follows:

Although May laid out her Brexit plans for the first time, she didn’t really provide any details beyond what was already known. For example, she wants to allow travel between Ireland and Northern Ireland. How is that possible, if Ireland is in the EU, while Northern Ireland is not? UK Government – speech transcript and Telegraph (London)

The combination of two of the items, trade and immigration, are the most explosive. They are also the one causing the most fury in the EU, and the ones about which the UK is most self-delusional.

Today, as part of the EU, the UK freely trades with the EU countries, with goods flowing freely in both directions. That is one of the EU’s “four freedoms”: freedom of movement for people, goods, capital and services.

Mrs. May and a number of other UK leaders seem to believe that the EU will be so anxious to continue trade relations with the UK, they will be willing to agree to a trade agreement that would be as good as the one if the UK were still part of the EU Single Market, but without all the obligations of EU membership, such as freedom of movement for people.

This attitude infuriates many EU leaders. That is not surprising because they have been furious with Britain ever the results of the June 23 Brexit referendum were announced, particularly because the Brexit referendum has stirred anti-immigration sentiment across the EU, and given rise to populist anti-EU politicians.

May addressed this sentiment in her speech as follows:

So I believe the framework I have outlined today is in Britain’s interests. It is in Europe’s interests. And it is in the interests of the wider world.

But I must be clear. Britain wants to remain a good friend and neighbor to Europe. Yet I know there are some voices calling for a punitive deal that punishes Britain and discourages other countries from taking the same path.

That would be an act of calamitous self-harm for the countries of Europe. And it would not be the act of a friend. Britain would not – indeed we could not – accept such an approach. And while I am confident that this scenario need never arise – while I am sure a positive agreement can be reached – I am equally clear that no deal for Britain is better than a bad deal for Britain.

We want a fair deal for the UK but that deal necessarily needs to be inferior to membership. This should not come as a surprise to anyone — indeed thinking it can be otherwise would be a detachment from reality.

So you have anger on one side, and “detachment from reality” on the other side.

May has not yet “invoked Article 50,” which would launch two years of negotiations between Britain and the EU over the terms of the separation. She has promised to do that by the end of March, but there’s also a pending court case, to be decided in next week, where a decision might take away May’s power to invoke Article 50 without a vote from the Parliament. and Reuters and The Sun (London)