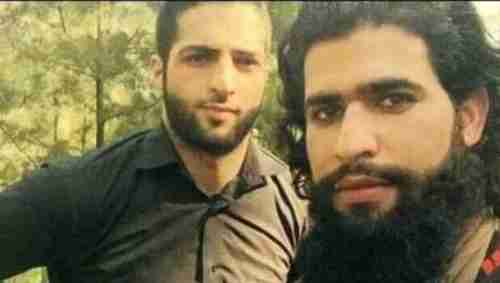 Al-Qaeda’s public relations department has announced that one of Kashmir’s most popular militant leaders Zakir Musa, 23, has been appointed the head of Ansar Ghawzat-Ul-Hind, the al-Qaeda linked terrorist organization in India-controlled Kashmir.

Musa, an engineering college dropout, is the son of an engineer in the Jammu and Kashmir government and his brother is a doctor in Tral, about 30 km from Srinagar, the provincial capital of Kashmir. He took over as leader of the Kashmir separatist group Hizbul Mujahideen (HM) after its previous leader, Burhan Muzaffar Wani, was killed by Indian security forces last year.

Hizbul Mujahideen was formed in 1989, funded by Pakistan’s Inter-Services Intelligence (ISI) agency. It has been very popular in Kashmir, with thousands of anti-India protesters, and is demanding that Kashmir separate from India and become part of Pakistan.

However, in May of this year, Musa split with HM because did not have sufficiently grandiose plans for Musa. Musa said:

I see that many people in Kashmir are engaged in a war of nationalism, which is forbidden in Islam. [The fight should] not be for the sake of Kashmir. It should be exclusively for Islam so that sharia is established here.

The Indian media is treating this as an extremely serious development, but it strikes me as rather comical. The thousands of young stone-throwing separatists in Kashmir believe that their lives would be better if Kashmir were separated from India and attached to Pakistan, but they have absolutely no desire to have a terror attack in Paris or to see Israel pushed into the sea.

Even more comical is another statement by Musa, declaring war on Pakistan:

There is no Islam [in Pakistan] at present, so we are unhappy with it. We have to do jihad with Pakistan as well.

No wonder he flunked out of college.

The leaders of several separatist factions in Kashmir issued a joint statement blaming Musa’s alignment with al-Qaeda on “Indian secret agencies,” in order to bring a bad name to HM. According to the statement:

Groups like ISIS and Al-Qaeda are non-existent in Jammu and Kashmir and there is no role for these groups within our movement which is local in nature and indigenous in character.

By linking Kashmir movement with some global organizations, they (Indian agencies) are planning their roguish activities to influence the international community.

The peace-loving nations of the world have also acknowledged the disputed status of Jammu and Kashmir and we are pursuing a peaceful movement for its resolution.

One wonders why Musa chose to link to al-Qaeda rather than ISIS. The reason may be that ISIS is being defeated in Syria and Iraq, and ISIS is no longer the glittering, highly fashionable terror organization it once was.

The situation is typical of the confusion that arises all too often today, when a local jihadist militant group decides to declare allegiance to al-Qaeda or to the so-called Islamic State (IS or ISIS or ISIL or Daesh). This declaration allows the group to claim that al-Qaeda or ISIS is now conducting terror attacks in the region but, in fact, the pledge of allegiance is almost meaningless, except as a publicity stunt to impress the mainstream media, who always fall for it, hook, line and sinker. Guardian (London) and Hindustan Times and India Times and Pak Observer and India Times

India says that Kashmir’s law and order situation is improving

Zakir Musa became leader of Hizbul Mujahedeen (HM) following the July 8, 2016 death of HM leader Burhan Muzaffar Wani in a gunfight with the Indian army. Wani’s death triggered large anti-Indian stone-throwing riots of the past year throughout the rest of the summer and fall and resumed in Spring of this year. In the last year, almost ten thousand people were injured, and thousands of Kashmiris have been blinded in one or both eyes by pellet guns used by Indian security forces, and thousands of youths have been arrested.

India’s Ministry of Home Affairs (MHA) is now saying that the law and order situation is improving, with fewer stone-pelting incidents than in the past. According to the MHA, 95 terrorists have been eliminated, although 38 security personnel had lost their lives as well, while 89 were killed in 2016. Indian Express and Indian Express