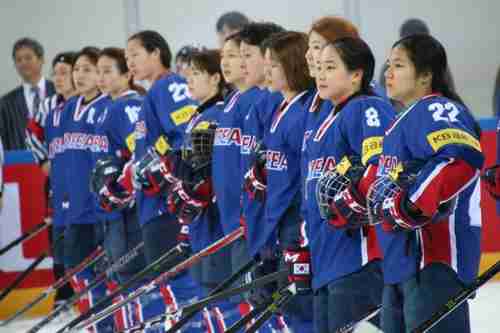 The United States and Canada are co-sponsoring an international meeting to discuss actions to be taken to prevent North Korea’s development of a nuclear weapon deliverable by a ballistic missile.

According to Canada’s foreign ministry:

In this spirit, Canada is co-hosting, with the United States, the Vancouver Foreign Ministers’ Meeting on Security and Stability on the Korean Peninsula on January 16, 2018. The Vancouver group of foreign ministers from across the globe will meet to demonstrate solidarity in opposition to North Korea’s dangerous and illegal actions and work together to strengthen diplomatic efforts toward a secure, prosperous and denuclearized Korean peninsula. To this end, foreign ministers will also discuss ways to increase the effectiveness of the global sanctions regime in support of a rules-based international order.

It is almost buried, but the key word here is “denuclearized.”

And when you drill down what the term “denuclearized” means to the meeting participants, it means that all nuclear weapons and nuclear weapons development must be completely removed from North Korea, and full, thorough international inspections have to be put in place. When that happens, then all international sanctions will be moved, and the result will be “a secure, prosperous and denuclearized Korean peninsula.”

This is infuriating China. In the delusional New Year’s speech of China’s president Xi Jinping, he bragged that China will “always be a builder of world peace, contributor of global development and keeper of international order,” even though China is an international criminal, having repeated Hitler’s actions by annexing other countries’ regions and building illegal military bases in the South China Sea. (See “1-Jan-18 World View — Xi Jinping says that China will now have a ‘say’ on all international issues”)

So China is calling the Vancouver meeting “illegitimate” and “cold war thinking.” Russia said that the meeting was “a threat to peace efforts.” Russia invaded Georgia and made Georgia’s provinces of South Ossetia and Abkhazia into Russian controlled puppets; Russia invaded Ukraine and Crimea, and illegally annexed Crimea. Russia and China always support each other’s criminal activities, and so the US and Canada decided that there was no point in inviting them to Tuesday’s conference.

In an interview on Wednesday, president Donald Trump praised China for its efforts to restrict oil and coal supplies to North Korea but said that China could do much more. He also said:

But unfortunately we don’t have much of a relationship with Russia, and in some cases it’s probable that what China takes back, Russia gives. So the net result is not as good as it could be.

The official reason being given why Russia and China were not invited to the meeting is that it is a meeting of a 20-country working group that fought in the Korean war 65 years ago. This is an obvious excuse since the real reason is that China and Russia are not believed and not trusted. In fact, many people suspect that they are happy with North Korea’s nuclear missiles since the nuclear missiles are pointed at the United States, and not at them.

Russia and China want all such meetings to be held in the UN Security Council, where they can give nonsensical speeches and can veto anything they do not like. The fact that Russia and China are so furious that a meeting is being held without them indicates a great deal of anxiety that they may not be able to get away forever with lying and showboating. Canadian Foreign Ministry and South China Morning Post and AP and Canadian Press

Most of the mainstream media are bubbling with glee at the news of North Korea’s participation in the Winter Olympic Games to be held in South Korea from February 9-25.

The plans for North Korean participation announced so far include:

Being the cynical person that I am, I’m going to guess that the girls in the 230-member cheerleading squad will be mingling with the North Korean athletes, and will have been trained to watch for and report any signs of defections.

Many media sources are describing this as a public relations masterstroke by North Korea’s child dictator Kim Jong-un, and that may be right. At the beginning of the year, North Korea was under enormous pressure to end its development of nuclear missiles. He carefully orchestrated the announcements that the North would be participating in the Olympics, and in doing so he bought himself 2-3 months’ time to continue nuclear and ballistic missile development with little cost to himself.

It is worth noting that almost all mainstream media sources, even those bubbling over with glee at developments, are questioning Kim Jong-un’s motives. Surprisingly, some media sources credit the Olympics games breakthrough to Donald Trump’s harsh tweets. One analysis in Seoul-based Chosun Ilbo even worries that the developments will give the North much needed cash:

North and South Korea will hold a celebration in the North’s scenic Mt. Kumgang resort on the eve of the 2018 Winter Olympics in Pyeongchang, and have skiers from both sides will train in Masikryong Ski Resort on North Korea’s east coast.

South Korean officials made the proposal during talks in the border truce village of Panmunjom on Wednesday and North Korea agreed. The latest agreement raises fears that package tours to Mt. Kumgang could resume and provide the North with cash for its nuclear and missile programs, and that Seoul could weaken economic sanctions against North Korea.

In fact, it seems apparent that few people are being fooled by Kim Jong-un’s publicity stunt. Even in his New Year’s speech in which he announced his participation in the games, and that “people who share the same blood [should] be happy together,” he also said that North Korea now has “a super-powerful thermonuclear weapon” such that “the entire US mainland is in our nuclear striking range,” so that “The United States can never provoke a war against me and our state.” North Korea will “mass produce nuclear warheads and ballistic rockets,” in order to create an arsenal of such weapons.

This extremely belligerent threat has not been forgotten and was well-remembered by the participants in the Canada-US sponsored meeting on North Korea held on Tuesday and Wednesday.

Trump’s chief of staff John Kelly was interviewed on Fox News on Wednesday, and said the following about the North Korea situation (my transcription):

This is one of those things that landed on this president’s lap [when he took office]. It’s been in the process for 25 years. We’ve kicked the can down the road. The problem at this point in time is there’s no road left. We have to deal with this guy. He cannot have a deliverable atomic weapon that can reach the united states reliably. It just cannot be. Obviously the president would much prefer to do this in alliance with every other nation of good will to convince this guy that it is not in his interest. But I believe we’re out of road.

I cannot imagine any statement more clearly made than this one that since “we’re out of road,” action has to be taken imminently. Furthermore, this is consistent with any number of statements in the last year by Trump, H.R. McMaster, Steve Bannon, Lindsey Graham, and others.

There seems no way out of this. Either Kim Jong-un will have to back down, in which case he’ll probably be killed by his generals, or Trump will order some military action to remove the North Korean threat, possibly leading a major regional or world war.

It looks like the North Korea nuclear issue is on pause until the February 25, when the Olympics games end. At that time, I would expect something to happen. Chosun Ilbo (Seoul) and Korea Herald and Washington Post and Reuters