Submerged wreckage of the U.S. Navy’s World War II Atlanta-class light cruiser USS Juneau (CL-52) has been located off the coast of the Solomon Islands.

An underwater search team led by the billionaire co-founder of Microsoft, Paul Allen, made the South Pacific find.

The Juneau was lost during the Battle of Guadalcanal, sunk by Japanese torpedoes on November 13, 1942. The battle claimed the lives of 687 men, including the five Sullivan brothers from Waterloo, Iowa. The lost souls became navy heroes and epitomized the service, sacrifice and dedication to freedom of the greatest generation.

R/V Petrel, which was acquired by Microsoft co-founder and investor Paul Allen and fitted with subsea equipment capable of diving to 6,000 meters, located the cruiser on March 17 – St Patrick’s Day – about 2.6 miles below the surface. 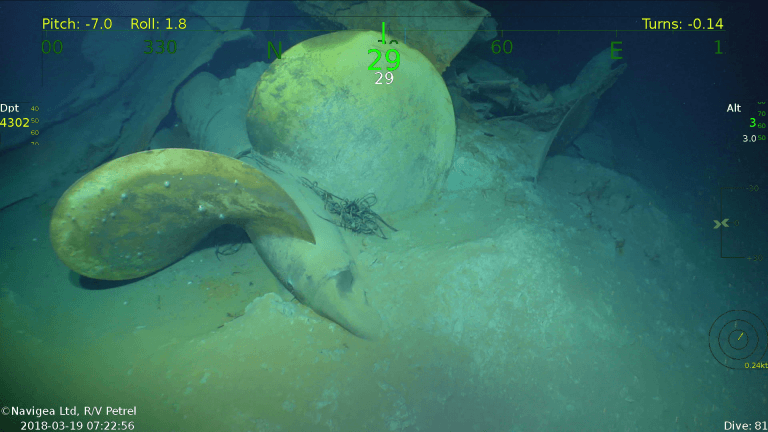 An underwater video image shows a propeller, part of wreckage from the USS Juneau. (Paul Allen)

“We certainly didn’t plan to find the Juneau on St. Patrick’s Day. The variables of these searches are just too great,” said Robert Kraft, director of subsea operations for Paul Allen. “But finding the USS Juneau on Saint Patrick’s Day is an unexpected coincidence to the Sullivan brothers and all the service members who were lost 76 years ago.”

The USS Juneau had a short service history, only being commissioned just under a year prior to it sinking.

Just a few minutes into the Battle of Guadalcanal, Juneau was hit by a Japanese torpedo on the port side near the forward fire room. The shock wave from the explosion buckled the deck, shattered the fire control systems, and knocked out power.

WWII ship USS Juneau located by #RVPetrel on St. Patrick’s Day—unexpected coincidence since she is best known for the Sullivans, all 5 brothers were lost, along with the other 682 sailors. Only 10 survived the sinking by Japanese torpedoes. https://t.co/FOkRwR6FXc pic.twitter.com/1PZjNP1uHd

The cruiser limped away from the battle only to founder later that day after a Japanese submarine fired a torpedo that struck her a second time on the port side.  The ensuing magazine explosion blew the light cruiser in half, killing most of the crew.

Because the Juneau sank in 30 seconds and due to the risk of further Japanese attacks, the American task force did not stay to check for survivors. It was later revealed approximately 115 of Juneau‘s crew survived the initial explosion and took to the water, including possibly as many as two of the five Sullivan brothers.

Exposure, exhaustion, and shark attacks whittled down the survivors and only 10 men were eventually rescued from the water eight days after the sinking. 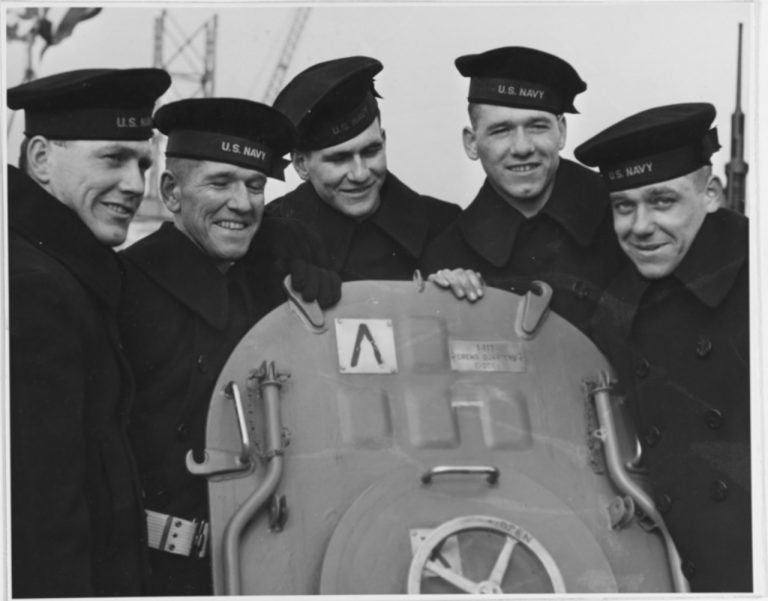 The Sullivan family of Waterloo, IA lost their sons George, Francis “Frank,” Joseph, Madison “Matt” and Albert. The five sailed aboard ship despite the naval policy that prevented siblings from serving at sea together. The brothers refused to serve unless assigned to the same ship and the policy was ignored.

Expeditions funded by Allen have resulted in the discovery of the USS Lexington, the USS Indianapolis, the USS Ward, the USS Astoria, Japanese battleship Musashi and the World War II Italian destroyer Artigliere.