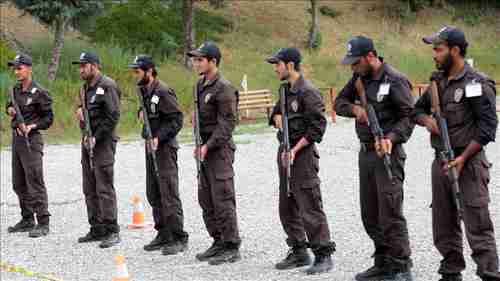 Turkey is continuing to tighten its grip on the northern Syrian city Afrin, on Turkey’s border, following the successful completion of Operation Olive Branch.

Turkey’s military Operation Olive Branch began on January 20 and took place over several months, with the objective of regaining control of Afrin from the Kurdish People’s Protection Units (YPG). The YPG is linked to the Kurdistan Workers’ Party (PKK), which the U.S. and Europe consider a terrorist organization, and has conducted numerous terrorist attacks within Turkey over a thirty year period.

The operation was executed by Arab militias in the Free Syrian Army (FSA), backed by Turkish armed forces. Turkey declared the operation successfully completed on March 18.

Since then, Turkey has been tightening its control on Afrin. On April 10, Turkey announced plans to open a new border crossing from Turkey to Afrin with the objective of speeding up delivery of humanitarian aid to the city. However, at the same time, the new border crossing gives Turkey complete control over Afrin.

Syria’s president, Bashar al-Assad, backed by Russia and Iran, is demanding that Turkey return control of Afrin back to the Syrian regime. However, Turkey is showing no signs of being willing to do so.

On Wednesday, Turkey announced that 600 Syrian police, aged 18 to 45, have received a month’s training in Turkey, and are now trained and ready to be deployed back to Afrin to provide security as local police officers, “in an effort to return daily life to normal in the recently liberated city.” They received training in intervention in social incidents, police regulations, general discipline, residential district, operation education, destroying improvised explosives, and crime scene investigation.

Turkey’s president Recep Tayyip Erdogan has repeatedly promised on numerous occasions that once the operation in Afrin had been completed, the FSA forces would move east to perform a similar operation in the city of Manbij, and continue from there to the Euphrates River and beyond to Iraq.

That was always going to pose big problems, since the YPG in Manbij and further east were U.S. allies that were the principal fighters that ejected the so-called Islamic State (IS or ISIS or ISIL or Daesh) from Raqqa and other regions in eastern Syria. Thus, an FSA assault on the YPG in Manbij risked a military clash with U.S. forces.

U.S. protection of the YPG in Manbij has now been formalized. On Wednesday, it emerged that U.S. forces had set up a new base in Manbij three months ago, shortly after Turkey launched its assault on Afrin. The new base will house both U.S. and French troops, who will have the responsibility of patrolling the border to prevent clashes between the Turkish-backed forces and the YPG in Manbij. Daily Sabah (Ankara) and Reuters and Yeni Safak (Ankara) and Daily Express (London)

Israel-Iran missile barrages in Syria take a pause on Thursday 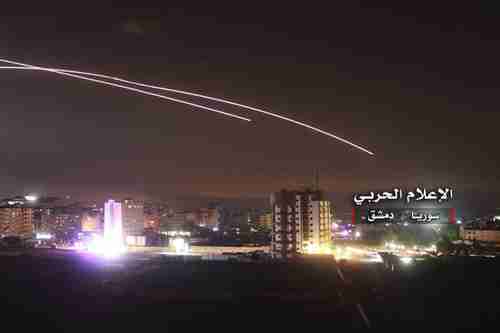 The military battle between Iran and Israel that began on Wednesday evening and continued through the night has taken a pause, with many signs that the pause will be only temporary.

According to Israel’s military, the battle was triggered when Iran’s Quds Force, in Syria near the border with Israel, fired 20 missiles at Israeli military positions in the Golan Heights border area separating western Syria from northern Israel.

According to Israel, this was the first ever direct Iranian rocket attack on its troops.

This triggered the most intensive attack ever on Iranian positions and assets in Syria. Israel retaliated with what appeared to be surface-to-surface missiles, and multiple Syrian anti-aircraft batteries were launched to try to intercept them. Officials said that the response targeted almost all of Iran’s military infrastructure inside Syria, including dozens of weapons storage sites and intelligence centers used by elite Iranian forces, as well as Syrian air defense systems. Israel struck more than 50 Iranian targets, in its most extensive operation in Syria since 1974.

Israeli Defense Minister Avigdor Lieberman said, “They need to remember the saying that if it rains on us, it’ll storm on them. I hope we finished this chapter and everyone got the message.”

Iran said that it had no desire to escalate the military conflict. Iran’s president Hassan Rouhani said, “Iran has always sought to reduce tensions in the region, trying to strengthen security and stability.”

Israel informed both Russia and the U.S. of its plans ahead of the retaliatory strikes. Israeli officials say that Iran still has long-range capabilities in Syria with which to strike Israel, suggesting that the battle has not ended. Jerusalem Post and Independent (London) and CNN and Debka (Israel)