The rightful owners of two of Cuba’s largest ports, stolen from their families by the Cuban Revolution, launched a campaign this week in conjunction with human rights organizations to discourage American tourism in the island nation.

Dr. Javier García-Bengochea, rightful owner of the Port of Santiago de Cuba, and Mickael Behn, rightful owner of the Havana Docks Corporation, tell Breitbart News that American tourist corporations like Carnival Cruise Line are profiting from the use of their stolen ports, and that any American money spent under the Castro regime serves to feed the human rights abuses of the “white male military dictatorship.”

The bilingual campaign, called “Don’t Aid Theft,” launched with the help of Directorio Democrático Cubano on Wednesday, two days after Senator Jeff Flake (R-AZ) enthusiastically told Americans at a press conference in Havana that tourism to Cuba is “safe” and described a meeting with Cuba’s president Miguel Díaz-Canel as “friendly.” While holding the title of president, Díaz-Canel has no authority over the military or the Communist Party, still led by Raúl Castro. Castro did not make the time to meet with Flake.

“This is a white male military dictatorship … two brothers, all the rulers there are generals in the military – white, elderly, octogenarian white males,” Dr. García-Bengochea explains of the regime, noting that they control everything in Cuba, and “everything in Cuba is stolen.”

“Any American venture – any venture involving anyone – is almost a necessarily involving stolen property,” he argues.

García-Bengochea’s family are the rightful owners of the La Maritima Parreño, the port of the eastern city of Santiago, stolen by the Castro regime in 1960, among other Santiago properties. He is one of 6,000 Americans who fell victim to the Revolution’s larceny spree in the 1960s. Fidel Castro “nationalized” millions of dollars in American property following the Revolution, claiming it necessary to enact Marxist social justice. 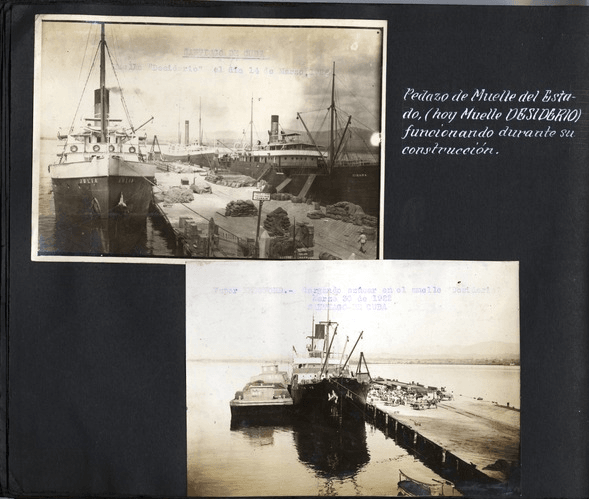 La Maritima Parreño in 1922. Caption reads: Piece of the Wharf of the State (today, Desiderio Wharf), functioning while under construction. (via University of Florida digital collections)

He tells Breitbart News that it is important that Americans know that the dollars they spend on cruises and tourism ventures in Cuba profit a regime that robbed their fellow citizens and continues to unapologetically benefit from that crime.

“Americans have been sold this lie, this bad deal of goods, that Cuba is this idyllic, struggling banana republic where you go and enjoy your week there salsa dancing with mojitos,” he explained. “But the rum brands, the cigar brands, even the old American jalopies are stolen.”

“In November 1960, Fidel Castro came and just took it over. From that point, it was an American company, it was headquartered in Delaware and had offices in New York,” he notes. “He had fought till his passing about two years ago to try to get it back and to try to get the American government to help him and support him to get the money back but all we’ve had is the claim, the Helms-Burton claims.” 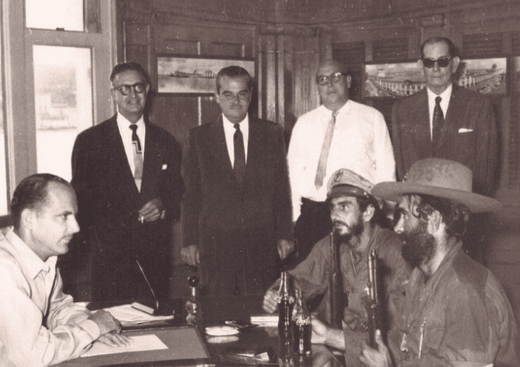 William Behn, owner of the Havana Docks Corporation, forced to hand over his property to the Castro regime in 1960. (via All Together for a Free Cuba)

The Helms-Burton Act – officially, the Cuban Liberty and Democratic Solidarity Act – allows Americans who were robbed of their property following the Revolution to establish claims in U.S. courts. It also prohibits trafficking in property stolen from U.S. citizens.

The dock owners have launched their campaign against tourism to Cuba in part because, following the enactment of a new policy under President Barack Obama allowing some business with the Castro regime, American cruise lines have begun to use their ports. Carnival Cruise lines found Cuba’s profit potential large enough to initially agree to the Castro regime’s demand that no American-born ethnic Cubans be allowed on their ships, a violation of the 1964 Civil Rights Act. Carnival ultimately backtracked, following a campaign against the move by Cuban-Americans, and Cuba withdrew their ban on Cuban-Americans arriving on the island by boat, a relic of the Bay of Pigs invasion.

The cruise industry generally posted the biggest profits in a decade in 2017. Carnival identifies itself as the “world’s largest leisure travel company” and announced in February a set of 17 new cruise trips to Cuba arriving in 2019.

“They’re making millions right now, I think they projected 500,000 tourists reaching my ports alone this year, with a projected 2 million by 2020,” Behn tells Breitbart News. “[The Havana port] is an American corporation that is still running, and now there’s another American corporation, in essence, using our claim to our property. It’s like somebody stole your house and now they are renting it to your neighbors. It makes no sense.”

“Carnival has gone to Cuba ostensibly because their interaction with Cuba and American tourists [are] going to bring change,” he notes. “But let’s be clear here: Carnival is partnered with the dictatorship. Carnival doesn’t want change to come.”

Dissident Daniel Llorente attempts to greet Carnival’s Adonia cruise ship before being arrested. Llorente was famously arrested a year later and forced into a psychiatric institution for waving an American flag during Cuba’s Marxist May Day Parade. (via Mundo TKM)

The “Don’t Aid Theft” campaign debuted on the heels of a very different message from Senator Flake, speaking in Havana.

“Americans can still travel to Cuba and we want to emphasize that,” he told reporters. The rules are a little different but it is still easily accessible. I sure want to make sure that Americans know it is safe to travel here, and many are still coming, but I want that message out more, and that is part of the reason for this visit.”

“Jeff Flake is a disgrace and he is not as stupid as he sounds,” García-Bengochea said in response to his statements. “Cuba’s not run by the government. Cuba is run by the military dictatorship. The government is simply an enormous bureaucracy that insulates the military oligarchs from any accountability to the Cuban people. So Jeff Flake is telling Americans to put their hard-earned money and put it into the dictatorship – not into vaccinating children or teaching kids to read or providing health care.”

“The American government just aren’t helping us … they are not penalizing the cruise lines for using American confiscating property, and to have people boasting about Cuban tourism sounds to me like they are pushing lobbyists’ [interests] from behind,” Behn posits. “The cruise lines are really happy about this whole tourism to Cuba, it’s the greatest new destination for them and they are making tons of money.”

A 2017 report by the pro-Havana advocacy group EngageCuba found that Carnival “took advantage” Obama’s “thaw” policy, along with travel companies like American Airlines. According to the campaign finance database Open Secrets, Flake has taken more money in 2018 from the cruise ship industry than any other senator and all but two lawmakers in Congress, both from Florida. American Airlines is marked as the third most generous contributor to Flake since 1999.

The port owners have decided to take action to spread awareness of the injustice their families have suffered as they wait for legal action. Behn says the Trump administration has been more “open-minded” to their claims, and the two will persist in fighting.

“The law is in place,” García-Bengochea insists. “One day we will get there because these cruise lines know they are trafficking in stolen property.”