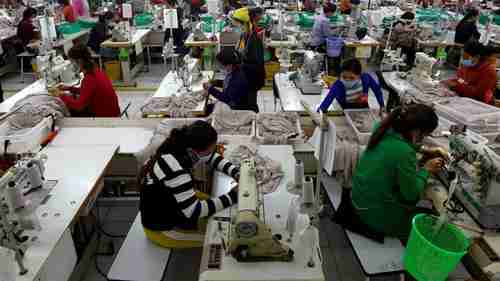 Cambodia’s Prime Minister Hun Sen is threatening to kill opposition politicians if the European Union revokes its grant of trade preferences to Cambodia.

The trade preference program, known as the Generalized Scheme of Preferences (GSP), grants to Myanmar the right to export goods to the E.U. without paying tariffs. The GSP “Everything But Arms” (EBA) status allows Cambodia to sell any goods except weapons tariff-free into the E.U.

The E.U. threat follows elections last year in July when Hun Sen’s party won all 125 parliamentary seats up for election. To guarantee his victory, early last year Hun Sen jailed Kem Sokha, the leader of the opposition Cambodia National Rescue party (CNRP), the only viable opposition party, and then ordered the complete dissolution of the CNRP.

On Monday, Hun Sen threatened to retaliate against CNRP politicians if the trade preferences were withdrawn, and that critics should be prepared to flee to other countries: “If you (the EU) want the opposition dead, just cut it [the EBA]. If you want the opposition alive, don’t do it and come and hold talks together. People are prepared to flee, be prepared. I won’t forgive them.”

At the request of Hun Sen, Cambodia’s Supreme Court banned 118 CNRP party members in 2017, accusing them of working with the United States to plot a coup. These 118 people are presumably the ones who would be at risk of retaliation if E.U. withdraws the trade preferences.

Hun Sen regularly threatens violence against political critics. At an ASEAN summit meeting held a year ago in Sydney, Australia, he and Myanmar leaders were both met with large groups protesting human rights violations in both countries. Hun Sen warned protesters, “I will follow you all the way to your doorstep and beat you right there … I can use violence against you.” There have been no reports that he followed up on these threats. Asia Times and Reuters

Hun Sen is following the same generational pattern that I have described in numerous leaders from other countries, such as Bashar al-Assad in Syria, Paul Biya in Cameroon, Pierre Nkurunziza in Burundi, Paul Kagame in Rwanda, the military junta in Thailand, Yoweri Museveni in Uganda, Robert Mugabe in Zimbabwe, Salva Kiir in South Sudan, and Joseph Kabila in DRC.

What these countries have in common is that the previous generational crisis war was a bloody ethnic or tribal civil war. After the war ends, the leader of the country, usually from the winning tribe or ethnic group, refuses to give up power and becomes increasingly violent and authoritarian, using as an excuse that peaceful protests or negative news articles can turn into a new civil war. This excuse provides justification for mass slaughter, rape, torture, mass jailings, mutilations, and so forth. This happens in country after country, differing only in level of violence. Bashar al-Assad in Syria exhibits the most violence, using missiles, barrel bombs, Sarin gas, chlorine gas, and other atrocities on hospitals, marketplaces, schools, and civilian neighborhood, resulting in genocide and ethnic cleansing of his Sunni Arab political enemies. ( “1-Dec-18 World View — Evidence grows of Assad’s ‘final solution’, extermination of Arab Sunnis in Syria”)

Cambodian culture dates back to at least 5000 BC. During the period 500 BC to 500 AD, the Khmer people in Cambodia were strongly influenced by Indian culture, via India traders, bureaucrats, and priests. When Khmer became a written language in about 300 AD, Indian characters were adapted for its alphabet. Cambodia adopted some Indian gods, but not the caste system of Hinduism. In the 1200s, there was a mass conversion of Cambodians to Theravada Buddhism, a religion that was also adopted by the neighboring Thais. There were several centuries of wars between the Khmer and the Thais until the French arrived in the 1860s.

Cambodia became a French protectorate in 1863. Cambodia gained independence from France in 1953 and supported the North Vietnamese against the South Vietnamese and the Americans in America’s Vietnam War. It is easy to underestimate the horror of what happened next, since in the vitriolic political atmosphere following the Vietnam War, leftists like Jane Fonda vocally denied it was even going on, saying “I will never criticize a Communist government.”

And yet, the Buddhist society of the China-backed Khmer Rouge in Cambodia in 1975-79, led by Pol Pot, perpetrated one of the three or four top mass genocides of the 20th century, comparable to the huge genocides of Adolf Hitler, Josef Stalin, and Mao Zedong.

The Buddhist Cambodian “Killing Fields” genocide, 1975-79, killed something like 1.7 to well over 2 million people, out of a population of 8 million. So around 20 percent of Cambodia’s population was killed, making it possibly the worst genocide, on a percentage basis, of the 20th century. Pol Pot was trying to imitate Mao Zedong’s Great Leap Forward in China, which was a genocide that killed tens of millions of people out of some two billion. Mao Zedong and Pol Pot may be comparable in their genocides. In all cases, these millions of people were the subject of almost unimaginable atrocities, including torture and rape.

In 1991, Prime Minister Hun Sen signed a peace agreement called the Paris Peace Accords, a document that guaranteed democracy and human rights in Cambodia. However, like other leaders we have described following an ethnic or tribal civil war, Hun Sen has become increasingly authoritative and dictatorial, using as an excuse that unlimited violence is justified to avoid returning to the violence of the civil war.

In October 2016, as Hun Sen was brutally cracking down in preparation for these new elections, he said the following in a speech: “Don’t imagine you can hold a meeting like the Paris Peace conference again because the Paris Peace [Accords] agreement is like a ghost.”