U.S. military troops gave the first lady a “Hello!” as she greeted them Tuesday morning.

"Thank you for your service and sacrifice and all that you do on behalf of our country."@FLOTUS Melania Trump delivers #MemorialDay address to U.S. troops aboard the USS Wasp in Yokosuka, Japan. pic.twitter.com/wKjttYag82

“It is wonderful to be with you today. This has been a very enjoyable and productive visit with the Japanese people. And we are thankful for the incredible hospitality that we have received,” Mrs. Trump told the group at Yokosuka Naval Base in Japan.

“Back in November, I visited the USS George H.W. Bush, one of our nation’s great aircraft carriers at work in the Atlantic Ocean,” she went on. “It is a privilege to once again join with you, our incredible sailors and Marines, on the USS Wasp at work, here in the Pacific Ocean.”

The first lady thanked all those gathered for their “service and sacrifice” and for all they do on behalf of the United States of America.

“May God bless you and your families,” she said before introducing her husband, their “commander-in-chief, the 45th president of the United States of America.” 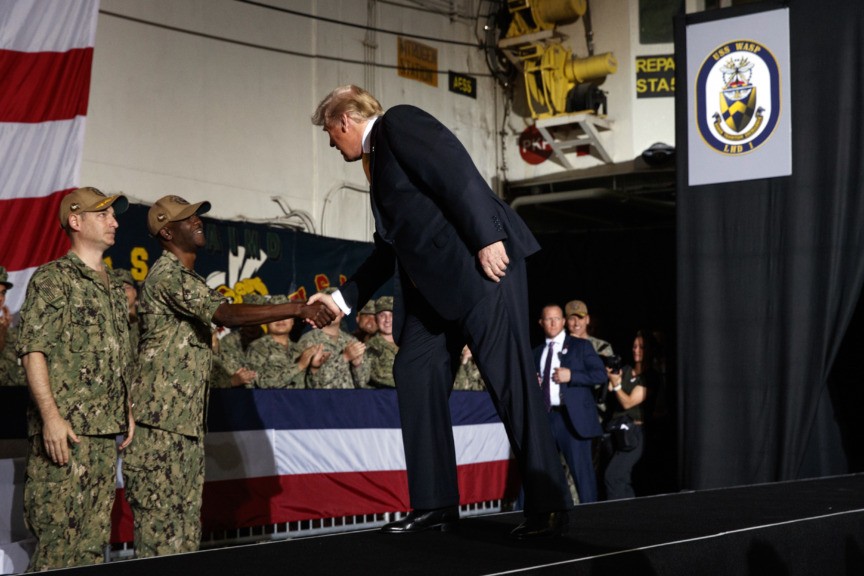 “Mr. President?” she said turning the stage over to President Trump as the crowd began chanting, “USA! USA! USA!”