The BBC published an explosive report on Monday citing leaked government figures showing Iran has documented nearly triple the number of Chinese coronavirus deaths internally as it has publicly and identified nearly half a million cases within its borders.

Officially, the Islamic regime claims to have documented 312,035 cases of Chinese coronavirus, by far the worst infection rate in the Middle East. At press time, Iran has admitted to 17,405 deaths.

In contrast, what the BBC reported to appear to be legitimate Iranian government documents revealed that officials had actually documented nearly 42,000 deaths by July 20, a figure likely to have increased significantly in two weeks since publication. The equivalent official count by July 20 showed 14,405 deaths. Similarly, the BBC reported that 451,024 cases appeared in the secret government logs for a timeframe in which Iran had claimed to the outside world it had documented 278,827 cases.

The BBC claimed an anonymous source within the government sent in the documents and that they show not just numerical statistics, but identifying information for each individual case, “including names, age, gender, symptoms, date and length of periods spent in hospital, and underlying conditions patients might have.” Information already compiled by a BBC investigation reportedly confirmed many of the names on the list.

The British news agency noted that the leaked documents revealed several damning details beyond the sheer number of those killed by the Chinese coronavirus, among them the fact that official estimates were publically five times smaller in March than the documents showed and that first case identified in the document occurred on February 19.

According to the BBC document, 52 people had died of Chinese coronavirus by the time Iran admitted its first case.

That first case in the leaked data appears as having been confirmed on January 22, a particularly volatile month in Iranian politics following the U.S. airstrike against Iranian terror chief Major General Qasem Soleimani. Iran was facing severe international criticism at the time for responding to the airstrike taking out a senior member of the terrorist Islamic Revolutionary Guard Corps (IRGC) by shooting down an unrelated Ukrainian passenger jet, killing everyone on board, and lying about it, blaming “mechanical error.” 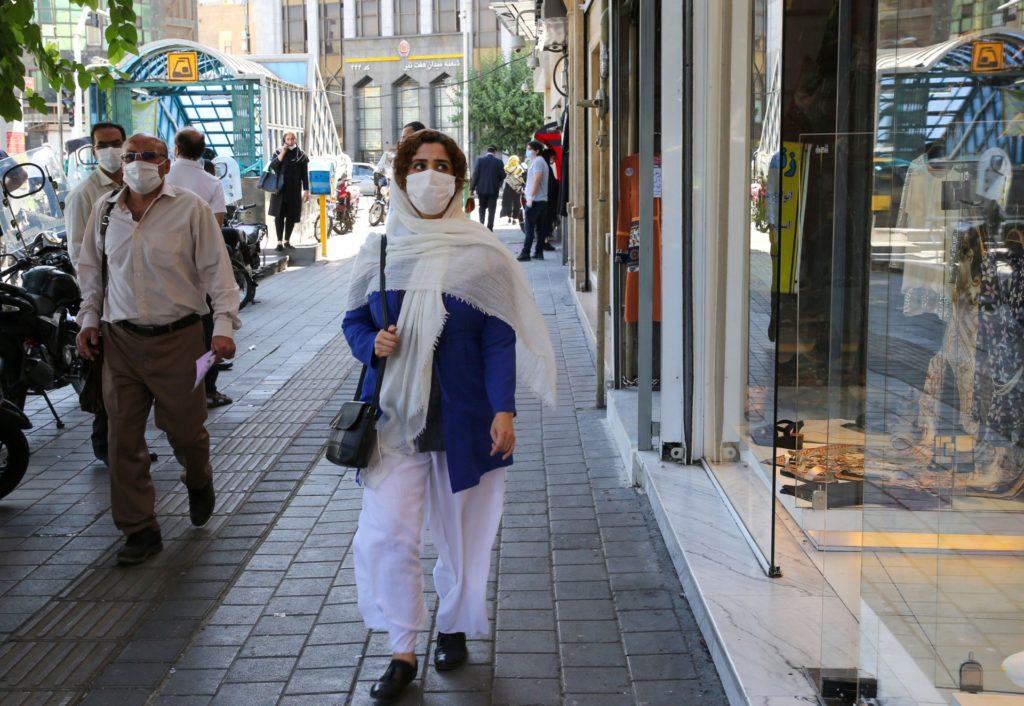 An Iranian woman, wearing a protective face mask, walks down a street in the capital Tehran during the COVID-19 epidemic. – The Islamic republic has been battling a resurgence of the virus, with official figures showing a rise in both new infections and deaths since a two-month low in May. (ATTA KENARE/AFP via Getty Images)

Another difference between official figures and those in the leak that BBC identified is the high number of individuals on the secret list identified as foreigners, most considered migrant workers or refugees. The Iranian regime has a long history of abusing Afghan refugees in particular, which reports have revealed Tehran has used as cannon fodder to help its ally Bashar al-Assad in the Syrian Civil War. A report published in May also documented a case in which Iranian border guards laughed as they tortured and drowned Afghan refugees. Iran flatly denied that the incident occurred.

The BBC statistics support months of efforts by both independent journalists and Iranian dissident activists, who have consistently revealed not only evidence of Iranian regime falsification of numbers, but translated statements by local Iranian officials like mayors and hospital administrators who complained that the case totals out of Tehran were smaller than the sum of the totals out of cities and provinces.

The largest estimate of the true number of people in Iran affected by the virus is at over 81,000 deaths as of Sunday. The National Council of Resistance of Iran (NCRI) published that number, an update of its regular tally of cases culled from on-the-ground sources in hospitals and local government. The NCRI and its affiliate, the People’s Mojahedin Organization of Iran (PMOI/MEK), constitute Iran’s largest dissident organization.

NCRI noted in the publication of its latest number on Sunday that Iran is experiencing a spike in the number of coronavirus deaths and cases nationwide, despite months of community spread.

“Twenty cities in Mazandaran province are in code red and two are in alarming conditions. The number of Covid-19 [Chinese coronavirus] cases hospitalized have doubled in the past six weeks and the increase in the number of coronavirus cases in Mazandaran are truly concerning,” a spokesman for the Iranian Health Ministry said on Sunday, according to an NCRI translation. “Seven cities and towns in Lorestan province are in code red while three are in alarming conditions.”

Iranian media covered the spokesperson’s remarks, but emphasized in other reports alleged support for its handling of the pandemic from the World Health Organization (W.H.O.), a global agency with close ties to Iran’s ally China, the origin nation of the pandemic.

According to the state-run Mehr News Agency, W.H.O. representative in the country Christoph Hamelmann praised Tehran for its allegedly efficient response in procuring protective gear for hospitals and beds for critically ill patients.

“There is a good balance in the reception of patients suffering from coronavirus,” Mehr quoted Hamelmann as saying.” 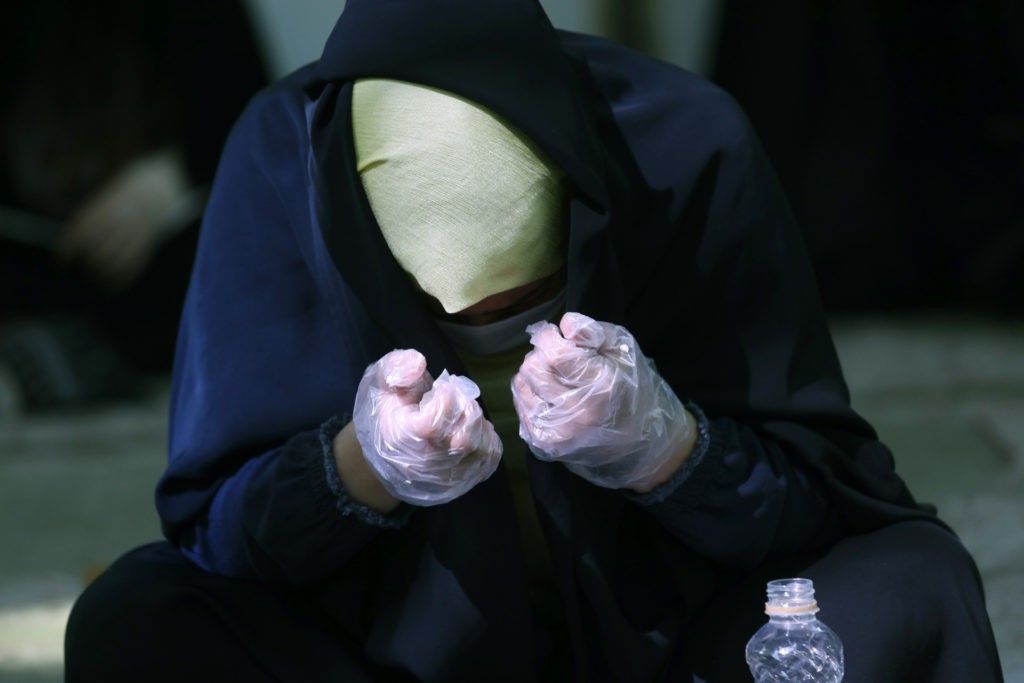 A worshipper wearing protective face mask and gloves to help prevent the spread of the coronavirus weeps as she prays during Arafat Day in the mosque of Tehran University, Iran, Thursday, July 30, 2020. Arafat is an emotional day of repentance and supplication for Muslims ahead of Eid al-Adha and the day of forgiveness as Muslims believe they are offered a chance to repent their sins. (AP Photo/Vahid Salemi)

“We’ve said the weakest link in their chain is the data. They are rapidly increasing their ability to test and so the numbers will go up,” Rick Brennan, Director of Emergency Operations for the W.H.O.’s Emergencies Program, said in March.

While W.H.O. officials have been reluctant to condemn Iran’s handling of the pandemic, Health Minister Saaed Namaki lamented his government’s “embarrassing” display in July, condemning President Hassan Rouhani personally for “having no economic plan” and failing to take the virus seriously. To the extent Namaki has said anything positive about Iran’s response to the virus – which he leads – he has attributed it to “God’s grace.”