Australian Prime Minister Scott Morrison affirmed in remarks on Thursday that tennis star Novak Djokovic, the top-ranked player in the world, will have to prove that he has received a Chinese coronavirus vaccine to play in the upcoming Australian Open.

Djokovic, who is tied with Roger Federer and Rafael Nadal for most Grand Slam titles in history, has openly stated, “personally, I am opposed to vaccination” in the context of experimental Chinese coronavirus vaccines. The Serbian player has repeatedly described mandatory vaccination as a violation of “freedom of choice” even has his position has evolved from opposing vaccination – the previous comment is from April 2020 – to insisting his vaccination status is a private matter.

Djokovic won his first Grand Slam at the Australian Open and has been most successful there, making it of particular sentimental importance to him and his presence especially important for Australian tennis fans. He has won more Australian Open men’s singles titles than any other player in history. The 2022 iteration of the tournament has already seen two top crowd-pleasing players, Federer and Serena Williams, withdraw due to injuries, jeopardizing its ability to attract spectators. Losing Djokovic would likely be a notable economic blow to the tournament. 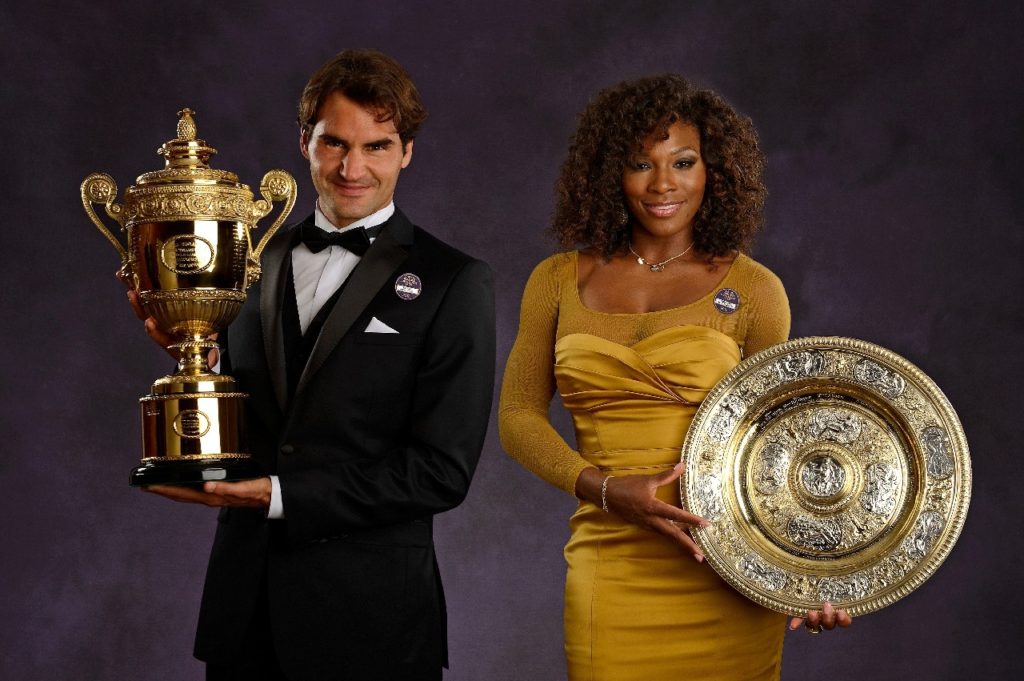 After several days in which tennis and government officials appeared to bounce responsibility of enforcing Australia’s repressive coronavirus policies, which require people who enter the country to be fully vaccinated, on Djokovic, Morrison asserted that he would not receive an exemption from the law on the basis of his job. 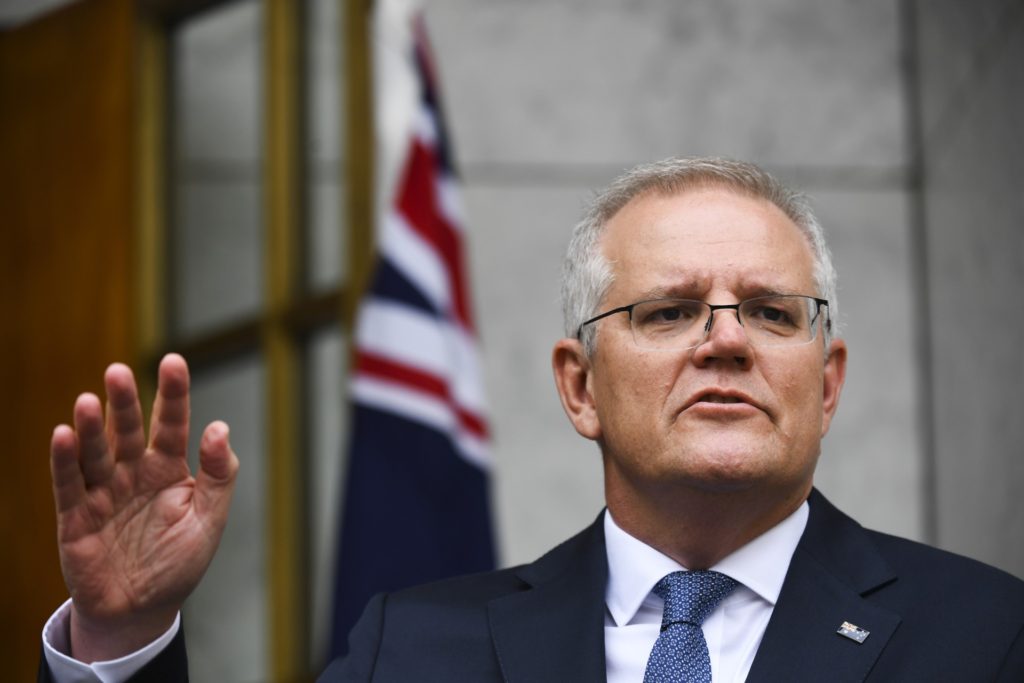 Like Tennis Australia, the organization that stages the tournament, and local officials in the state of Victoria where the event will take place, Morrison pointedly distanced himself from the responsibility of actually banning Djokovic from the country in the event that he did not present proof of vaccination.

“They apply by the same rules and that they are the rules in place for the Victorian government and the Australian Open itself and they have their rules,” Morrison said. Medical exemption “decisions are being made by medical officials and other officials, not by politicians,” he insisted.

The issue of who is responsible for keeping Djokovic out of the country, and the tournament, made headlines this week when Australian outlets accused Tennis Australia of cooperating with Djokovic to find a way to exempt him from the vaccine mandate. The deputy premier of Victoria, James Merlino, in response to the headlines, asserted on Tuesday his government’s “expectation” was that Djokovic, and anyone else involved in any way with the tournament, would be vaccinated. The use of the word “expectation” suggested that Tennis Australia would be responsible for ensuring the vaccination status of participants.

“They’re the rules. Medical exemptions are just that – it’s not a loophole for privileged tennis players,” Merlino said.

In response to the speculation, Tennis Australia issued its own statement on Wednesday calling reports that it was helping Djokovic “simply untrue.”

“Any application for a medical exemption must follow strict government guidelines based on Atagi (Australian Technical Advisory Group on Immunisation) clinical advice,” the statement read, bouncing the responsibility back to the government. “This is the same process that applies to any person wanting to enter Australia.”

Adding to the confusion was a press release issued by the organizers of the Australian Open on Wednesday that not only listed Djokovic as a player in the tournament, but used his presence to advertise the event.

“Defending champion Djokovic will play for an incredible 10th Australian Open trophy — and a men’s record 21st major singles title — and will be the favourite,” the press release read, “in a draw which showcases 49 of the world’s top 50 including world No.2 Daniil Medvedev, who beat top-ranked Djokovic in this year’s US Open final.”

Craig Tiley, the Australian Open tournament director, tried to clarify the situation by asserting that the published list was “automatic” and did not indicate a confirmation of who would play.

“The entry list is automatic based on your ranking and then in the next two weeks it’s determined who on that list is coming and then a couple of weeks after that, we do the draw,” Tiley said on Thursday. “Players will pull themselves off the entry list if 100 percent they know they aren’t coming up, it’s not an actual list of confirmation of players in the Australian Open.” 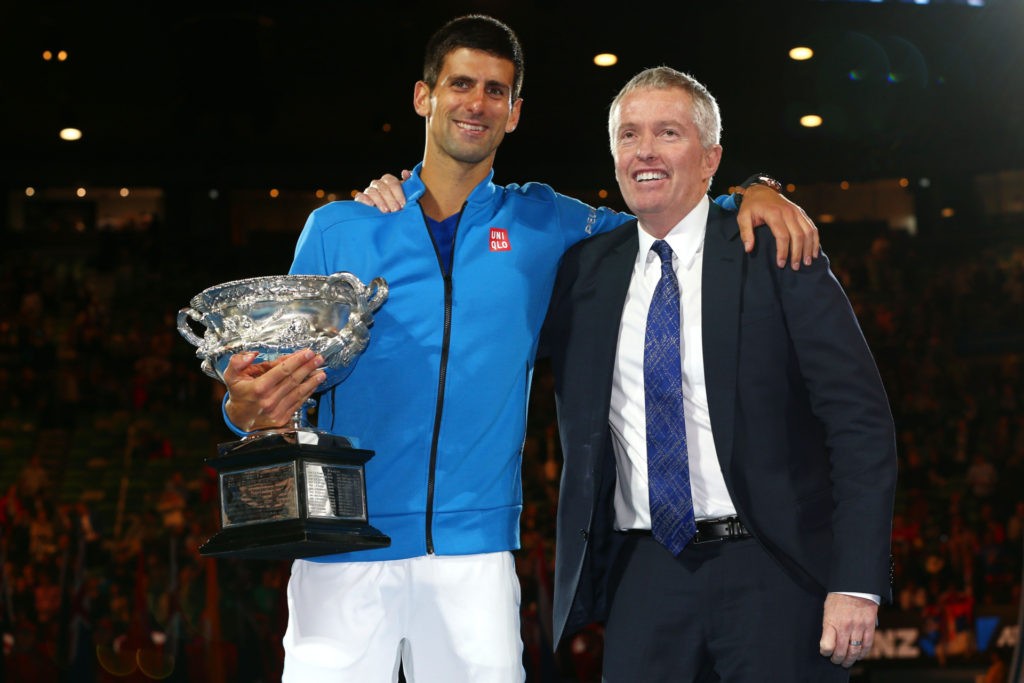 Novak Djokovic of Serbia holds the Norman Brookes Challenge Cup as he poses with Tournament Director of the Australian Open, Craig Tiley after winning his men’s final match against Andy Murray of Great Britain during day 14 of the 2015 Australian Open at Melbourne Park on February 1, 2015 in Melbourne, Australia. (Photo by Clive Brunskill/Getty Images)

Williams appeared to pull herself off the list before the press release went out this week. Williams is ranked 41 in the world; the list skips from 40 to 42.

Tiley insisted that it was “really hard” to say if Djokovic would appear.

“If he’s vaccinated, we need evidence of that certificate and if he’s not vaccinated and has a medical condition, he’ll have to go through the medical exemption process and that’s managed blind so we don’t know who’s making that application,” Tiley explained. “A bit more will play out in the next couple of weeks, we know he wants to come as does every other athlete but they know the criteria and conditions they have to accept to come into Australia and into Victoria to play the Australian Open.”

Tiley emphasized that “Australian authorities” had the power over medical exemptions, so it was not up to Tennis Australia officials to enforce the law on Djokovic.

Djokovic himself has refused to say whether or not he will appear at the Australia Open, urging the public to be patient with him – an indication that he is attempting to go through the process necessary to play, and one that he is not vaccinated. A vaccinated player can just show his documentation and not expect any pushback from authorities, as both government and Tennis Australia officials have insisted.

“I understand you want answers on where and how I am going to start the new season, but we’ll see what the future holds,” Djokovic said last week. “I can’t give you a date, but obviously the Australian Open is coming soon, so you will know very soon.”

“Under these blackmails and conditions, he probably won’t,” he said. “I wouldn’t do that. And he’s my son, so you decide for yourself.”

The elder Djokovic added that he did not know if his son had received a Chinese coronavirus vaccine.