The World Cup, the planet’s most prestigious soccer tournament held every four years, is currently underway in the small repressive monarchy of Qatar. Qatar is a nation friendly to the Chinese Communist Party that maintains some restrictive Chinese coronavirus measures, such as vaccine and quarantine requirements. Doha rescinded many of its restrictions, however, and has allowed World Cup spectators to attend the events in its massive stadiums without the use of sanitary masks.

China is the only large country in the world that still mandates masks and uses extensive lockdown protocol to imprison citizens in their homes, allegedly as a way to contain the spread of Chinese coronavirus. The Communist Party has also built, and continues to build, massive quarantine camps where it imprisons individuals who test positive for the disease. Neighborhoods in nearly every major city in China are currently still under lockdown and the regime has insisted throughout this week that it has no plans to loosen restrictions.

The reported censorship of World Cup coverage followed expressions of outrage throughout Chinese regime-approved social media outlets, expanding as Chinese spectators tuned their televisions to a maskless event featuring thousands of people for the first time since the pandemic began in Wuhan, China, in late 2019.

The regime censored an unsigned letter that began circulating the state-controlled social media site Weibo last week angrily asking the Communist Party if it was unaware that China was on the “same planet” as Qatar. 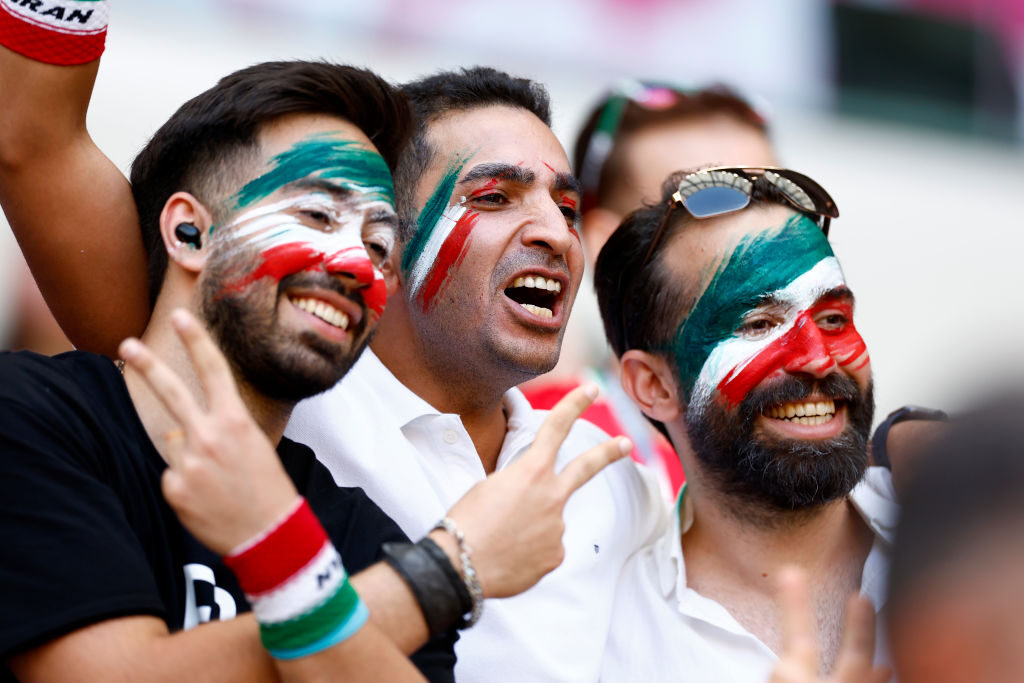 China has vocally supported Qatar’s hosting of the World Cup despite the latter’s extensive record of human rights abuses and has boasted that as much as 70 percent of the merchandise sold at the event was made in China. Encouraging Chinese citizens to tune into the event, however, appeared to feed into growing outrage surrounding lockdown policies that climaxed this weekend with protests in the country’s major cities, attracting at least hundreds of people.

The Hong Kong-based South China Morning Post reported on Sunday that CCTV Sports, the Chinese government broadcaster airing the World Cup, appeared to be swapping out close-up images of the crowd with either footage of the teams on the field or shots of the crowd taken from too far away to appreciate if faces were exposed.

“During a live broadcast of Sunday’s group game between Japan and Costa Rica, state broadcaster CCTV Sports replaced close-up shots of maskless fans waving flags with images of players, officials or the football stadium,” the Morning Post reported. “Broadcasters had already taken action to cut out crowd shots, doing exactly the same for the game between Australia and Tunisia, a move that was quickly picked up by social media.”

Australia’s SBS published a video comparing CCTV’s coverage of matches to Australian coverage at the same time in individual games, showing that CCTV preferred shots of coaches and players and cut out audience footage where open faces were clearly visible.

China’s censorship of the event contradicts its own heavy promotion of the World Cup days before it appeared to stoke years of discontent regarding the Communist Party’s coronavirus policy. The Global Times, a Chinese regime propaganda outlet, boasted in multiple articles that, despite China’s tradition of maintaining a woeful national soccer team, “Chinese characteristics” were prominent throughout the World Cup.

“Although the Chinese men’s national team did not enter the World Cup in Qatar, the enthusiasm of Chinese fans for the sports gala has not been affected as some fans traveled to Qatar to participate in the top event despite the pandemic,” the Global Times proclaimed, “while others are enjoying the atmosphere with Chinese elements shining at the festival.”

The Global Times also condemned human rights activists who lamented that FIFA would reward Qatar – a state that violently imposes a fundamentalist interpretation of sharia, or Islamic law, on its citizens – with hosting honors.

“[R]egrettably, some people in the US and the West have turned a blind eye to Qatar’s efforts,” the state outlet chided. “Instead, they once again brought up the so-called human rights and other issues to criticize Qatar … Therefore, this year’s World Cup is considered the ‘most politicized’ World Cup.”

Attempts to encourage Chinese citizens to watch the tournament backfired on the Communist Party as outrage grew online regarding the reality of life in Qatar. While Chinese citizens were aware of minimal coronavirus civil rights restrictions in places such as America, Chinese state propaganda has consistently claimed that Americans were enduring mass death episodes on a regular basis as a result of most states in the Union granting freedom to its citizens. 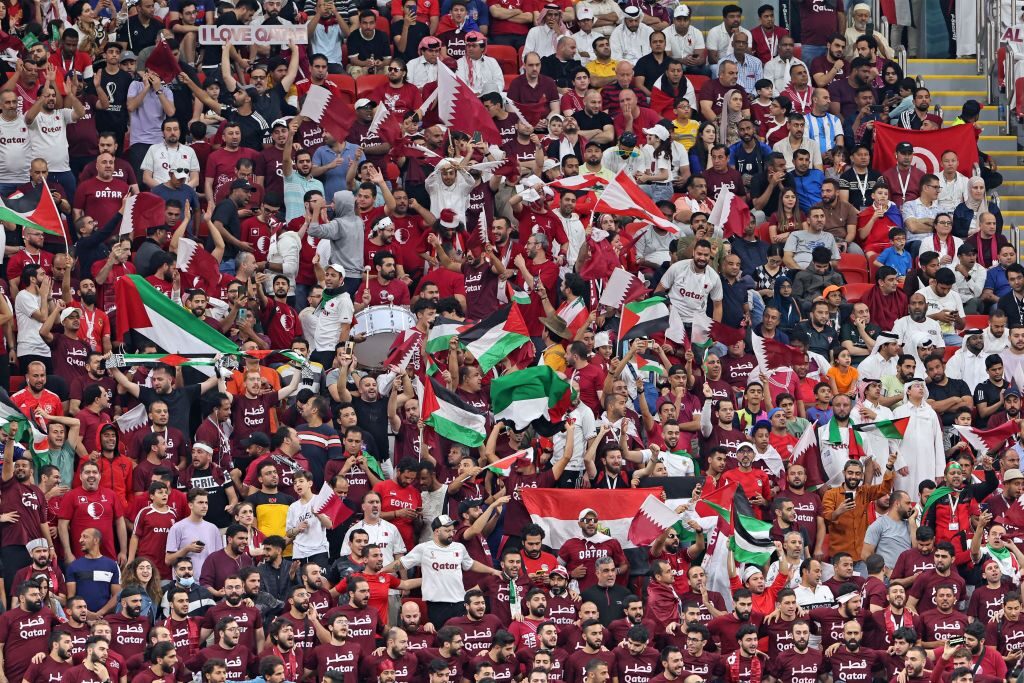 Qatar fans attend the Qatar 2022 World Cup Group A football match between the Netherlands and Qatar at the Al-Bayt Stadium in Al Khor, north of Doha on November 29, 2022. (KARIM JAAFAR/AFP via Getty Images)

Qatar, a nation friendly to Beijing, allowing large groups of unmasked people to congregate proved that civil liberties beyond what the Chinese experience exist outside the West.

“Some people are watching World Cup matches in person with no masks, some have been locked at home for a month, locked on campus for two months without even being able to step out the door,” an unnamed Chinese user complained on Weibo, as translated by the Agence France-Presse (AFP). “Who has stolen my life? I won’t say.”

“The World Cup has allowed most Chinese people to see the real situation abroad, and worry about the economy of the motherland, and their own youth,” a different user on Weibo protested.

Weibo heavily censored any criticism of the lockdown policies, as it typically does, and worked with particular rigor to erase an unsigned letter that began circulating demanding an end to lockdowns in response to the situation in Qatar.

The outrage over the World Cup preceded the eruption of protests in China’s largest cities – Beijing, Shanghai, and Guangzhou, among others – this weekend demanding freedom from the regime’s “zero-Covid” lockdown and quarantine policy.