The great fear of all dictators is provoking rebellion before they are ready to handle it. So the Democrats, our Nation’s aspiring despots, have become refined experts at offering soothing, even encouraging, but always deceptive rhetoric about their sleazy, underhanded power grabs. Supported by a largely complicit mass media, they have brought our country to the breaking point.

But throughout history, the American people have repeatedly shown an amazing capacity for finding innovative solutions, often at the very last minute, to seemingly intractable crises. This fact of the indomitable, resourceful and defiant American spirit literally terrifies the left, and with good reason. They are now outed.

First we got the Tea Party, a genuine, spontaneous, grassroots revolution that rose up in less than a year to become the most dynamic, influential political movement in America. It gave us the stunning defeats of Democrat politicians in New Jersey, Virginia and even the late Senator Ted Kennedy’s seat in the Peoples Republic of Massachusetts. See my tribute flag to Ted above. Be sure to look up the Latin translation. 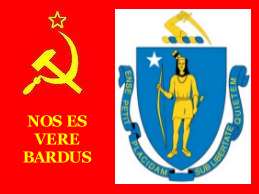 Finally, the Tea Party should be credited with the November 2010 election results in the U.S. House of Representatives and the state legislatures, where Republicans now hold the largest number since 1928. But we all know that even these gains are not enough, at least not yet, to stop the leftist juggernaut–led by the most radical President and facilitated by the most corrupt Congress in U.S. history. So Communists, er, Democrats, meet your nemesis, those damned innovative Americans, again. 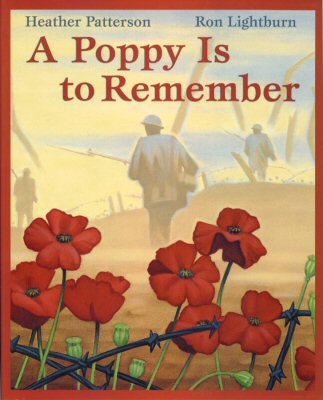 The Daily Caller headline (November 24, 2010) says it all. Yet another unanticipated fastball has been hurled directly at the radical left’s destructive agenda. It is called the Repeal Amendment. Brainchild of distinguished Georgetown Constitutional Law Professor Randy Barnett, the proposal has gotten legs with the help of Florida attorney Marianne Moran, Executive Director of RepealAmendment.org.

The proposal calls for a constitutional amendment that would allow the states, by a two-thirds majority vote, to repeal objectionable federal legislation and regulations. Virginia Representative Eric Cantor, slated to be Majority Leader in the upcoming Congress, has gotten behind the movement, as has Virginia’s governor, and lieutenant governor, leaders in the state legislature and Virginia’s Attorney General Ken Cuccinelli. Cantor articulates the justification well:

Washington has grown far too large and has become far too intrusive, reaching into nearly every aspect of our lives. In just the past few years, Washington has assumed more control over our economy and the private sector through excessive regulations and unprecedented mandates. Our liberty and freedom has lessened as the size and scope of the federal government has exploded. Massive expenditures like the stimulus, unconstitutional mandates like the takeover of health care, and intrusions into the private sector like the auto-bailouts have threatened the very core of the American free market.

Yeah, that about says it, although I would add the outrageous, blatantly corrupt misappropriation of trillions of taxpayer dollars for personal and political gain this administration and Congress have wantonly engaged in. These people need jail.

The Amendment is straightforward and simple:

This Repeal Amendment was inspired by Barnett’s April 2009 groundbreaking article in the Wall Street Journal, which described Constitutional remedies for taking our country back. The Amendment was publicly proposed for the first time on September 15 of this year, and a mere two months later has garnered the support of prominent legislators in nine states: Virginia, Utah, New Jersey, Georgia, Texas, Minnesota, Florida, Indiana, and South Carolina. Virginia has led the way with support from Governor McDonnell, Attorney General Ken Cuccinelli, House of Delegates Speaker Bill Howell, Lieutenant Governor/Senate President Bill Bolling, in addition to Representative Cantor.

It has gotten a lot of play in the press too. On November 23rd, Professor Barnett and Virginia House Speaker Howell went on Fox Business News to discuss the proposal with Fox News’ commentator Judge Andrew Napolitano. Napolitano was ecstatic about the idea:

…this sounds almost too good to be true, if it could happen. We wouldn’t have unfunded mandates; the Tenth Amendment would reign supreme; the states would be sovereign within their own borders…

But the Judge had his doubts.

1. Both Houses of Congress agree to propose an Amendment with a two-thirds majority vote.

2. Two-thirds of state legislatures (34 states) pass a resolution to call for an Amendment Convention to vote on the amendment.

In both cases, the amendment must be ratified by three-fourths of the state legislatures (38 states).

In his interview, Judge Napolitano raised the questions everyone asks: 1. would Congress vote against its own interest by passing an Amendment specifically designed to check its power? 2. If the states were successful in suing for an Amendment Convention, would it become a “runaway Convention?”

In addressing the first question, Delegate Howell responded that if such amendment is requested by two-thirds of the states, Congress has no choice in the matter. He also observed that the newly-elected Congress has a decidedly different attitude towards governing, many having been elected on a platform specifically calling for limited government.

Some conservatives express anxiety about the specter of a “Constitutional Convention” or “ConCon” as it is colloquially known. This is when the entire Constitution is thrown open for rewrite–Judge Napolitano’s “runaway Convention”. It has only happened once, however, when in 1787 the Articles of the Confederation were rewritten to create the Constitution as we know it, and that was the purpose for which it was called.

Both Barnett and Howell are careful to point out that Article V speaks of “Amendment Conventions” which consider individual amendments as opposed to the entire document. Since amendments require a two-thirds majority vote from the fifty states, it is difficult to imagine a “runaway convention.” It is more difficult to imagine enactment, since three-fourths of the states must ultimately agree to each amendment.

Whatever the case, it is a very high hurdle to call a convention. According to Wikipedia, since 1787, Amendment Conventions have been requested by states over 700 times. None have occurred.

RepealAmendment.org‘s Moran, however, does not believe a convention is necessary. In the past, when states got close to obtaining the requisite two-thirds support, Congress stepped in to act, thus maintaining control of the process. This has happened at least four times, regarding the 17th, 21st, 22nd, and 25th Amendments. (Citation). The original Bill of Rights was also created by Congress under threat of a second Convention.

In some circumstances, Congress has passed legislation that addresses the demands embedded in the Amendment without creating a new Amendment. This occurred during the Reagan administration, when in response to a Convention called by 32 of the requisite 34 states for a balanced budget amendment, Congress passed the Gramm, Rudman, Hollings Act. All other Amendments have been formulated in Congress and passed to the states for ratification.

Either way, Moran explains, “…the goal is to force Congress to act in lieu of an amendment convention, as has happened every time the states have used the Article V mechanism. It should be used again now with Virginia once again leading the way.”

Supporters of the Amendment are optimistic, saying the time has come for states to take back the power Congress has increasingly usurped. It may just work. It is a good idea whose time has definitely come, and is a possible solution to Congressional Democrats’ seeming determination to jam as much awful legislation down our throats as possible before the clock runs out this January. Yet more reason to redouble our efforts for 2012.

The American people have just begun to fight. Professor Barnett’s proposal, and the movement that has sprung up around it in a mere two months, is one example of that fine, unpredictable, independent spirit embedded in the American psyche, something that the hidebound, gutless left will never understand. It is reflected in the spirit of the Gadsden Flag:

Don’t tread on me!