Progressives have been lining up against Speaker Boehner’s plan to open tomorrow’s House session with a reading of the United States Constitution. Their objections come even though the Democrats have been invited to participate in the ceremony. Rep. Bob Goodlatte’s (R-Va.) office told the Washington Post that he would issue a letter advising Democrats they are welcome to take part. 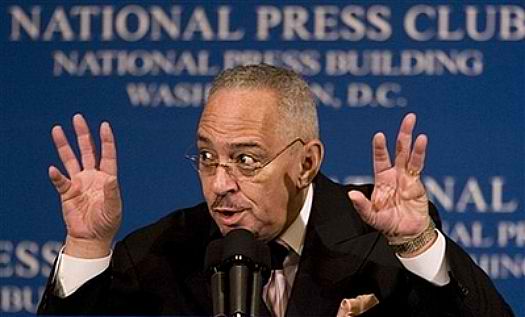 But that is not good enough for the progressive Congressman from New York Jerrold Nadler, he believes that the Constitution is not a document that should be treated with reverence.

“They are reading it like a sacred text,” He called the “ritualistic reading” on the floor “total nonsense” and “propaganda” intended to claim the document for Republicans. “You read the Torah, you read the Bible, you build a worship service around it,” said Nadler, who argued that the Founders were not “demigods” and that the document’s need for amendments to abolish slavery and other injustices showed it was “highly imperfect.”

“You are not supposed to worship your constitution. You are supposed to govern your government by it,” he said.

Nadler’s comments showcase a a serious problem with the progressive philosophy, documents such as the Constitution and the Torah read simply for entertainment. The arrogance of progressives like Nadler do not allow for the use of the Constitution or the Torah in the way in which they were intended.

One does not simply read the Torah like its a good novel, or the morning paper to be read with a cup of coffee and a danish. The Torah is not even meant to be used as a vehicle for worship. Prayers are used for worshiping, Torah is for studying. The very word Torah means instruction. This sacred text is to be studied because its stated purpose is to be a blueprint for how to live your life.

Similarly the Constitution is being read in the House of Representatives as a study tool. It is the blueprint the US Government is supposed to follow. Nadler is wrong, the constitution is a sacred text, and it is perfect. The fact that it can be amended is the beauty of its perfection.

“The Constitution is seen as both the source and the product of God’s blessing on the United States,” said John Green, a University of Akron political scientist and adviser to the Pew Forum’s surveys on religion in politics. “Reading and invoking the Constitution is part of a public ritual that makes up the civil religion.”

In his first presidential inaugural address, George Washington divined the invisible hand of providence in the nation’s creation, a pervasive belief, Green said, that imbued the Constitution with a “quasi-scriptural” quality. The perceived majesty of the document has waxed and waned over time, but after a sweeping Republican Party victory in the November midterms, it is conservative and tea party members who are most vocal in extolling its restorative powers.

Nadler should know that the Congress is full of traditional and ritual. Take, for example, today’s “opening” of the House of Representatives, the ceremony where the speaker is elected, each representative’s name is called out, the Rep stands up by themselves and announced the name of their selection, is nothing but ritual.

If Congressman Nadler wants to get rid of some Congressional ritual why not cut out that little part where a committee is appointed to leave the chamber, tell the new Speaker of his selection, and escort him back into into the chamber to accept his selection. John Boehner has been a member of the House of Representatives for 20 years, if he cannot find his own way into the chamber repealing Obamacare is the least of his problems.

Nadler also took the opportunity to attack the tea party,

Actually Congressman Nadler I would suggest that a greater percentage of Tea Party patriots have read the constitution than the members of the House Progressive Caucus.