Barack Obama really knows how to pick them. It’s not often that one person plays key roles in two — count ’em, two — trillion-dollar disasters but Jamie Gorelick is one. She helped to bring us 9/11 and the collapse of the Fannie Mae and Freddie Mac. Ms. Gorelick is on the presidental short list to be the head of the FBI. 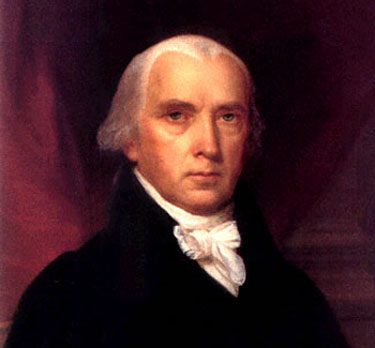 As Deputy Attorney General under Bill Clinton from 1994 to 1997 Jamie Gorelick wrote the memo that created the now infamous “Gorelick Wall.” A 1995 memo she wrote, stated explicitly that they would “go beyond what is legally required, [to] prevent any risk of creating an unwarranted appearance that FISA is being used to avoid procedural safeguards which would apply in a criminal investigation.” These rules were, shortly after their creation, expanded to regulate such communications in future counter-terrorism investigations. It set a procedure where various intelligence operations could not share information with each other.

Jamie Gorelick’s wall barred anti-terror investigators from accessing the computer of Zacarias Moussaoui, the 20th hijacker, already in custody on an immigration violation shortly before 9/11.

At the time, an enraged FBI investigator wrote a prophetic memo to headquarters about the wall

‘Whatever has happened to this — someday someone will die — and wall or not — the public will not understand why we were not more effective in throwing every resource we had at certain problems…..especially since the biggest threat to us UBL [Usama bin Laden], is getting the most protection.

Here’s another “fun” Jamie Gorelick story. She was a member of the 9/11 commission but did not share her “wall memo” with anyone until, Attorney General John Ashcroft was blasted for the “wall” while he was testifying before the 9/11 commission and said:

“Although you understand the debilitating impact of the wall, I cannot imagine that the commission knew about this memorandum, so I have declassified it for you and the public to review,” he said. “Full disclosure compels me to inform you that its author is a member of this commission.”

OOPS! Hey She forgot to share that memo. I am sure she is sorry.

Gorelick’s “wall” blocked America’s view just when it needed its vision to stop the worst terrorist attack ever on our shores. But that was her encore. Before that she worked on destroying the economy.

Gorelick was appointed the Vice Chairman of Fannie Mae and served in the role from 1997 to 2003. During that six-year period, she earned over $26 million. During her tenure, Fannie suffered a $10 billion accounting scandal, because of falsified transaction. These bogus tranactions helped FNMA hit earnings targets for 1998, which triggered bonuses for top executives including nearly $800,000 to Gorelick

In 2001, Gorelick made the annoucement that Fannie was buying subprime loans encouraged by the Community Reinvestment Act (CRA) and bundling them as securitized financial instruments. Securities made from bundles of guaranteed mortgages were to contribute to the economic collapse in 2008. (H/T CNSNews)

“Fannie Mae will buy CRA loans from lenders’ portfolios; we’ll package them into securities; we’ll purchase CRA mortgages at the point of origination; and we’ll create customized CRA-targeted securities,” she said in 2001. “This expanded approach has improved liquidity in the secondary market for CRA product, and has helped our lenders leverage even more CRA lending. Lenders now have the flexibility to use their own, customized loan products.”

In remarks before the American Bankers Association on Oct. 30, 2000, Gorelick explicitly how the procress would work and what Fannie Mae would do to make it feasible for banks to lend to low-income applicants.

“We will take CRA loans off your hands–we will buy them from your portfolios, or package them into securities–so you have fresh cash to make more CRA loans,” she said. “Some people have assumed we don’t buy tough loans. Let me correct that misimpression right now. We want your CRA loans because they help us meet our housing goals.”

And there’s more. Remember those “Friends of Angelo” VIP loans given by the now bankrupt Countrywide Savings that got Chris Dodd in trouble because they were a major conflict of interest? Jamie Gorelick received one of those “conflict of interest loans” while she was Vice-Chair of Fannie Mae. According to a letter by Congressman Issa:

Gorelick not only helped to close America’s eyes to the coming of the 9/11 attacks, and hid her involvement from the 9/11 commission she served Prior to that, Gorelick served Fannie Mae as Vice-transactions when it fudged so top executives (Gorelick included) could get a hefty bonus and it started offering the product that almost brought down the economy. But at least she got some nice “Frends of Angelo” loans from Countrywide Savings out of it.

This is the person that Obama wants to run the FBI ?