We have twice already looked at the debacle that is General Motors (GM) under the TARP-bought, government-sponsored guidance of Chief Executive Officer (CEO) Dan Akerson.

It’s been terrible. And it’s getting much, much worse. 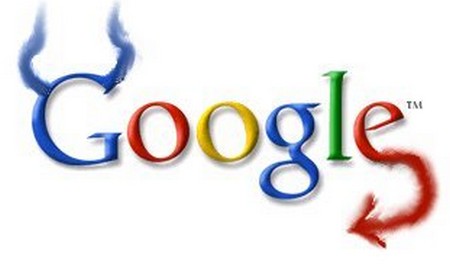 What we are witnessing is what always happens when the government tries to run something – completely ignorant incompetence that leads to terrible decisions and horrendous results.

And now they’re trying to sell cars. And their cardboard cut-out man for the job – Akerson – is simply not up to the task. And – more devastating to the endeavor – will put into practice whatever dreadful mandate that is handed down by his D.C. masters.

Who are – again – We the Taxpayers.

The huge discounts and cash back bonuses GM has been offering is worrying industry insiders, who…

…say the use of sales incentives such as rebates to grab market share is a shortsighted tactic whose use is worrisome coming from a company now led by an industry outsider….

“We don’t see any upside to incentives,” said Eric Lyman, director of residual value solutions at Automotive Lease Guide, the industry authority on residual values. “It is manipulating the market and lowering the cost of your vehicles, which lowers the resale value of your used vehicle in the market,” he said.

And again – that’s our cash being used for those cash back bonuses.

How long will it take for Akerson’s tactics to damage GM? It already has.

Ford Motor Co. is poised to be the top U.S. auto seller in March, surpassing General Motors Co. for only the second time since 1998, according to projections by auto information company Edmunds.com.

The inanity continues and grows. Because Akerson’s GM is now becoming not first and foremost a profit-seeking venture – but an ideological one.

Remember government entities Freddie Mac and Fannie Mae – and the 1997 Community Reinvestment Act (CRA)? The far and away #1 cause of the bursting housing bubble and the resulting 2008 global economic collapse? From which we still have not yet recovered?

In the ideological pursuit of “fair housing,” the government mandated that private banks issue home mortgages to people well below the reasonable credit threshold – the vast majority of whom the banks knew could never pay them back.

These were the now notorious subprime mortgages – forced by the CRA and backed by Freddie and Fannie. These were the loans that went bad, and turned the world upside down.

Meanwhile, GM has sold one of its “largest profit centers” – its reality-based regular lending operation – to increase its first quarter numbers. Another move made for short-term gain – to GM’s long-term structural detriment.

Which brings us to GM’s next ideological adventure – the electric car.

Here’s where it gets really, ummm… interesting – they’re going to train 22,000 employees for the Volt in next six months.

“We’ve gone to significant efforts to make sure our dealers are trained, our technicians are trained and even our sales people are trained,” (Volt spokesman Rob) Peterson said. “We want to make sure we set the right expectation for all the new owners.”

We’re doing all of this training to “set the right expectation for all the new owners?”

Most car purchasers have the expectation that their next car will run like every other car in which they’ve ever been.

Is this not the case with the Volt? What is the right (lowered?) expectation that 22,000 employees must be trained to set?

American consumers don’t want managed expectations – they want manageable car payments. The Chevy Volt – without any cash back from We the Taxpayers – costs a painful $41,000.

Which, by the way, is almost exactly what it costs GM to make it. Meaning it is a non-profit endeavor.

The Chevy Volt is not a business model – it is Government Motors engaging in ideological automotive farce.

“When you’re looking at dollars and cents, it really doesn’t make a lot of sense. The Volt isn’t particularly efficient as an electric vehicle and it’s not particularly good as a gas vehicle either in terms of fuel economy.

“This is going to be a tough sell to the average consumer.”

GM stock went for $33 a share at its post-bankruptcy Initial Public Offering (IPO). Even with all its attempts at short-term share price puffery, it’s since dropped to under $31.

For We the Taxpayers to break even on our $49.9 billion TARP investment, the share price needs to exceed $54.

With all we’re seeing out of CEO Akerson’s Government Motors, I wouldn’t halt respiratory activity in the waiting.