Public outrage over lavish government employee compensation and pensions is becoming more heated as new revelations about excesses seem to crop up every week. The latest: Newport Beach, California, where some lifeguards have compensation packages that exceed $200,000 and where these “civil servants” can retire with lucrative government pensions at age 50. 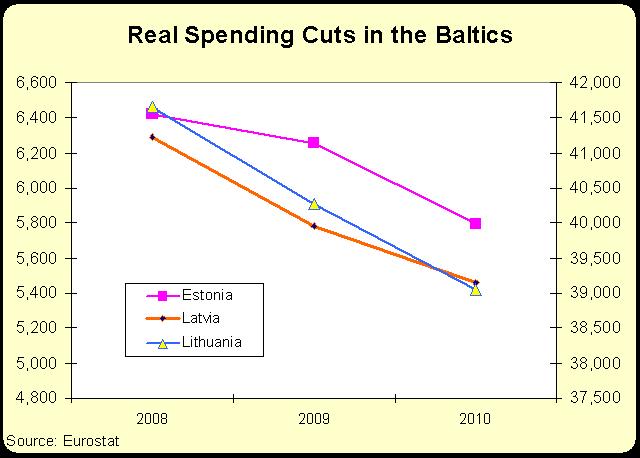 Newport Beach has two groups of lifeguards. Seasonal tower lifeguards cover Newport’s seven miles of beach during the busy summer months. Part-time seasonal guards make $16 to $22 per hour with no benefits. They are the young people who man the towers and do the lion’s share of the rescues. Another group of highly compensated full-time staff work year-round and seldom, if ever, climb into a tower. According to the City Manager, the typical Daily Deployment Model in the winter for these lifeguards is 10 hours per day for four days each week, mainly spent driving trucks around, painting towers, ordering uniforms and doing basic office work–none are actually manning lifeguard towers.

Like many communities across California, the city of Newport Beach is facing the harsh realities of budgeting with less revenue after housing values and the stock market plummeted. Now the city’s full-time lifeguard force has finally come under scrutiny. Next week the city council will decide if cuts are needed to the full-time lifeguard force where last year the top earner received $211,000 in pay and benefits, including a $400 sun protection allowance. In 2010 all but one of the city’s full-time lifeguard staff had annual compensation packages worth over $120,000.

Not bad pay for a lifeguard – but what makes these jobs most attractive is the generous retirements.

These lifeguards can retire at age 50 with full medical benefits for life. One recently retired lifeguard, age 51, receives a government retirement of over $108,000 per year–for the rest of his life. He will make well over $3 million in retirement if he lives to age 80. According to the City Manager, a new full-time guard costs less to hire than what is spent on this one retiree. The city now spends more taxpayer dollars on retired lifeguards than it does on those who are working.

Reports of excessive pay and generous pensions have fueled a debate across the nation over union influence on government spending. Government unions were able to take full advantage of the good old days when surpluses were plentiful and the economic future was bright. They effectively demanded politicians agree to contracts for higher union wages and benefits. Creating a situation that was simply not sustainable over the long-term.

In 1999, California legislators, including many Republicans, felt very generous with the public’s tax dollars and created “three at fifty” for public safety workers. SB 400 allowed these government employees to retire as early as age 50, well over a decade before their counter-parts in the private sector, and calculate their annual retirement pay at three percent per year or 90% of their final year’s pay. With the ability to spike final year’s pay based on over-time, vacation and sick leave time, uniform allowances, etc., many former government employees now earn more retired than when they worked. There was a domino effect of this incredibly generous law resulting in local communities jumping on board to stay “competitive” by offering local public safety personnel, including lifeguards, the same great deal. Thousands of state and local employees are locked into generous pension contracts which the courts have decided cannot be broken despite the lack of budgets to pay for them.

The situation in Newport Beach offers a window into how cash-strapped cities are being forced to deal with the problem. Rather than change the current compensation and pension structure to reflect leaner budgets, as would happen in a private sector company, union mandated contracts simply force cities to cut staff and services, usually from the bottom up. It is the inflexibility of laws governing public unions that led to the situation in Wisconsin where Governor Walker sought to change the collective bargaining rights of government employees over benefits in order to bring some sanity into the budget process.

The real problem for government and taxpayers is the pension liability–the amount pension funds are unable to cover due to declining investment funds, which by law, puts taxpayers on the hook to make up the difference. According to a Stanford University study, California taxpayers are facing a pension liability that could exceed $500 billion, a figure the non-partisan Little Hoover Commission says will “crush” government.

As bad as Newport Beach’s situation is, it pales in comparison to some other cities in California. The city of Fresno currently spends 53 cents of every payroll dollar on pensions. The state average is 31 percent and is expected to rise significantly in the next few years. Ultimately, as the system is currently structured, everyone but a few privileged retirees will lose. Government will try to raise revenues by increasing taxes on Californians who are already the highest taxed citizens in the country, essential services will have to be cut, even essential government employees will have to be laid off, and the public will become increasingly enraged as they learn that 50 year-olds, who are fully capable of working, are living off golden parachute retirements at the expense of the taxpayer and the community services they thought they were supporting.

The City Manager in Newport Beach is proposing to cut over 25 percent of the full-time lifeguard staff, believing the winter work can be done with fewer employees. If that is the case, simple efficiency and fiduciary responsibility with tax dollars should be enough to compel the city council to vote in favor of this change. The Newport Beach City Council will consider the Manager’s proposal at its Tuesday, May 10th, meeting. The budget is ultimately adopted in June. Unfortunately, the underlying problem of overly generous compensation, early retirement incentives and taxpayer obligations to cover lifetime health benefits and “limousine” pensions is not being addressed. Without immediate reforms future staff cuts are inevitable and will be much more painful for this city than just laying off a few lifeguards.

Until local and state governments everywhere stand up to the public employee union bosses and bring some sanity back into the system, these problems will only persist and will likely get worse. Government must realize that taxpayers are no loner willing to throw it a life preserver to escape drowning in a pension tsunami.