“Lions and tigers and bears, oh my!”

The first five words of that famous line from the movie, “The Wizard of Oz,” say a lot about what Doug Terranova does for a living. The last two words, however, come closer to describing how Terranova reacted upon learning someone from the USDA Animal and Plant Health Inspection Service is alleging he violated the Animal Welfare Act. 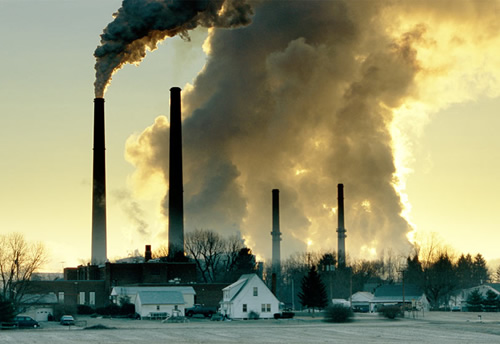 Terranova, 50, owns Dallas-based Animal Encounters, a company he says is the largest full-service animal talent agency in the Southwest. An animal trainer since 1978, his work is familiar to those who’ve seen the movies “Ace Ventura When Nature Calls,” “SPY KIDS 2 The Island of Lost Dreams,” and “RUSHMORE” or watched “Walker Texas Ranger,” “Wishbone,” and “Barney & Friends” on television. He has also done a great deal of work with animals in television commercials and music videos.

Terranova contacted me over the recent Memorial Day weekend after reading several of my recent articles about John and Judy Dollarhite, the Nixa, Mo., couple handed a $90,643 fine by the USDA for selling more than $500 worth of rabbits in a single calendar year. Why? Because he is now involved in a “legal circus” — my words, not his — of his own as a litigant in a USDA Administrative Law Court in Dallas.

“What you write about is so true,” Terranova explained during an hour-long phone conversation. “I have been charged with multiple infractions that are ‘marginal’ to say the least.”

According to USDA’s APHIS division investigators, Terranova failed to do some paperwork and, as a result, harmed the psychological well-being of two spider monkeys; he allowed a camel to get its foot tangled in a rope; he tried to hide a tiger cub that didn’t even belong to him from USDA inspectors; and he caused a mountain lion to become “involuntarily wet and stressed” when he cleaned the lion’s enclosure with a hose and a “chemical agent” (a.k.a., “Dawn dishwashing soap”).

The alleged infractions above, however, are “small potatoes” — again, my words, not Terranova’s — compared to the ones involving Terranova’s use of Kamba and Congo, two female African elephants, in circuses, fairs and other productions.

On June 5, 2008, the circus at which two elephants were appearing in WaKeeney, Kan., was struck suddenly by high winds associated with a fast-approaching tornado. The winds caused a giant inflatable slide to come loose from its anchors and fly toward the elephants belonging to Terranova. In turn, the spooked elephants ran away from the circus grounds and ended up in nearby neighborhoods. Though the the chain of events made the news, it resulted in no injuries and no damage in the tiny Kansas town halfway between Kansas City and Denver.

While most people would write off such an incident as an unpreventable “act of God,” the USDA did not. The ageny’s inspectors alleges Terranova and others failed to handle the animals in a proper manner and offered elephant rides to the public “despite four days of National Weather Service advance warnings that severe tornadoes were expected in Kansas.” Apparently, USDA officials are ignorant of the fact that tornadoes are a common occurrence in Kansas during the month of June.

On Nov. 4, 2009, at the Family Fun Circus, in Enid, Okla., Terranova and his elephants made the news again again. According to the USDA, the animal trainer failed to properly handle Kamba, one of the elephants provided to the circus along with a handful of other animals. In its write-up, the USDA claims the elephant was placed “at the entrance of the performance tent, in an area with insufficient light, behind another elephant, and with no means to restrain or contain the elephant.”

For the most part, Terranova concurs with all of the above. At the same time, however, he’s quick to point out that it was circumstances beyond his control and authority that spooked the elephant. After making a dash from the Garfield County Fairgrounds, the elephant ended up being run into by a car traveling on U.S. Highway 81 north of Enid.

It’s worth pointing out, Terranova said, that both the driver of the car, Bill Carpenter, and his wife Deena, refused medical treatment and were able to drive their car home. In addition, the elephant sustained only minor injuries.

The list of other elephant-related allegations includes one that Terranova and others didn’t keep the feet of his two elephants trimmed adequately. Whether or not the allegations “hold water” depends upon who you consult.

“The challenge is to not over trim,” writes elephant expert Carol Buckley on her Elevisions website. “When foot pads are trimmed excessively the elephant will bruise the bottom of the foot.”

Terranova has more than three decades of experience working with elephants. Conversely, none of the USDA inspectors involved in writing him up have more than a few years hands-on experience caring for the large mammals. Theirs is mostly book knowledge.

THE TRIAL: PHASE ONE

During the first phase of his trial which took place Feb. 17-25, Terranova said, he and his attorneys felt they were able to get some strong points across to the court. In addition, they were able to document the fact that inspectors have been given wide latitude to “interpret” the regulations as loosely as they can. At the conclusion of the first phase, they had several reasons to feel confident in their ability to disprove the alleged violations. Among them were items revealed in the USDA Administrative Law Court transcript:

Two weeks after that first phase of the trial ended, Terranova said he was inspected again.

That inspection took place March 10, lasted two hours and involved a USDA inspector viewing Terranova’s traveling tiger act at a Shrine Circus in Michigan and then reviewing his paperwork, equipment and vehicles. When it was over, the animal trainer said he thought the inspector “seemed happy” and would spend about 20 minutes writing up what her violation-free report. But things took a different turn.

“She returned over two hours later, asked to look at our equipment again, and proceeded to write us up for having a performance cage that was too short,” Terranova explained, adding that he was subsequently written for his transport cages — the same type of cage he’s used since 1978 without any citations — being “too small.”

Notably, Terranova told me that he has acquired USDA inspection reports from three other big cat acts — all using the same industry-standard cage — that have been inspected since March 10, and NONE were cited for infractions. When he appealed the cage-related finding in his report, he was told that it would stand and that it was up to each exhibitor to remain in compliance.

“The biggest problem here is that, even if you are right, it costs thousands to fight them, and they keep coming with more B.S.,” Terranova said. “Before you know it, you are into your children’s college funds to try and continue your small business.

“They can do what they want, when they want and with no worries,” Terranova said. “Even if you win, you lose.”

More to come on this one as the second phase of the trial took place this week, wrapping up this afternoon, and I’ve only just begun to scratch the surface of this case.