Perhaps in response to the Politico report earlier this week, it appears that some low-level Jewish players have decided to seal their place in the progressive movement rather than act for the best interests of both the United States and its valuable Mid-East ally, Israel. According to the WAPO’s Greg Sargent, the Obama campaign is planning to send out surrogates to go on the offensive against pro-Israel groups critical of the president’s Israel policy.

“We will have highly credible spokespeople and surrogates speak out in a general manner in support of what this administration has done, and articulate it in a way that we think will resonate with voters who care about this issue,” former Conference of Presidents leader Alan Solow told Sargent. “We will meet with supporters who have expressed concerns or want to be briefed on these issues on a one-on-one basis.”

Just like any predator, the Obama Jew-squad has picked off a bunch of “never weres” and “used to bes” to try and convince Jews that the truth that he is the most anti-Israel President in history, is simply not true.

According to the article, the Jew-squad will include Jewish Obama fundraisers, including Solow, former U.S. Reps. Mel Levine and Robert Wexler, and businesswoman Penny Pritzker, (who’s position on Israel can be described as slightly more negative than Louis Farrakhan).

This group of house-Jews will work hard to convince that Obama is really pro-Israel, but short of Bobby Ewing stepping out of the shower and claiming the last two years were just a bad dream, or simply lying, I am at a loss at how these how these modern day Kapos-in training, will be able to convince people of the President is really a buddy of the Jewish State. 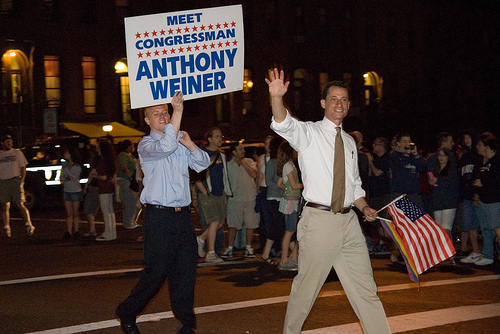 Obama’s supporters say the plan is in effect an acknowledgment that conservative attacks on Obama’s Israel stance have made defections among Jewish voters and donors a possibility they must take seriously. Obama’s advisers see a need to push back even harder on the attacks than they did in 2008, in part because Obama now has a record on the issue to defend — a record that even Obama’s supporters concede has not been adequately explained.

What they don’t understand is that it isn’t just the conservatives, and it’s not just Obama’s recent actions, it’s the cumulative effect of all of the times Obama has thrown Israel and its leaders under the bus since he was elected President. The reelection committee also forgets that liberal Jews are reading liberal media, who have gone out of their way to protect this president, and yet the liberal Jews still believe Obama is anti-Israel.

The effort to make this point, I’m told, will also be proactive, with surrogates publishing op ed pieces that represent the White House’s point of view. And it will include a renewed effort to highlight other aspects of Obama’s record that have gone under-discussed, like increased military cooperation between Israel and the United States.

Two of the primary conservative arguments against Obama are that he called for Israel to return to 1967 lines and that he has not publicly stated with enough clarity that Israel will not be expected to negotiate with a government that includes a Hamas that has not recognized Israel’s right to exist.

Axelrod says both points are untrue, so I guess the Bobby Ewing strategy is out.

But this point is very true, the fact that this is becoming a key effort of the Obama administration is more proof that the reelection campaign is either losing Jewish money or internal polls are beginning to show that many Jews are considering either voting GOP or at the very least not voting for President in 2012.

Axelrod’s choices for this “But Guys I Really Truly, Cross My Heart Hope to Die, Love Israel” PR hit squad shows he is very out of touch with the pro-Israel community, or all the “good people” refused. Either way, its an indication that the rumors are true, the reelection committee is getting a bit nervous about losing the Jewish vote in 2012.