Britain has gone completely mad over the Rupert Murdoch/News of the World hacking affair and the contagion is spreading to America fast.

I knew things were bad when I spoke yesterday to a normally reliably conservative US talk radio show. “But they say they may even have hacked into the phones of 9/11 victims,” said the appalled female co-host, as if this were the ne plus ultra of round, unvarnished evil. 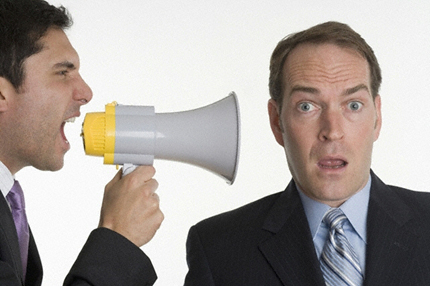 Some perspective, please. I too respect and am moved by the plight of the 9/11 dead and their families. And of the murdered English schoolgirl Milly Dowler and of the servicemen who died in the Iraq war. (They too, apparently, may – and let’s stress that word “may” – have been targets of phone hacking by the now-disbanded Murdoch-owned tabloid newspaper the News of the World).

But then, so do you. So does everybody. No one in the world right now is sitting there rubbing his or her hands in glee and going: “Heh heh. 9/11 victims. Murdered schoolgirls. Dead Iraq servicemen. I’m so glad their mobile phones were hacked into by the News of the World.”

Yet you’d never guess this from the nauseating sanctimoniousness and cant of the left-liberal media, right now. You’d think this was a straightforward battle between good and evil: on one side a wicked, bullying, manipulative, right-wing Voldemort and his hordes of darkness; on the other, the forces of justice, truth and light whose only desire is that our newspapers and broadcast outlets should be transparent and caring and fair and kind to blind old ladies crossing the road clutching baskets of kittens with bandaged paws.

Yeah, right. This is not – pace a projectile-emetic New York Times article– “A kind of British Spring” in which “Democracy, aided, by sunlight has broken out in Britain.” It is, in fact, that very opposite of that: a ruthless, concerted and horrifyingly effective attempt by the dominant left-liberal MSM to silence free speech and crush alternative points of view.

Consider, for a moment, how much worse it would be in the US if you didn’t have talk radio and you didn’t have Fox News or the Wall Street Journal. Just imagine: wall to wall Keith Olberman and Chris Matthews splurging their relentlessly PC take on world affairs; Peggy Noonan and Paul Krugman pulling somersaults in their eagerness to find new inventive ways to explain why, despite all the evidence, the Obama administration is at the top of its game. No Rush to run to for consolation; no Fox & Friends blondes to cheer you up at breakfast; no O’Reilly or Krauthammer or Stossel to stick it where it hurts.

And if you have any trouble imagining such a hideous, terrifying world, just come to Britain where precisely this situation exists. Since 1927, our broadcast media has been dominated by a presence so monolithic and all-powerful it makes Pyongyang’s Korean Central TV look like your local Mom and Pop station.

Its name, of course, is the BBC. During the first Gulf War, it was briefly rechristened the Baghdad Broadcasting Corporation – and understandably so, given the relentlessly anti-Coalition bias of its reportage. But then the BBC doesn’t much like the West. Or the capitalist system. Or the US. Or old-fashioned concepts like liberty, freedom of choice, personal responsibility or limited government. It is – and has been for decades – the official broadcast outlet for the values of the progressive left.

On any given subject you know exactly what the BBC’s line will be. If it’s covering the Middle East it will be bigging up the gallant Hezbollah freedom fighters and the plucky Palestinians at the expense of the hateful, damned-near-as-bad-as-the-Nazis Israeli oppressors. If it’s covering the European Union (what you and I might better know as the EUSSR) it will treat every politician who is not in favor of ever-closer-political-integration as a rabid, swivel-eyed crypto-Fascist loon. If its covering any kind of war in which the US or Britain are involved it will be of the view that the enemy are the good guys and that we thoroughly deserve to get our asses whupped. If it’s covering the environment it wil, of course, conclusively demonstrate that the earth is doomed and it’s all the fault of greedy Western capitalists.

None of this would matter – at least not quite so much – if it weren’t for three big problems. The first (a legacy perhaps of its distinguished World War II reporting; or maybe its dignified and majestic royal wedding coverage) is that around the world the initials “BBC” still convey gravitas and authority. The second is that the BBC is committed by its charter to being fair and balanced. It isn’t of course. Not in the slightest. But this does give its defenders (almost all of them on the left) the perfect excuse to defend the BBC’s hegemonic status on the grounds that it represents the whole nation’s diverse viewpoint (and not, as it really does, the achingly PC values of a self-selecting cabal of metropolitan bien-pensant tofu eaters).

The third and worst problem, though, is that there is no counterbalance to the BBC’s relentlessly liberal-left propagandizing. From cradle to grave – starting with the Kim-Jong-Il-Jr-style brainwashing offered by CBBC, moving on to oh-so-hip-Daddy-O pop broadcaster Radio 1, through classical Radio 3 to fuddy-duddily left-liberal Radio 4, not forgetting the achingly worthy and progressive TV channels BBC1, BBC2, BBC3 and BBC4 – the audience for Britain’s dominant national broadcaster is indoctrinated into a very specific Weltanschauung.

That Weltanschauung, you won’t be surprised to hear, does not find much room for concepts like limited government, low taxation, liberty, political sovereignty and accountability. It is extremely unlikely that a Tea Party movement could ever take off in Britain: the main reason being that, unlike in the US, the British simply lack the political vocabulary and intellectual building blocks to demand one.

And of course, the house leftists at the BBC (most of them recruited through the pages of the left-wing Guardian newspaper, which BBC employees tend to believe is also the ONLY newspaper) want to keep it that way. That’s why they have been pushing the “scandalous” Murdoch revelations so hard; that’s why Labour leader Ed Miliband and Tony Blair’s ex-enforcer Alastair Campbell and socialist ex-Prime-Minister Gordon Brown and the pathologically left-wing Twittersphere and, yes, the Guardian newspaper have been so eager to join in the fray. Sure they hate Murdoch, that’s a given. But what they hate far, far more – because they fear it – is the possibility that British audiences should be exposed as US audiences are to dangerously conservative concepts like freedom and small government.

This is what Murdoch has been trying to achieve in his bid to buy a majority shareholding in the broadcaster BSkyB. His plan is – or at least was – to hive off the Sky part of the operation (so as to avoid anti-monopoly regulation) and set up the TV channel Britain so badly needs: a UK answer to Fox.

The British government’s culture secretary Jeremy Hunt was due to make a ruling on the issue this week. That’s why the BBC (and its myriad leftist fellow travellers) waited until now to make these “shock” new revelations (using information, of course, they had been sitting on for months if not years). This had nothing to do with justifiable moral outrage – and everything to do with a viciously cynical attempt by the liberal-left to exploit dead schoolgirls, Prime Ministerial children suffering from cystic fibrosis and 9/11 victims in order to protect its hegemonic domination of the media.

And what’s depressing is, the bastards may have have got away with it. It seems genuinely not to have occurred to most of British people now working themselves into a lather of almost Death-of-Princess-Diana-like hysteria over the evils of the Murdoch press that they are duped as the liberal-left’s useful idiots.

If only they were capable of realizing it, they would understand that over the last decades, the BBC has done infinitely more damage to Britain – economically, socially, politically – than anything the yellow journalism of Rupert Murdoch has ever achieved. By setting the parameters of the political debate, the BBC has been responsible for Britain’s cultural surrender to Islamism and “multiculturalism”; for its submission as a vassal to the creaking, moribund European Socialist Superstate; for the current Coalition’s inability either to lower taxes or rein in government spending; for the proliferation of “rights” and dependency culture and the creation of a feckless underclass trained to believe it is government’s job to take care of its every need; for the removal of empiricism, hard science and skepticism in the debate on “global warming”.

Thanks to the BBC, the people of Britain are poorer, more highly taxed and regulated, less able to control their own political destiny and considerably less free. But of course they are not aware of this. How could they when the political outlook they imbibe from birth comes straight from the wrinkled dugs of Big Government’s Nanny In Chief – the BBC?