In a bizarre rant–or “open letter”–at Townhall, Scottie Hughes, the news director for the Tea Party News Network, falsely accuses former Alaska Governor and Republican Vice Presidential candidate Sarah Palin of rushing out of this year’s CPAC and having a pattern of ignoring grassroots conservatives.

While Hughes’s motivation for writing such a column may only be known to her, her accusations are demonstrably false.

Doug McMarlin, who has been with Palin since 2008 and was with her at this year’s CPAC, was also perplexed by Hughes’s characterization of the event. Palin met with volunteers, supporters and CPAC leadership at this year’s event. Palin keynoted last year’s CPAC and was the conference’s last speaker, which allowed for her to mix with the audience following her speech.

This year, her slot fell on a Saturday afternoon, which meant there were scheduled speakers immediately after her remarks. It would not have been logistically possible for Palin to even greet the crowd or do talk radio hits from CPAC without causing a huge disturbance due to the crowds that would have swarmed her and disrupted the conference.

“Never underestimate the level the uninformed with a keyboard will go to make a point based on a lack of information,” McMarlin told Breitbart News. “Lamestream, mainstream, and no stream media, it’s unfortunate when those who lack facts lash out without regard. Governor Palin, as always, was with volunteers, supporters and fellow conservatives throughout her days at CPAC.”

Hughes also implied that Palin only speaks to the grassroots through the teleprompter, but this accusation again does not even pass the smell test.

Jason Recher, a Palin staffer who has been with Palin at nearly every event since 2008, told Breitbart News Palin never asks for a teleprompter. In fact, reporters have often said Palin improvises during her speeches, which forces reporters to pay attention to every word in order to quote her accurately.

“I’ve been at almost every speech she’s given since ’08 and can’t think of a time where she ever asked to use a Teleprompter,” Recher told Breitbart News. The teleprompters at CPAC were part of the stage set up used for all the speakers; it was not something Palin personally requested.

Hughes, with no evidence whatsoever, alleges Palin made a “rush to the exits” at this year’s CPAC, implying Palin did not have time for the grassroots.

As the photos below indicate, Palin spent time after the speech meeting with volunteers.

In addition, Rebecca Mansour, a Palin staffer, told Breitbart News that Palin had to catch a flight immediately after her speech. “She is a very busy working mom with many family and work obligations, including raising a son with Down syndrome who has scheduled therapies,” Mansour said.

Finally, in what may be her most misguided and out-of-touch statement that reveals her ignorance, Hughes refers to Palin’s “pattern of this behavior.”

What “pattern” is Hughes referencing?

The hours that Palin spent with nearly everyone who wanted to speak to her after she keynoted CPAC in 2012, as can be seen in C-SPAN’s coverage of the event?

The hours Palin spent in the lobby at CPAC in 2012 talking to bloggers and attendees, including Townhall’s own Katie Pavlich? Hughes penned her column at Townhall, so it is worth noting that Palin spoke to that outlet at CPAC in 2012.

Is Hughes referencing the time Palin spent with those who came to Iowa–in inclement weather–to listen to Palin denounce crony capitalism and the permanent political class in 2011? At the end of C-SPAN’s coverage of the event, it is clear Palin is energized by grassroots conservatives, and they love her because she genuinely is one of them.

Was Hughes referring to Palin visiting grassroots Tea Partiers at the Machine Shed restaurant in Iowa in 2011, comfortably mingling with nearly everyone in attendance?

Was she referencing Palin’s appearance at the Iowa State Fair in 2011, where she talked to nearly every Iowan who approached her for nearly six hours? Where she won the respect of liberals and even mainstream media reporters who did not think highly of her for genuinely liking “common” people most politicians do not feel comfortable around?

If Hughes is really a part of the grassroots and not a part of an astroturf movement, she could have gone to any of these events–like thousands of grassroots Tea Partiers–and spoken to Palin. Instead, she sounds like mainstream media members who lash out at Palin solely because Palin does not speak to them whenever they wish.

At these events, mainstream media reporters and liberals who did not even like Palin conceded how gracious and how accessible she is and how she thrives around the normal people Hughes purportedly claims to represent. Having written about Palin for nearly four years and having spoken to people who have been at nearly every event Palin has attended during this period, I have consistently heard people comment about how accessible–and down to earth–Palin is after all of her speeches and events, which is especially noteworthy given Palin’s white-hot star power.

It is unclear if Hughes wants Palin to spend time with her or her organization, but grassroots Tea Partiers who truly care more about fighting for the country instead of using the Tea Party to advance whatever agenda suits their interests never ask Palin for anything except to hold politicians and the permanent political class on the left and right to account, which Palin has relentlessly done.

And while Hughes implies Palin does not pay attention to new media, it is worth noting that after Palin turned down Fox News’ offer to renew her contract earlier this year, the first interview Palin gave was to Breitbart News–a new media outlet.

While Hughes, to date, has not seemed like someone who would proverbially come to Washington claiming to change it and instead see the D.C. cesspool as a jacuzzi, her column reads like it was written by someone desperate to become a part of the permanent political class. Her comments are cribbed from remarks the elite Washington, D.C. Republicans and liberals she purportedly is against so often make to denigrate Palin because they, in their minds, think Palin somehow spurned them. They criticize Palin to get pageviews and ratings and to make a name for themselves so they can try to get 1/1000 of her star power and influence.

They desperately crave to get 1/1000 of the bookings Palin most often has to turn down on a daily basis.

They wish their children could have the opportunities to influence pop culture–and would take that chance and go toward the glistening Hollywood spotlight faster than a moth to a flame–all the while acting as if they despise the Hollywood elite while secretly craving their affirmation and wanting all of the glitz and glamour associated with them.

They want to use the Tea Party movement to become stars or cash out instead of fighting to elect candidates like Ted Cruz to the Senate. At CPAC, Cruz said he would not be in the Senate without Palin. Nobody mentioned Hughes, and she most likely will not have politicians knocking on her door to ask for her endorsement.

Hughes needs to be careful, for more columns like this will make people think Hughes may be projecting or falsely seeing in Palin what she may see in herself. Columns that smear a politician like Palin who has held both parties to account in the true spirit of the Tea Party movement will begin to “worry” conservatives and Tea Partiers. They may begin to wonder what Hughes’s intentions are for being in the Tea Party movement and whether Scottie Hughes puts herself before her country and the principles for which she purportedly fights.

All photos below, from CPAC 2013, courtesy of Shealah Craighead/SarahPAC 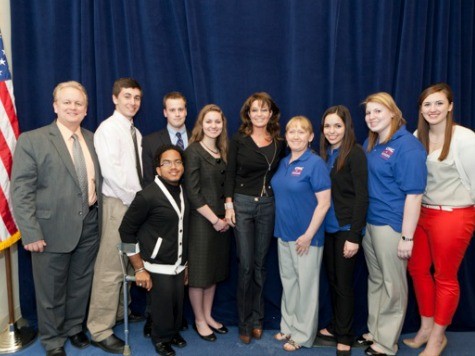 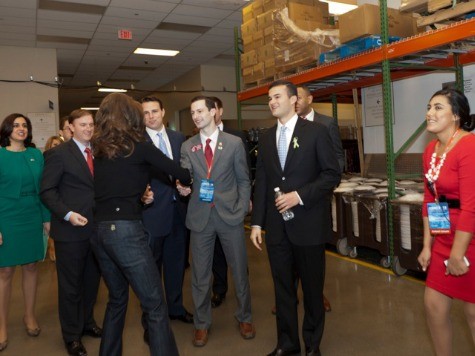 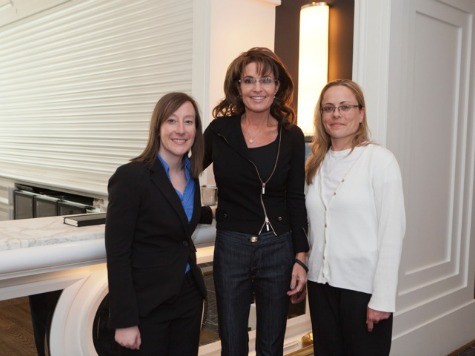 Todd and Gov. Palin with Michelle McCormick, a volunteer and coordinator with Organize4Palin: 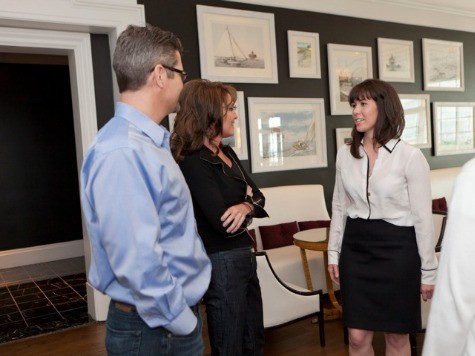