A new Gallup poll finds that 51% of Americans oppose President Barack Obama’s executive amnesty plan for illegal immigrants versus 41% who support it. 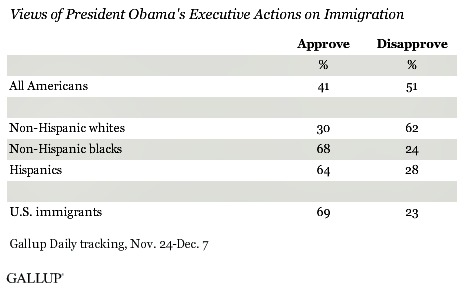 Not surprisingly, opinions broke strongly along party lines. Among Democrats, 70% approved of Obama’s executive amnesty plan, versus 85% of Republicans who disapproved. Of concern to Democrats, the poll found that Independents disapproved of the plan by a 15-point margin.