The demonstrators marched from Union Square to 38th and Broadway, where they were prohibited from going any further uptown towards the celebration when the clock struck 12. Protesters were beckoned by the organization Stop Mass Incarceration to participate in the march on New Year’s Eve. 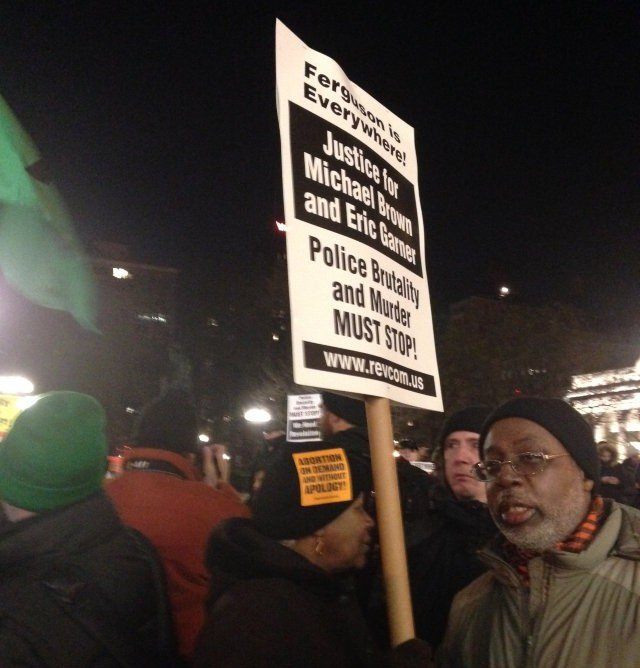 The New York Police Department passed out flyers to protesters at Union Square telling the marchers that they must walk on the sidewalk during their march and not go into the streets and block vehicle traffic. A recording that looped numerous times played the NYPD flyer’s message through a loudspeaker during the night. 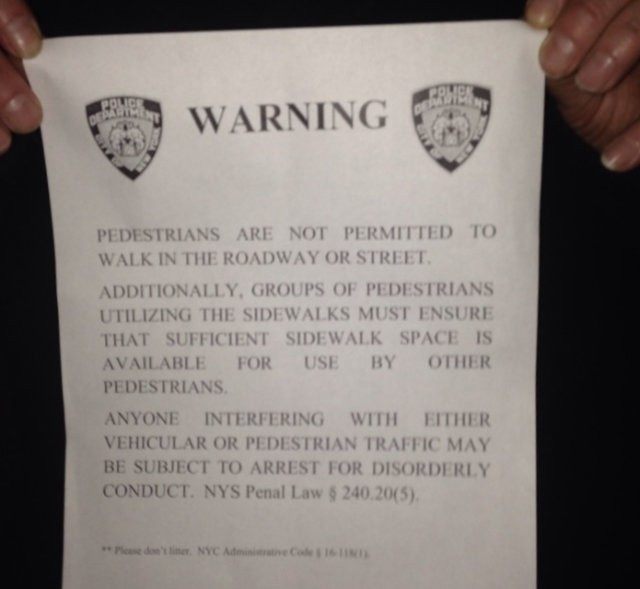 By 10 p.m., about 100 protesters began walking up 6th Avenue toward Times Square as NYPD officers controlled the direction of the march.  Police diverted the group as they approached 33rd street in Herald Square.

“NYPD – KKK, how many kids did you kill today?” protesters yelled, as they carried “I can’t breathe” signs, referencing the last words of Eric Garner as NYPD officers held him in a headlock after he resisted arrest. 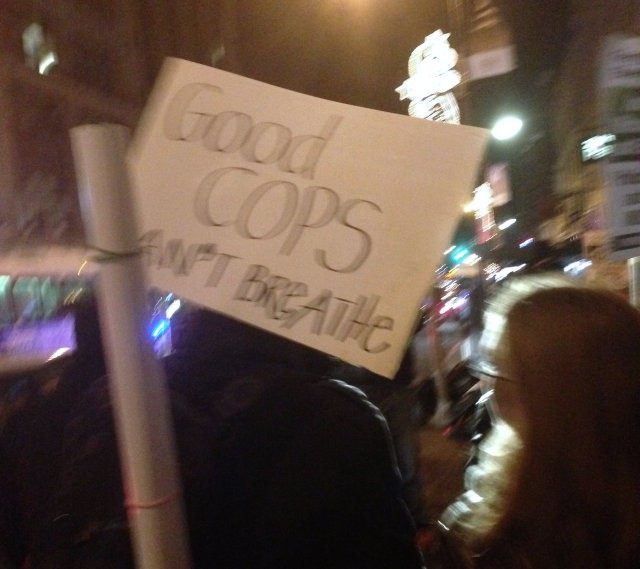 By the time protesters found themselves at a dead end on the northeast corner of 38th and Broadway, swarms of people visiting Times Square for the New Year’s Eve celebration engulfed the now-smaller screaming crowd.