Over the weekend I saw a lot of friends and allies tweeting about the speakers at the Iowa Freedom Summit. As the former Director of the Conservative Political Action Conference (CPAC) from 2006 to 2011, a lot of these conferences are starting to feel like one long déjà vu trip to me.  Gingrich comes out to “Eye of the Tiger.” Trump flirts with running. Santorum reminds people that he can’t win. Christie zings protestors. Palin offends the media. It’s like the political version of the movie Groundhog Day. 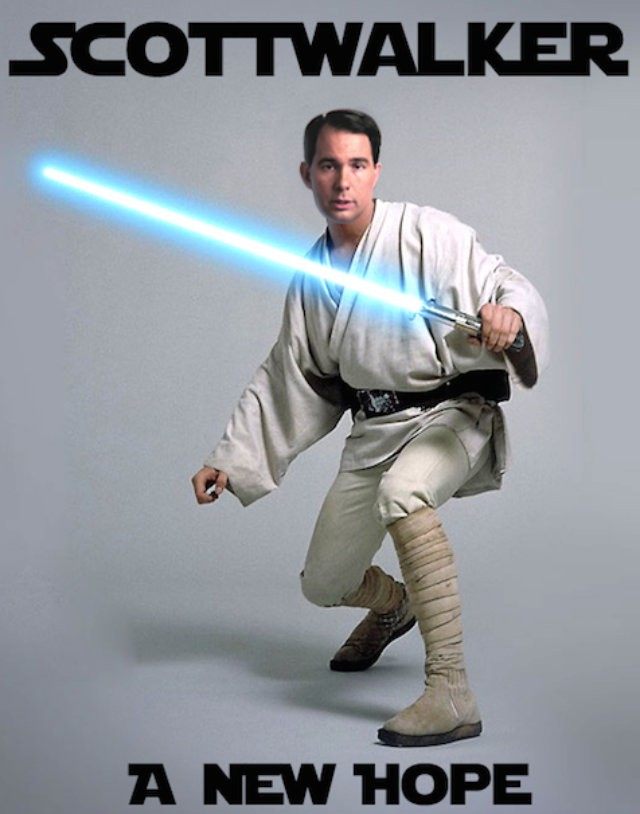 I’m ready for some new faces on the conservative conference circuit (and presidential ballot). Gov. Scott Walker was at the Iowa Freedom Summit and will be at CPAC 2015, but hasn’t become a regular on the speaking circuit. He’s been too busy reforming Wisconsin and beating leftists who don’t know how to lose gracefully. As National Review’s Jim Geraghty wrote, “He’s serious and accomplished enough for the ‘Establishment,’ and indisputably conservative enough for the grassroots. The Left threw everything it had at this guy and he’s still going strong.”

Rush Limbaugh said on his Monday radio program that Scott Walker is the “blueprint for the Republican party” if they want to beat the Left in 2016.  With the exception of Marco Rubio, Walker is the only first or second tier candidate who is part of my generation — Generation X.  Unlike our Baby Boomer parents, our generation is characterized by a entrepreneurial streak that also has a distrust of government.  On BeInkandescent, Morley Winograd and Michael D. Hais wrote:

[S]mall businesses and the entrepreneurial spirit that Gen Xers embody have become one of the most popular institutions in America. There’s been a recent shift in consumer behavior and Gen Xers will join the “idealist generation” in encouraging the celebration of individual effort and business risk-taking. As a result, Xers will spark a renaissance of entrepreneurship in economic life, even as overall confidence in economic institutions declines. Customers, and their needs and wants (including Millennials) will become the North Star for an entire new generation of entrepreneurs.

Our generation has had to make its own opportunities because government regulation and taxation haven’t given us the economic mobility that our Baby Boomer parents enjoyed during their prime earning years. What Walker has done in Wisconsin certainly tells me that he is grounded in the free market principles that can get American back on track. Baby Boomers don’t have the mindset to get us out of this mess. Our generation is never going to have the opportunities of a totally free market system handed to us from the Baby Boomers. Instead, they will continue to build a golden tomb for themselves and leave us with the bill.

Despite attacks from the Left, Walker has been making significant gains to move Wisconsin closer to long-term prosperity.  He’s cutting spending and encouraging an environment that’s allowed more than 13,000 businesses to be created.  That’s the attitude we need everywhere.  This is a good lesson for all Republicans because there will always be attacks from the Left.  They will always use our side’s virtue to our own disadvantage, so govern anyway and govern with principle. Generation X needs to seize this moment and Walker has shown us a clear path to victory and prosperity so we can hand off to the Millenials a far better and brighter future than was passed to us from our Baby Boomer parents.

I’m not one to get giddy over a politician, but Scott Walker really is a breath of fresh air.  He’s a new face, comes from my generation, and gives me hope for the Republican party.

Watch his speech at the Iowa Freedom Summit here: