PHOENIX (AP) — About 500 protesters gathered outside a Phoenix mosque on Friday as police kept two groups sparring about Islam far apart from each other. 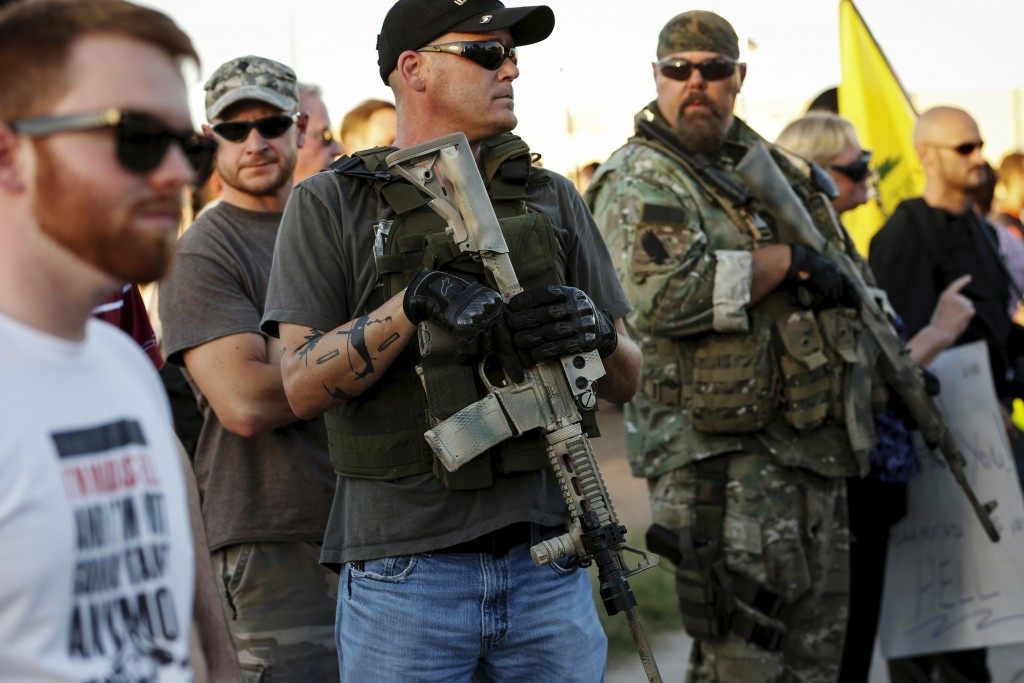 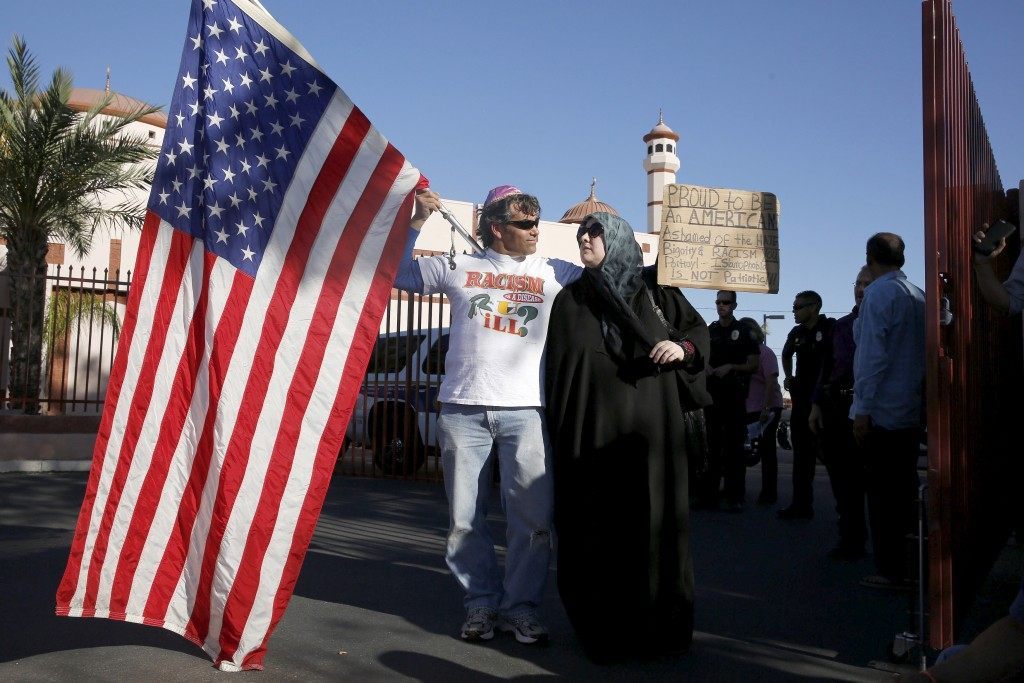 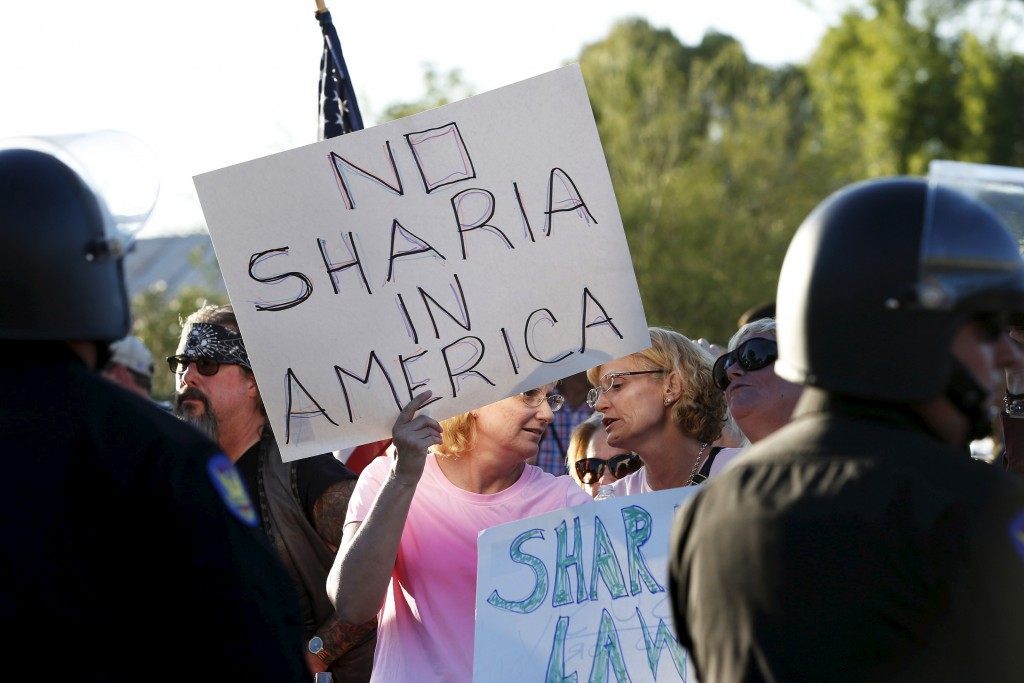 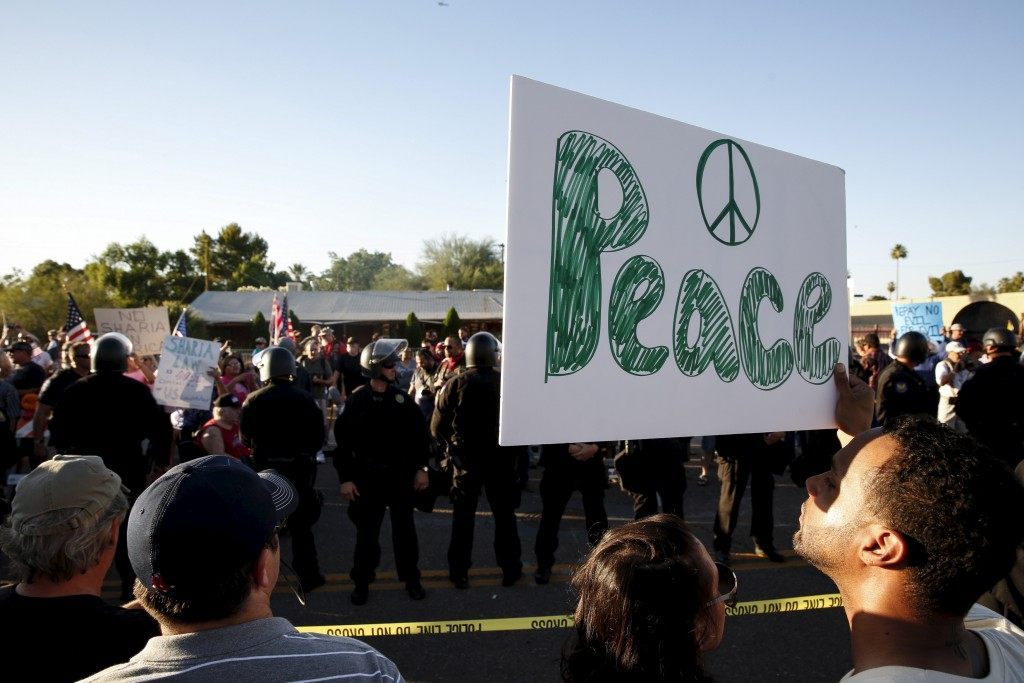 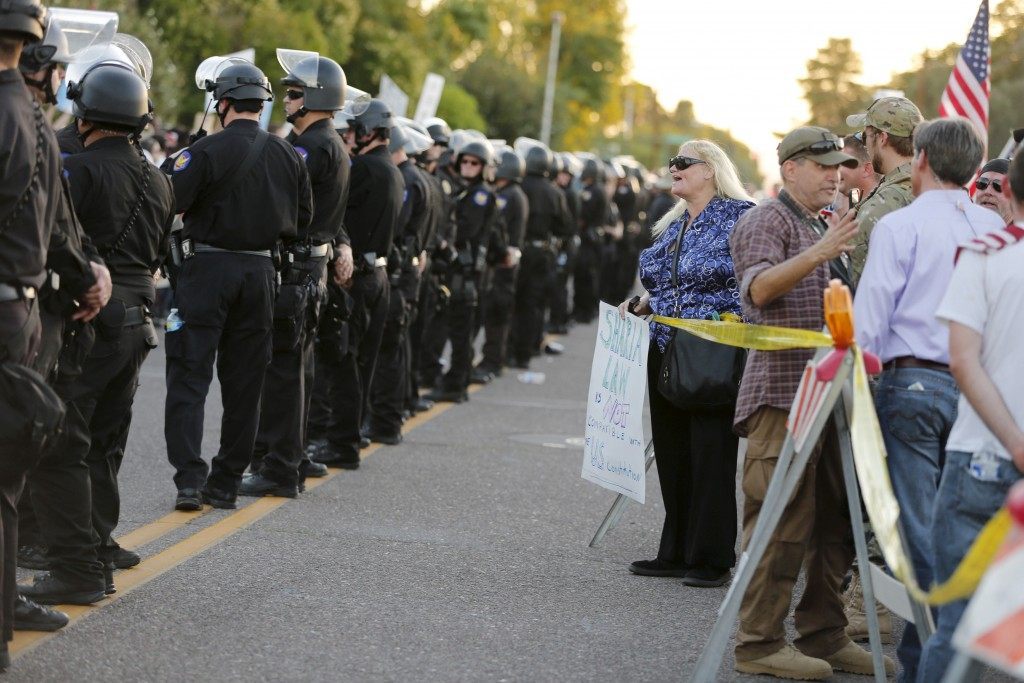 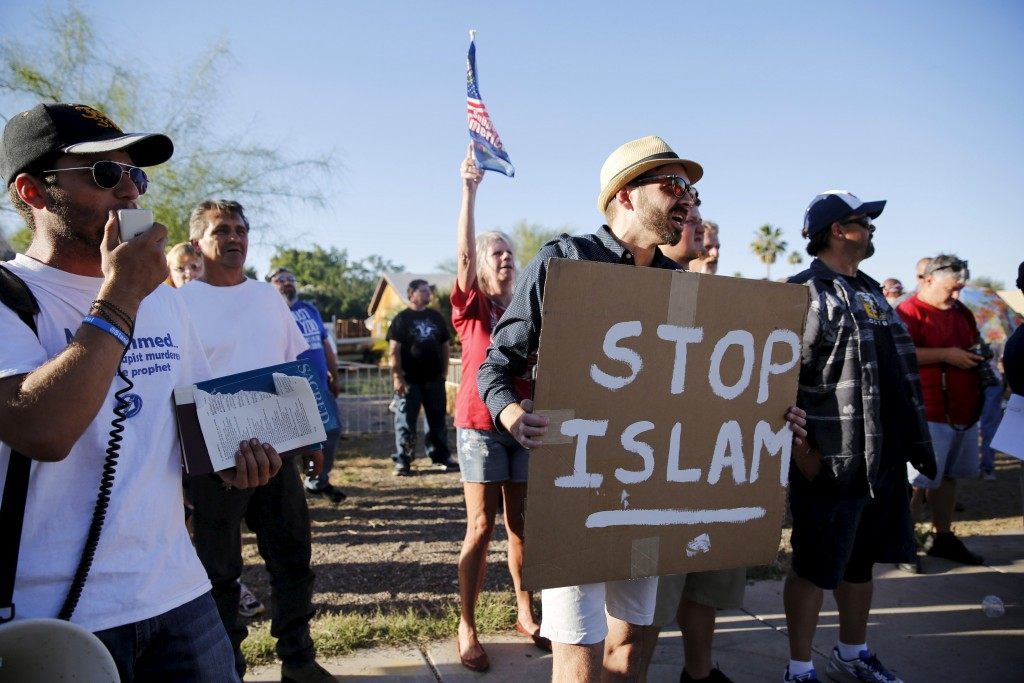 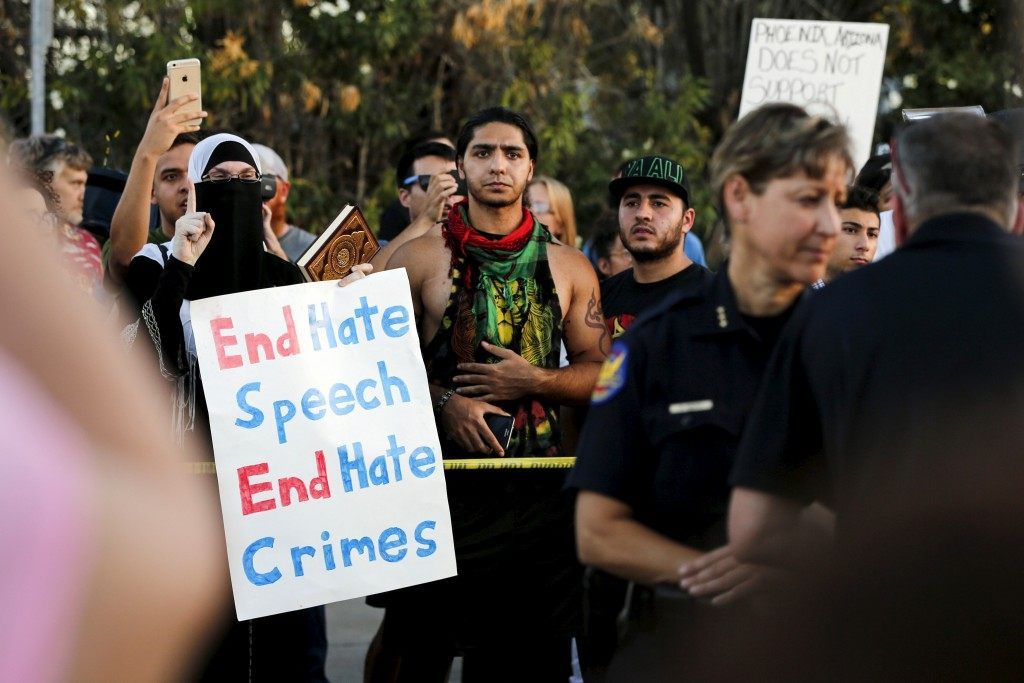 The rally initially was organized by a Phoenix man who says he is a former Marine who fought in the Iraq War and believes Islam is a violent religion. He led about 250 people who carried pistols, assault rifles, American flags and drawings of Muhammad to the Islamic Community Center of Phoenix.

That group was met by an equally sized group of protesters, some holding signs promoting love and peace, who came to show their support for the mosque and Muslim community.

As the two sides argued and yelled, dozens of police officers formed a line between them and kept them separated. There were no reports of injuries or arrests at the protest, which lasted a couple of hours and gained attention around the country on social media. Phoenix police estimated about 500 protesters showed up, roughly 250 on each side.

The protest came about month after a shootout outside a Muhammad cartoon-drawing contest in a Dallas suburb. Two Phoenix men showed up at the event with assault rifles and were killed by police. The men formerly worshipped at the Phoenix mosque where Friday’s protest took place.

Drawings of Muhammad are deemed insulting to many followers of Islam and have sparked violence around the world.